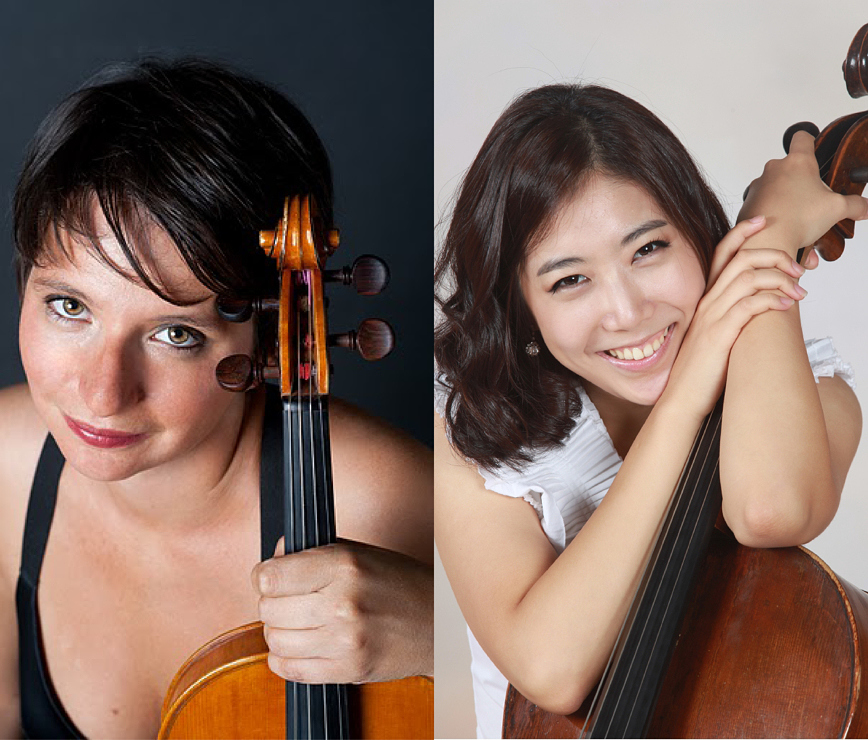 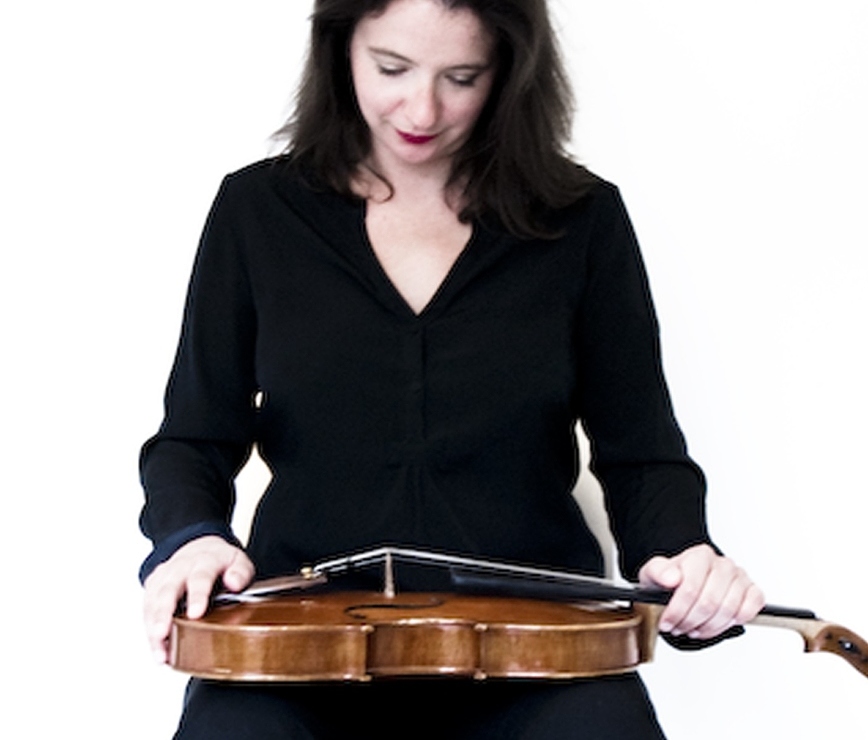 JeongHyoun (Christine) Lee (Cello)
Cellist JeongHyoun (Christine) Lee offers the audience powerful and innovative musical moments. Born in Seoul, Korea, she studied with Orlando Cole, Peter Wiley, and Carter Brey at the Curtis Institute of Music (BM), and Joel Krosnick at the Juilliard School (MM). Since September 2015 she has been studying at the Queen Elisabeth Music Chapel under the direction of Gary Hoffman. She plays with a Satigny bow. His recent engagements range from La Jolla’s Summer Fest Fellowship Artist, to recitals in New York, masterclasses at the Kronberg Academy (Frankfurt) and IMS Prussia Cove in Cornwall as well as a collaboration on contemporary music with Eighth Blackbird and Juilliard AXIOM. During the 2015-16 season, she will perform with the Bergen Philharmonic Orchestra and make her European recital debut at the Auditorium du Louvre in Paris.

Hélène Desaint (Viola)
New voice of the French viola, Hélène Desaint lives the music in the meeting and the sharing, with all that they carry in them of requirement and satisfaction. So many experiences rich in learning and exploration of the self and the instrument – a Giuseppe Sgarbi of 1882 lent by a German patron – in which the young violist radiates. Inspired by the dialogue with performers and composers, Hélène Desaint is naturally drawn towards chamber music and contemporary repertoire – two paths that she has found since her formative years. After beginning in Paris and then in Gennevilliers, she joined the CNSMD Lyon, where she enrolled in many projects and collaborations around the music of today. The rest of her career – the Musikhochschule of Lübeck and the Geneva High School of Music, where she graduated as a soloist in 2011 – is strongly influenced by the teaching of Miguel Da Silva. The residency at the Queen Elisabeth Music Chapel, which she closed with the recording of a Schumann / Kurtág CD to be released in 2018 (Fuga libera), offered her, always under the guidance of her teacher, new and fruitful meetings. musical. She has also been a member for three years of Ensemble 2e2m, in which she strives to defend the modern and contemporary repertoire. Since the 2011-2012 season, the Auvergne Chamber Orchestra entrusted him with the position of solo viola. She has recently appeared as a soloist with Ars Nova at the Philharmonie de Paris and with the Gulbenkian Foundation Orchestra in Lisbon. Hélène Desaint was honored in the Spedidam Generation 2015, and benefited from the recognition and support of Mécénat Musical Société Générale (2009) and Adami (2010).