Fondation Thalie is pleased to join the École Nationale Supérieure des Arts Décoratifs de Paris for the 3rd season of “Creators facing climate emergency” and invites visual artist Irene Kopelman and sociologist Richard Sennett for an in-presence conversation on the theme “Cooperating with the living”.

Launched in 2020 by the Foundation on the initiative of Nathalie Guiot, the series of conversations Creators facing climate emergency mobilizes the bold vision of the artist to imagine possible futures and invites the sharing of knowledge, by collaborating with researchers to reveal scientific facts through the experience of the sensitive. With more than 50 artists and scientists invited in 2 years, these meetings, attended by more than 40,000 people, aim to create collaborations between these two disciplines.

Based on a curatorial proposal by Fondation Thalie, this third season hosted at the École des Arts Décoratifs is organised by Stefano Vendramin, coordinator of the programme Creators facing the climate emergency, in co-construction with Francesca Cozzolino, teacher in human and social sciences, and Patrick Laffont-DeLojo, teacher in stage design at the École des Arts Décoratifs

“We cooperate to accomplish what we cannot do alone,” writes Richard Sennett, sociologist, author and professor at MIT, Columbia University and the LSE. This statement describes equally well the approach of the Argentinian artist Irene Kopelman, who is currently the subject of an exhibition at MAMAC (Nice), whose artistic practice is underpinned by a long-term engagement with scientists and their subjects, ranging from forests to bacteria.
More generally, cooperation, a subject in which Richard Sennett is a specialist, has long played a crucial role in the survival of our species. However, the consequences of the Anthropocene on our planetary resources are now forcing us all to cooperate in unprecedented ways, not only among ourselves, across disciplines and borders, but also with the other species around us. This conversation looks at cooperation as a fundamental tool in the face of our changing climate, through the prism of the relationship between Art and Science.

Richard Sennett currently serves as Chair of the UN Habitat Urban Initiatives Group.  He is Senior Fellow at the Center on Capitalism and Society at Columbia University and Visiting Professor of Urban Studies at MIT.
Previously, he founded the New York Institute for the Humanities, taught at New York University and at the London School of Economics, and served as President of the American Council on Work.
Over the course of the last five decades, he has written about social life in cities, changes in labour, and social theory. His books include The Hidden Injuries of Class, The Fall of Public Man,  The Corrosion of Character, The Culture of the New Capitalism,  The Craftsman, and  Building and Dwelling. Among other awards, he has received the Hegel Prize, the Spinoza Prize, an honorary doctorate from Cambridge University, and the Centennial Medal from Harvard University. Richard Sennett grew up in the Cabrini Green housing project in Chicago.  He attended the Julliard School in New York, where he worked with Claus Adam, cellist of the Julliard Quartet.  He then studied social relations at Harvard, working with David Riesman, and independently with Hannah Arendt.

In partnership with the École des Arts Décoratifs de Paris 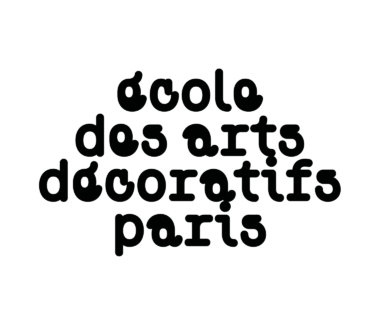 When an artist talks with a scientist to inspire, raise awareness, create new narratives and uses. “Creators facing the climate emergency” starts its third season!  Find all the video encounters and the most recent ones in audio podcasts right here or under the dedicated platforms: Apple podcasts, Google Podcasts, Spotify, Deezer, Stitcher et TunesIn.