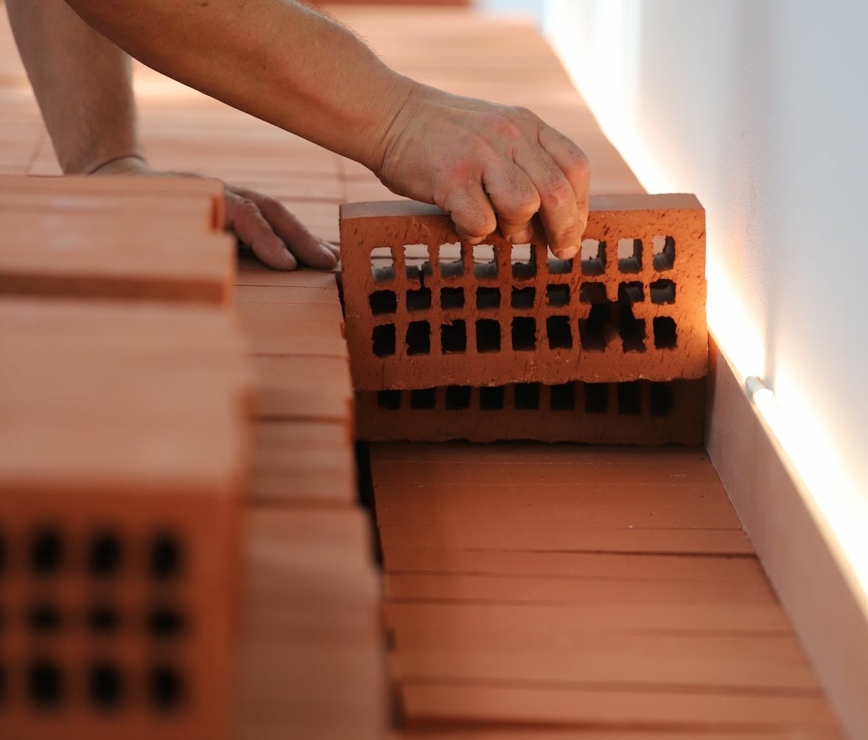 Highlighting the qualities of the space in which it is implanted, this work is the expression of a potent void. An open space, an agora, an in-between praising the space for dialogue that an art space should build. As an architect, I create here the necessary background of an active canvas while underlining the power of the “unfinished” space where speech and exchange embody the place in a setting enriched by matter.

13200 bricks reconstruct this place. Considered to be second-class bricks because of their defects, they were discarded from the construction line. We brought them into the light again, inviting you to take a seat. As they are revalued, they find themselves alive again and thus generate a new cycle. Following this installation, a reuse company will take the bricks back to a new use. Here nothing is lost, everything becomes a resource again, such as an Archaeology of the Future.