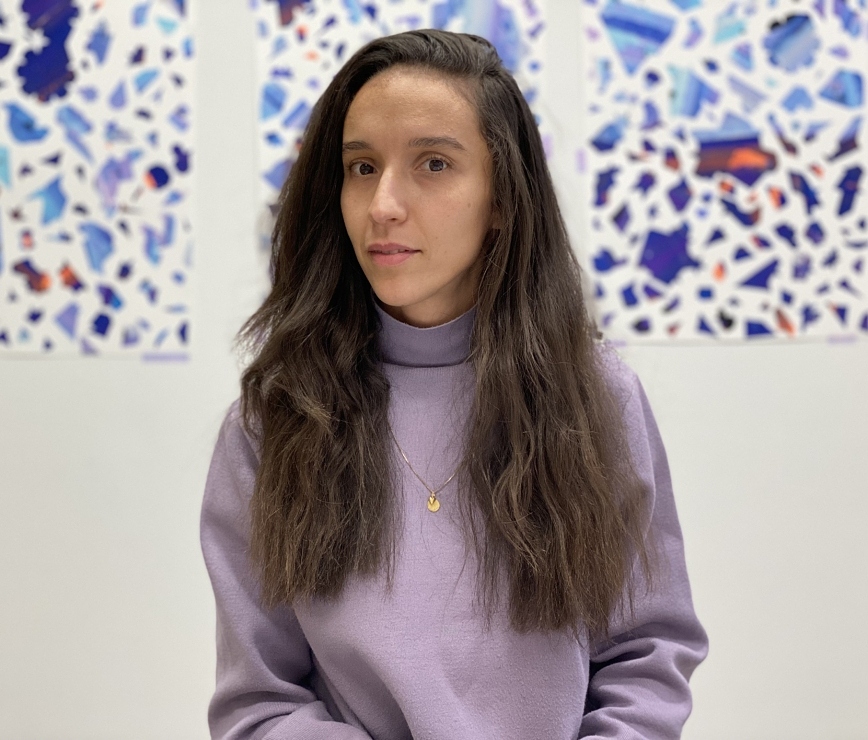 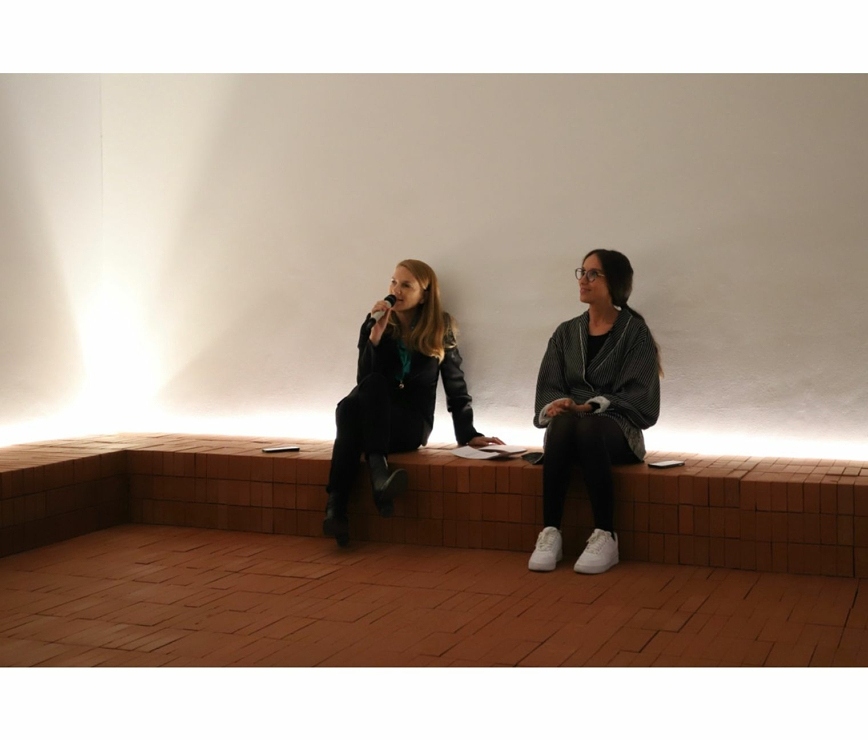 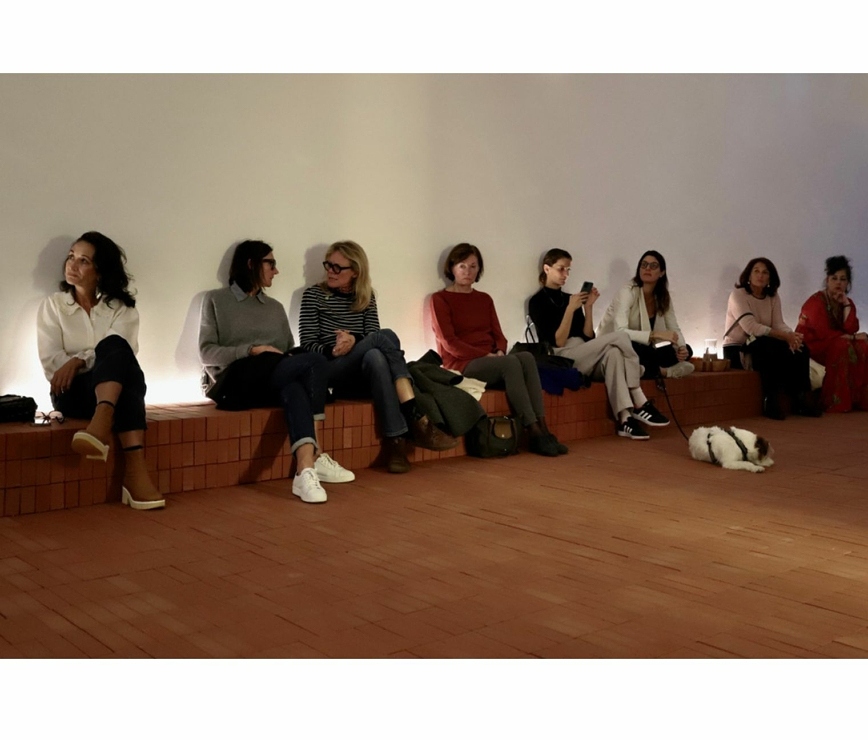 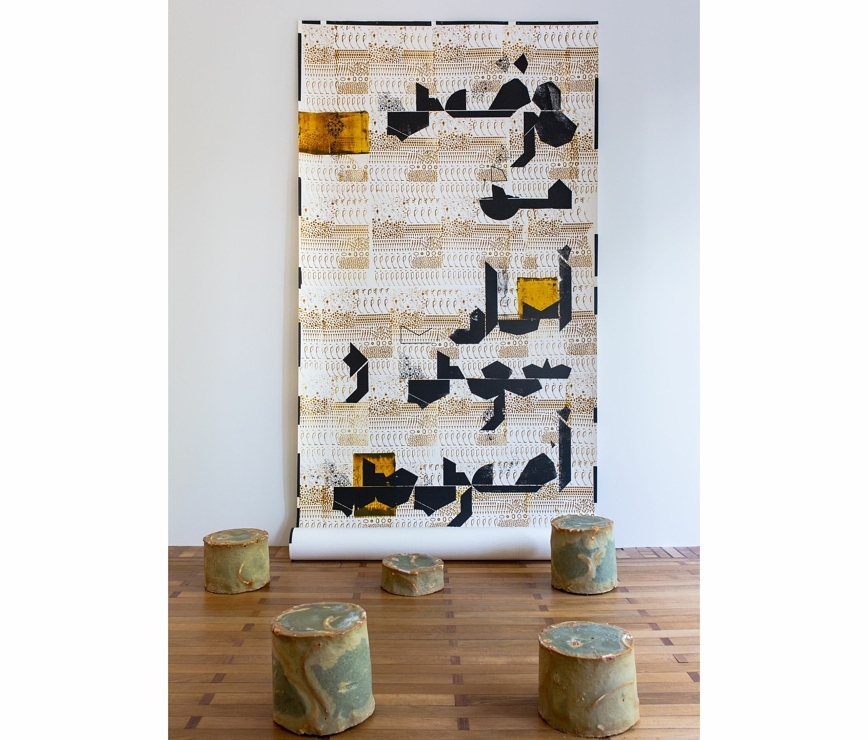 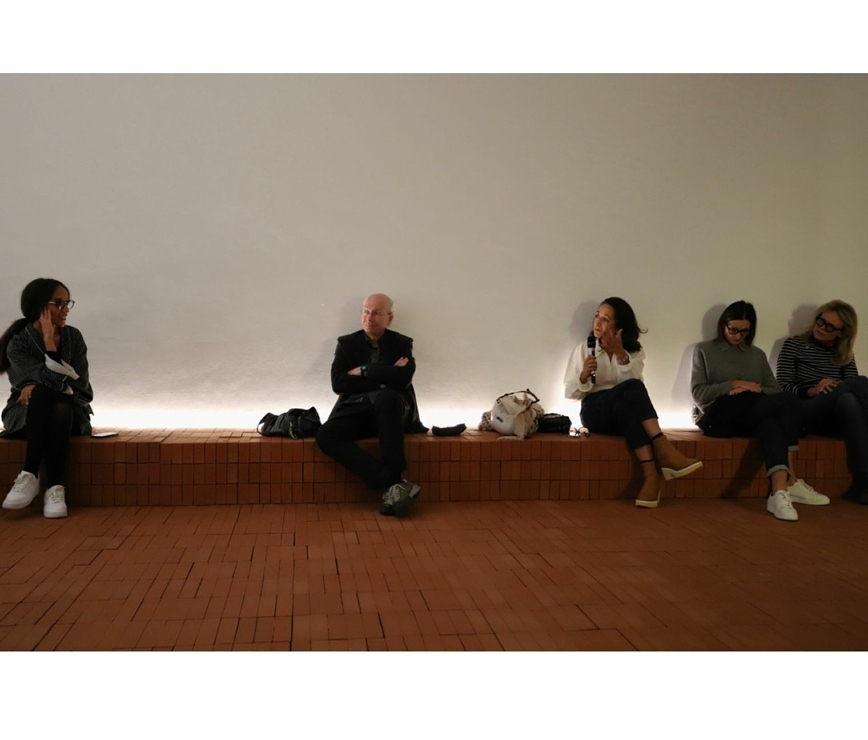 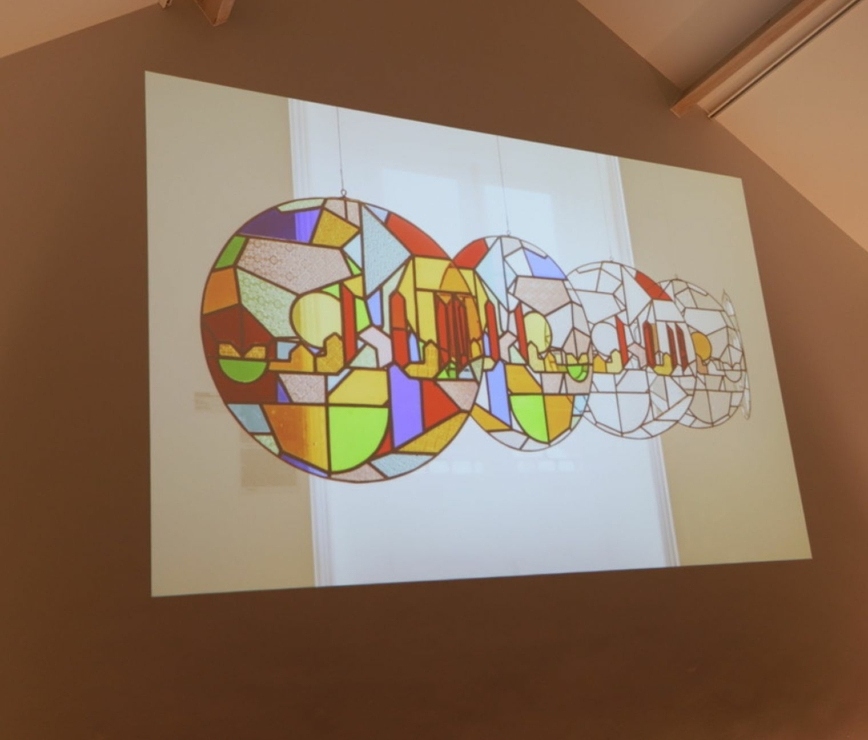 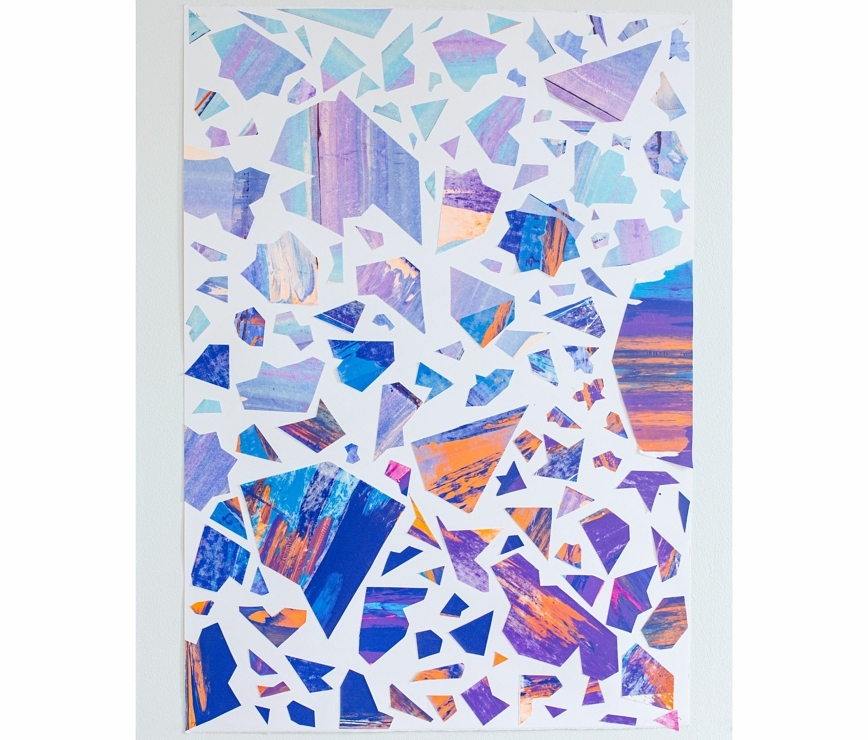 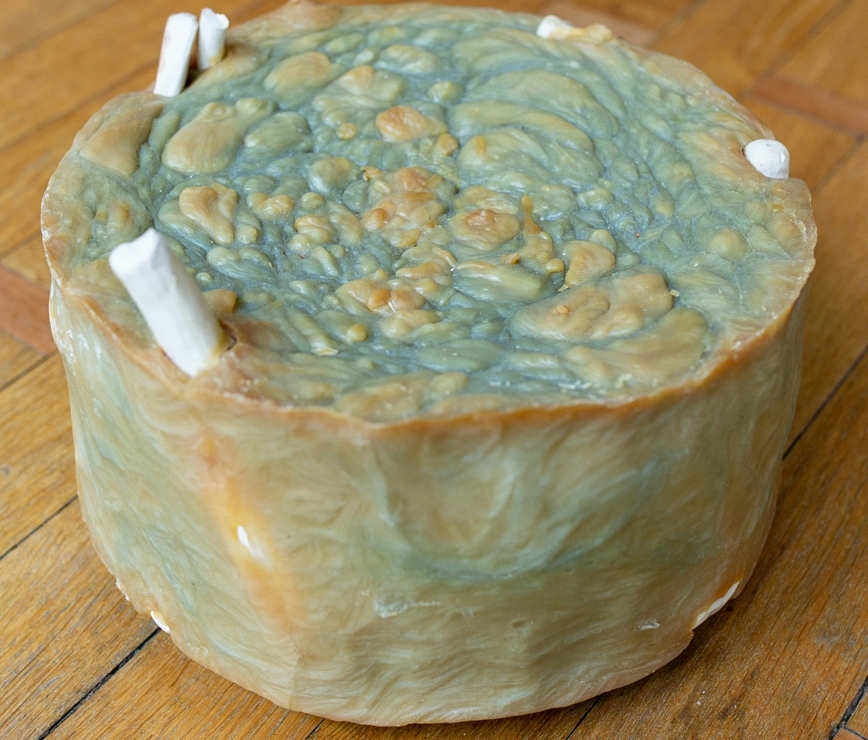 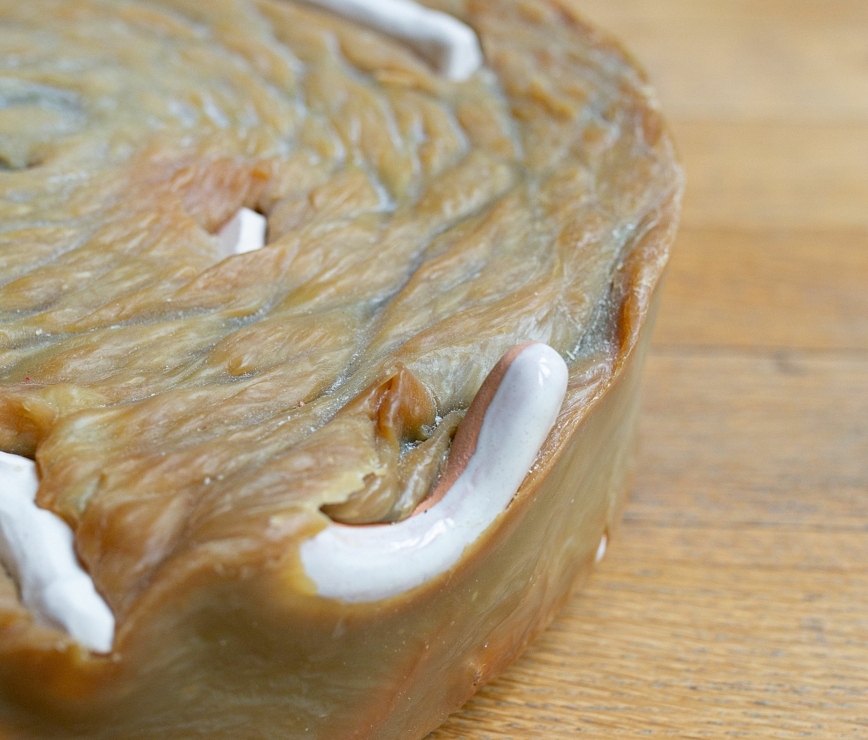 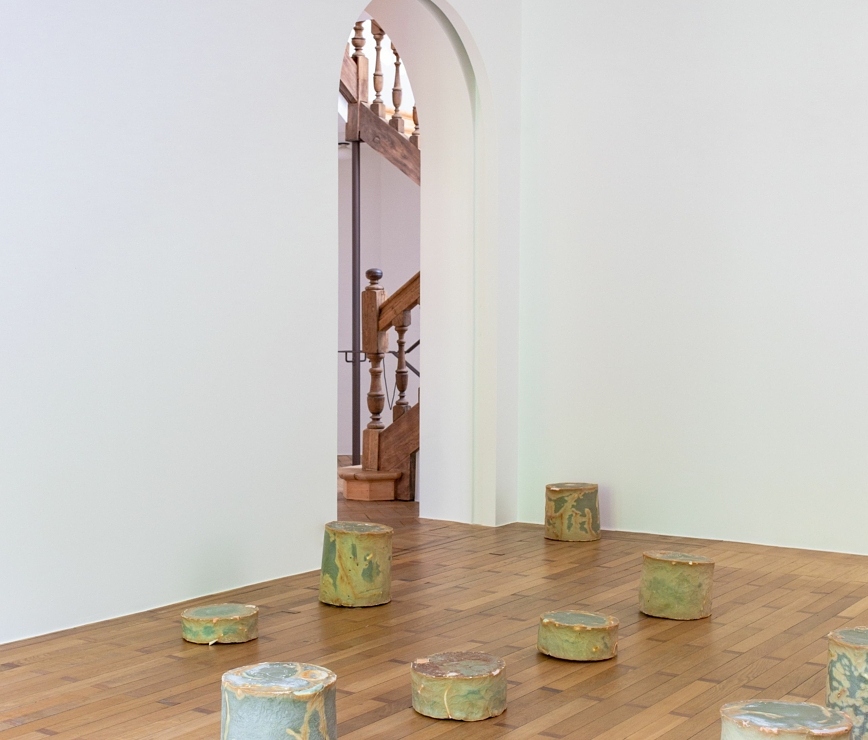 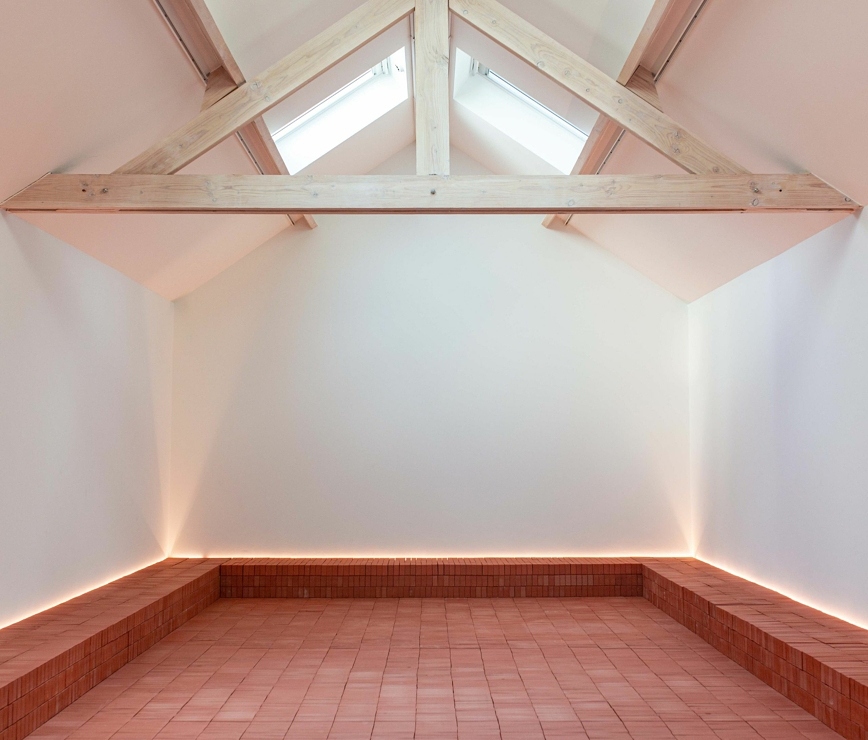 As part of the Warché exhibit, curated by Anissa Touati, the Foundation invites the visual artist Sara Ouhaddou for an exclusive talk in dialogue with Nathalie Guiot, Founder.

The exhibition Warché, meaning “worksite“ in Arabic, presents Lebanese architect Lina Ghotmeh‘s immersive installation made from 13,200 reused bricks, alongside visual artists Emilija Škarnulytė, Lithuanian, and Sara Ouhaddou, French-Moroccan.
Warché is rooted in the history of Beirut, continues in the sunken Roman city of Baiae and the geometric Arab architectures where we simultaneously become witnesses of a future, contemporary and past world.
Conceived as an agora, the exhibition invites us to think about our relationship with time as a witness of our passage on earth and questions our interpretations of the city, both political and poetic.

In a constant dialogue between tradition and modernity, Sara Ouhaddou recovers illustrated plans of Islamic geometry and deconstructs them in order to create new shapes: a geometrical alphabet. In this process, she is inspired by architecture, written Arabic, and Berber symbols of craftsmanship; she unveils a new series of collages created from images of fragments of sky. Here, archaeology is ambivalently about disappearance/appearance, exalting the emergence of vestiges (whether fictive or real).

During her residency at FRAEME (Marseille) in 2019, the artist continues her research on the history of alphabets–which reveal the identities and successive evolutions of a civilization with the installation “Je te rends ce qui m’appartient / Tu me rends ce qui t’appartient” [“I return what belongs to me / You return what belongs to you”], made of Marseille soap, and commissioned by Manifesta 13 Marseille. Foreign bodies, ceramic bones from the excavated objects, appear stuck there. These columns, both organic and mineral, are made up of the knowledge exchanged in the Middle Ages between the Arab-Andalusian world and Marseille. They testify to the artist’s interest in little-known passageways and found objects discovered in various archaeological excavations of the city and its environs, which, in turn, cast doubt or deconstruct complex stories about the city.

Born in France in 1986 to a Moroccan family, Sara Ouhaddou’s dual culture shapes her artistic practice as a continuous language. Beginning her career as an industrial designer, she later developed a more artistic and social practice, addressing the challenges faced by crafting communities. She questions the role of design as a tool for economic, social and cultural emancipation, particularly in the Arab world. The Arabic language is an important theme in her work. She dissects Arabic letters into abstract symbols, transforming them into a language of their own. By sharing with us her questioning of the transformations of her heritage, she puts traditional Moroccan arts and the codes of contemporary art in tension in order to put forgotten cultural realities into perspective. She is represented by Galerie Polaris (Paris), her work has been exhibited at numerous institutions including the Muceum (Marseille), the Museo Nacional Centro de Arte Reina Sofía (Madrid), Z33 (Hasselt), the Centre Pompidou, the Palais de Tokyo, the Institut des Cultures d’Islam and the Bauhaus in Dessau. She has just been selected to be part of the residency program of the Villa Albertine in 2023.

Exhibition from 8 September to 10 December 2022
From Wednesday to Friday from 12pm to 6pm, on Saturday from 11am to 6pm