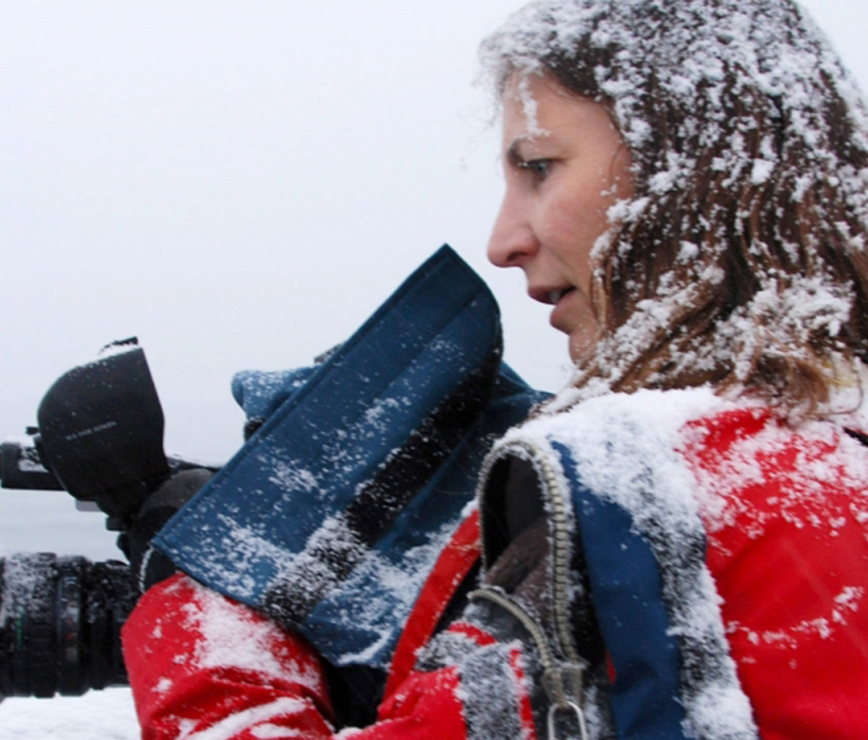 Following the success of the Equinoxes poetry platform, the Foundation keeps extending the poets community bringing together writers, artists and musicians for an evening of readings and performances on the theme of the audacity.

Join us live on the Foundation’s website on Thursday 17 June!
Send us your text and read with us live: here

“Faced with the idiocy of the algorithm, the audacity to think backwards, to rebel, to remain SELF”
Marie de Brugerolle about a text by Nathalie Guiot

“To be born, is it not the greatest audacity of existence? ”
Eric Duvoisin

“Daring: a tree under the sky in the early morning.
Daring: the flame in the flower. ”
Mathilde Vischer

My audacity:
“I decide to be new and regenerated and without projections on my life.
I decide to accept the unrolling of the immense carpet of mystery that I do not know.
I decide to take my heart in my arms and cradle it until it stops shaking.
I decide to be me, this stranger.
…
I accept my strength, my cracks and my light.”
Estelle Meyer

“In the heat of my thoughts, audacity is thrown like an ember: this word rings strangely in my ears, provokes a little fright, close to the call of the void, because suddenly I realise that it rhymes with filasse. With “brouasse”. But no!  It is alive, it is in “ace”, it is on the spot, frank, vivacious, it embraces and embraces, it embraces me, this word… it sounds like the death knell, it freezes me and I look for that: if there is a collapse in audacity, there is, I believe, a new beginning, a dawn of audacity, a dawn, a gift hidden in the word itself. Audacity is first of all anagram! AUDACITY AS A GIFT”.
Marion Collé

Special thanks to Antonio Rodriguez

Should you wish to take part to poetic platform Equinoxes and read a text with us, send us your poems here.

1) Boris Bergmann is a writer. His latest book, Les Corps insurgés (Calmann Lévy, 2020) received the Félix Fénéon prize. For Équinoxes, he will read texts from René Daumal – an author who fascinates him and to whom he is dedicating an exhibition (“Monts Analogues”, FRAC Champagne Ardenne, 17 September-23 December 2021) and a publication (Les Monts Analogues, René Daumal, Gallimard, October 2021) with the support of Fondation Thalie.

2) Mathilde Vischer is a poetry translator, professor at the Faculty of Translation and Interpretation in Geneva, and a poet. Alongside her translations of poems from Italian, she has published two books of poems: Lisières (2014) and Comme une étoile tombe dans la nuit (2019). She has also published her texts in N47, Arpa; in Le Courrier; and on the websites Recours au poème and Terre à ciel. She received the Louis Guillaume Prose Poem Prize and the Terra Nova Prize (2015) for Lisières.
Her reading is entitled Le corps du feu.

3) Estelle Meyer is an actress and singer. She trained at the Conservatoire National Supérieur d’Art Dramatique de Paris. In the theatre, she is, among other things, the last Assyrian emperor for Josephine Serre in Data Mossoul at the Théâtre de la Colline; Princess Europe for the Birgit Ensemble at the IN Festival in Avignon; the Queen of the Fairies for Guillaume Vincent at the Théâtre de l’Odeon; the Pharaoh Hatschepsout for Arte; the voice of Amy Winehouse for Benjamin Abitan on France Culture and she can be found in Andando, a musical show directed by Daniel San Pedro at the Bouffes du Nord. In the cinema… in the theatre again… and to come… Under her dress, her heart. And we are all her sisters.
Her reading is entitled Vivre, quelle immense audace!

5) Nathalie Guiot
She has founded Fondation Thalie. Behind the Foundation, or in front of it, there is Nathalie Guiot, and it is she who supports artists, women, creation and ecology, books and poetry… and it is thanks to her that these Equinoxes evenings exist.
Her reading is entitled Marguerite (reading in pair with Barbara Polla)

6) Marion Collé thinks and creates with her body. A former student of the Académie Fratellini and a fil-de-fériste, she completed her circus training at the Centre National des Arts du Cirque. Poetry is the second thread of Marion Collé’s life, and she has published Être fil with Bruno Doucey. She created the Collectif Porte27, and collaborates with Véronique Caye. This is what she says about poetry: “Poetry saves the world. It claims our inner reality, even when we feel isolated and precarious. It is solitude, a journey to and from oneself, wandering, the quest for beauty, without ego, without power relations. It is simply about going towards oneself and one’s writing. ”
Her reading is entitled Anagram. Anagram, invented and written for us.

7) Joseph Schiano di Lombo
Through visual, musical and literary works, he balances nowhere, on the periphery of this text. From his training as an instrumentalist, he has a propensity to let himself be crossed by the paths he takes, like an interpreter; halfway between the marked paths and the off-trail, the noble and the trivial, the conceptual and the sensual, the core and the envelope, between what a thing is and what it is not, his subjects, references and constraints become muses that he has fun making sound different. Behind these stylistic exercises and alchemical processes, he plays with everything and reveals, by re-presenting them to the world, new possibilities of being.
His reading is entitled Les Mouettes, a text from the Pléiade of the Taoist Philosophers.

8) Christine Guinard
Poet, musician, video artist, author of Sténopé (poetry prize of the City of Rambouillet/Arts et Lettres, finalist of the Grand Prix de poésie de la SGDL 2020), a collection that “attempts to cry out, again and again, to those who are excluded, thrown away, rejected, brothers, sisters, from this territory of which we are a little you and I, all of us, from this humanity that is being forgotten…”
Her reading is entitled “Sorcière(s) / rouge”. Initially, a video extracted from a video triptych created during a residency at the Cent-Quatre Paris and which was entitled Mnemosyne(s). This is the third part, Mnemosyne(s) THREE.
Invited to the “To be a woman” festival in Baku at the end of 2019, Christine Guinard worked again on it by inserting her text “Sorcière” published in Sténopé. The video became “Sorcière(s) / rouge”.

9) Astrid Chaffringeon is an author. A committed feminist, she writes and works alone or in partnership with artists on the notions of borders and displacement, and also on violence. She has written several novels: the latest, Je ne chasse pas sur mon territoire, was published by élements de langage in the autumn of 2020: “a feminist novel with bewitching force”. Astrid forces and plays bold and has written a text specifically for this evening.
Her reading is entitled De quoi j’ai l’air.

10) Eric Duvoisin was born in 1975 in Yverdon-les-Bains, Switzerland. He currently teaches French and history at the high school in Bern, where he lives with his family. He has published texts in journals as well as two collections of poetry: in 2011, Paysage rapace, in 2016, Ordre de marche, published by Samizdat in Geneva. His next collection, Ganga, is to be published in November 2021. He has participated in the animation of the website poesieromande.ch
His reading is entitled Le rêve du ventre. The narrator describes the great adventure of coming into the world: a father watches his partner’s belly grow and dreams of the embryo that will become a body, then a newborn.

11) Julie Delaloye was awarded the Prix de la Vocation by the Fondation Bleustein-Blanchet in Paris in 2008, with her first collection “Dans un ciel de février” published by Cheyne in 2008. A second collection was published in 2015, “Malgré la neige” (Despite the snow) by Cheyne (final selection for the 2016 Apollinaire Prize). Julie Delaloye is also a hospital doctor, specialising in internal medicine, infectiology and intensive care. As a result of her dual vocation as a doctor and a poet, she has been reflecting on the place of poetry in medicine and in the medical history of patients. Since 2016, Julie Delaloye has been organising “Le Printemps de la poésie” in hospitals in French-speaking Switzerland, with the aim of making poetry accessible to patients. Poetry distributions, exhibitions, readings and poetry meetings are thus organised every year in hospitals in French-speaking Switzerland.
Her reading is Ce qu’il reste de joie.

12) Nathalie Vanderlinden calls herself a poet, because poetry is life, poetry is everywhere you want to see it and experience it. In a cup of tea, in a child’s smile, in the smell left by another person. Every encounter leaves a trace.
Her reading is entitled for and not against, a text read in April at the occupation gallery of the Théâtre de la Monnaie. It’s about daring to say to be free and to be FOR.