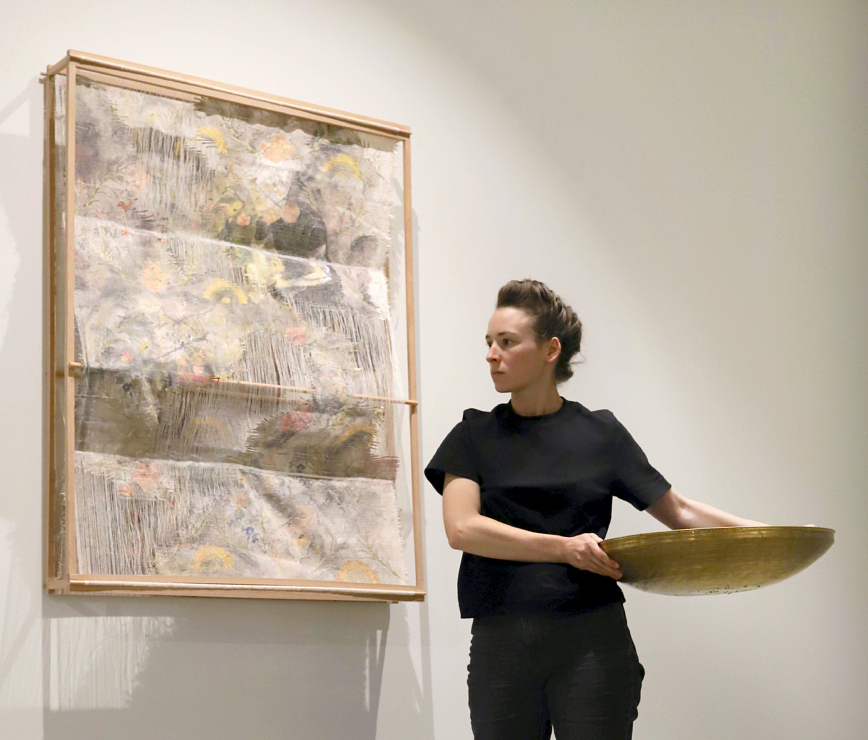 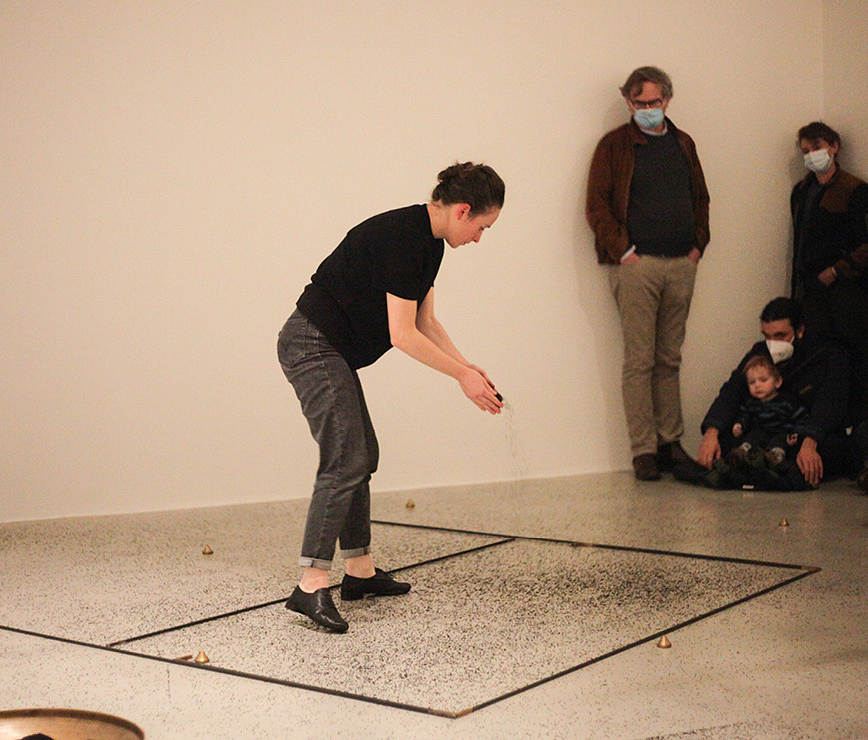 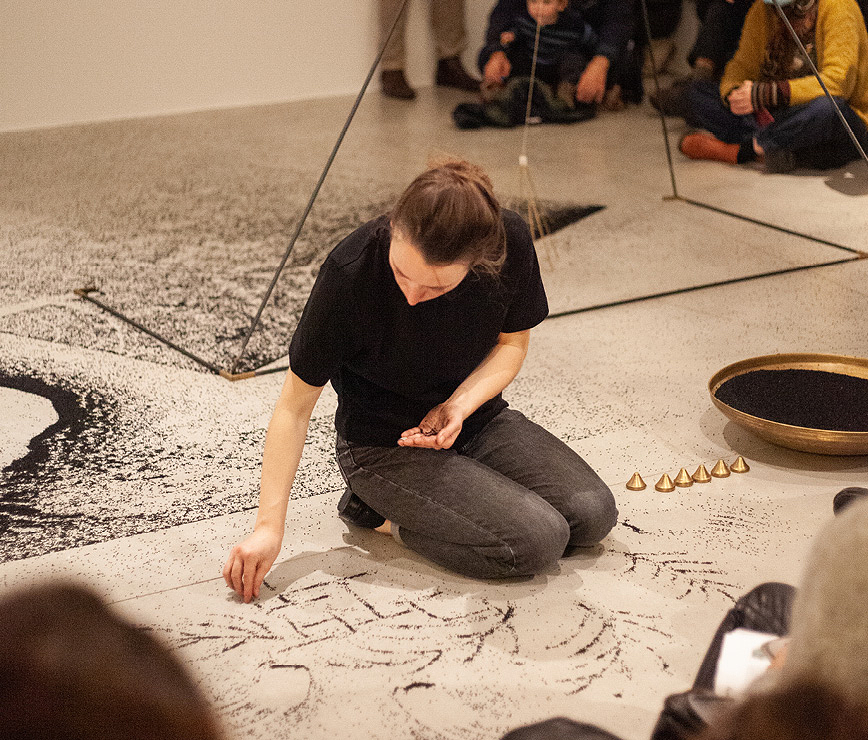 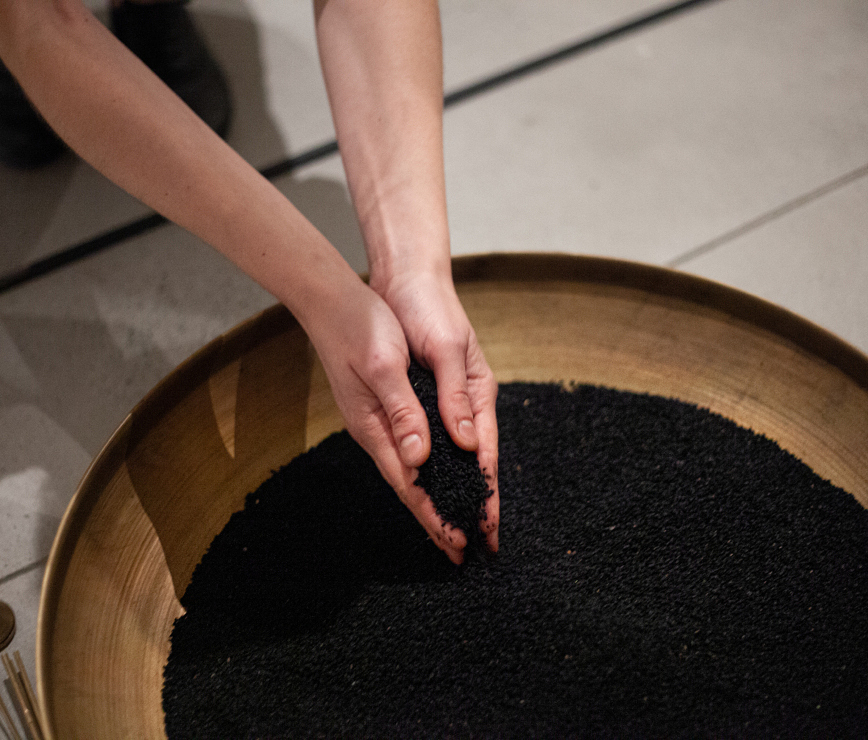 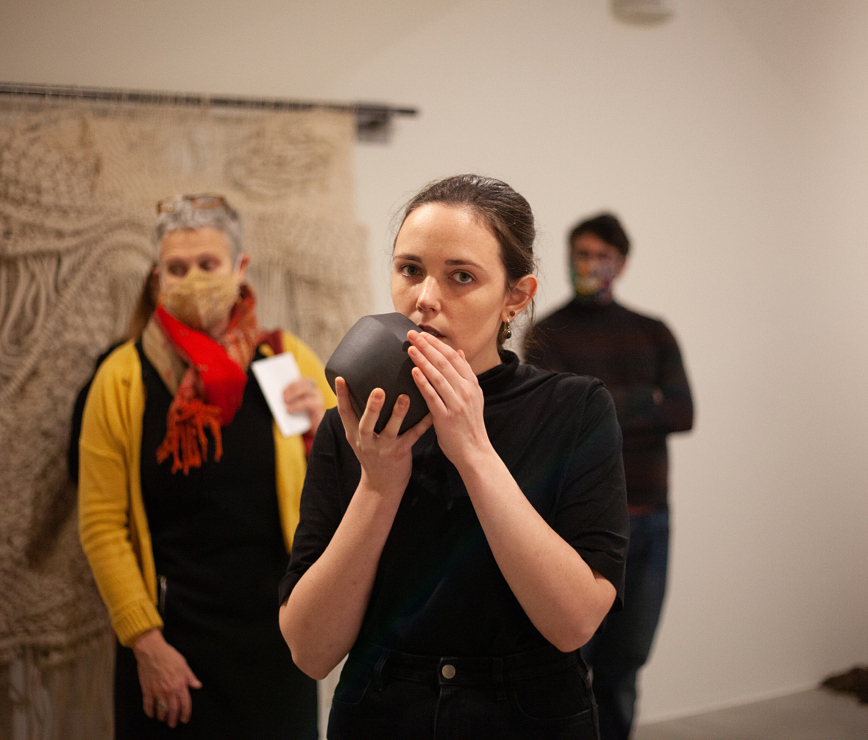 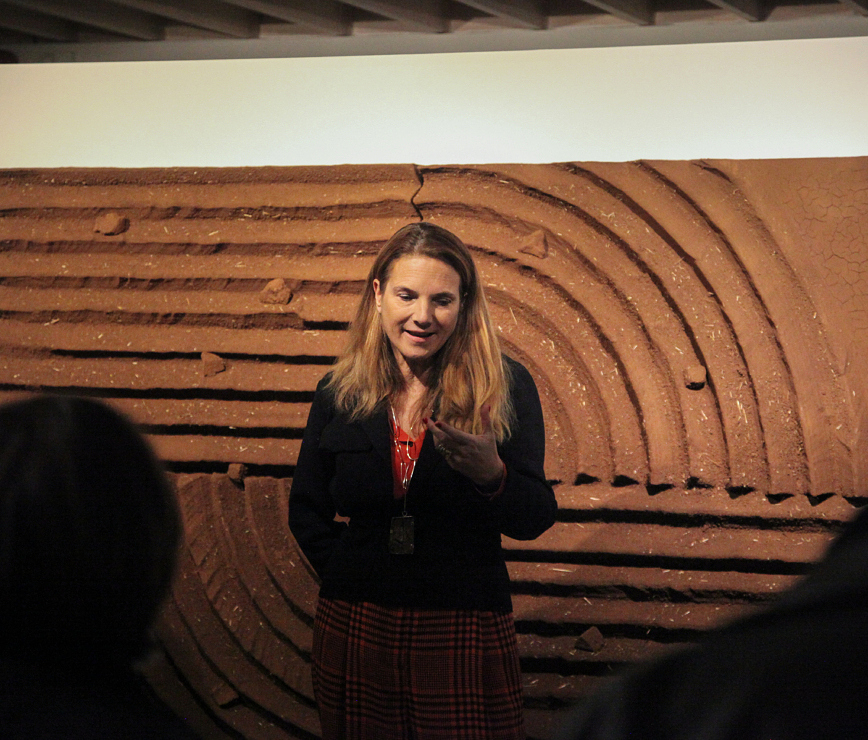 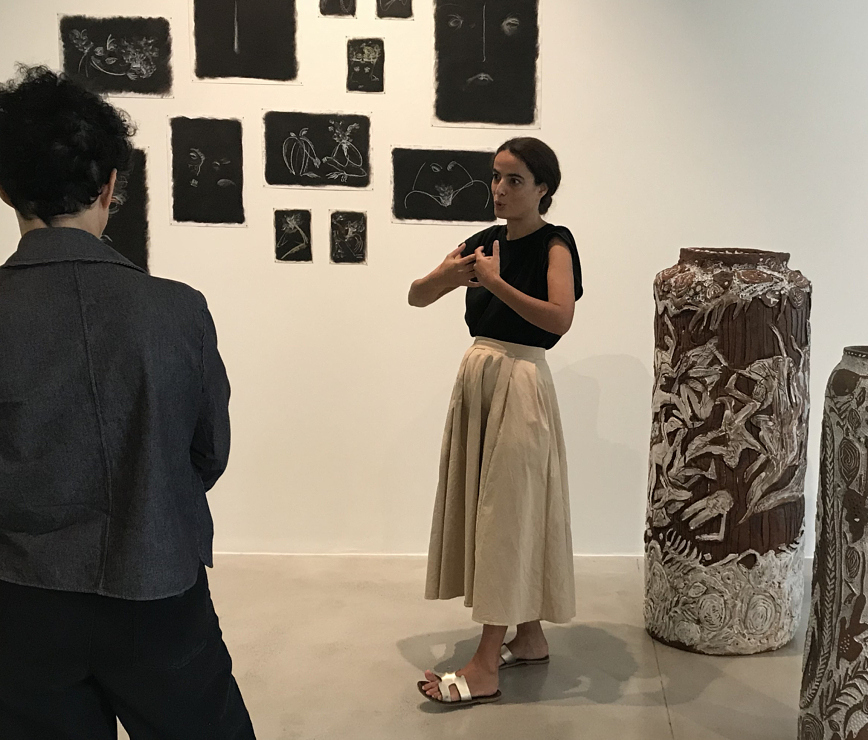 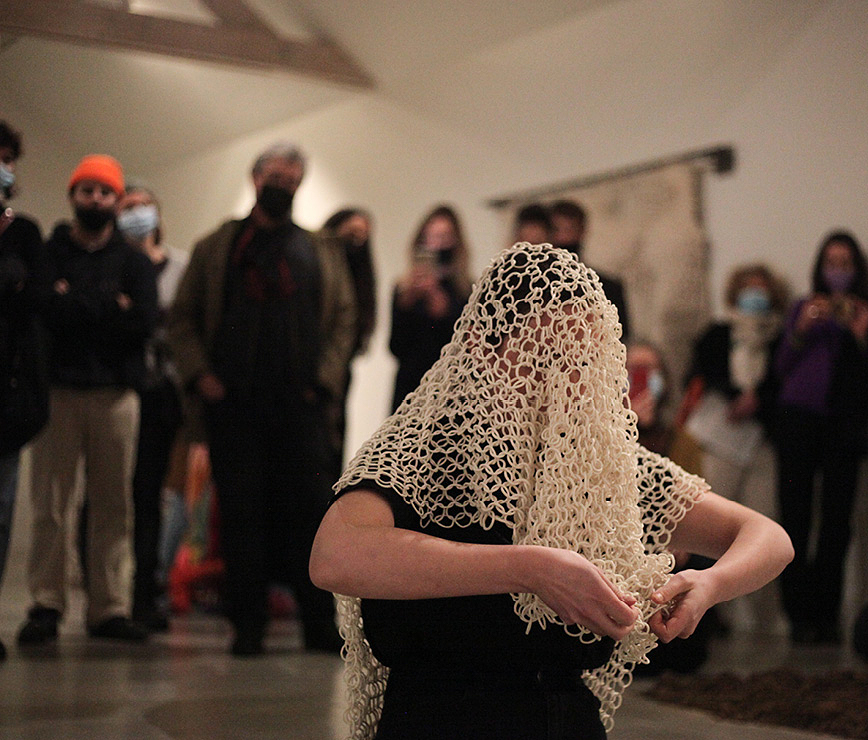 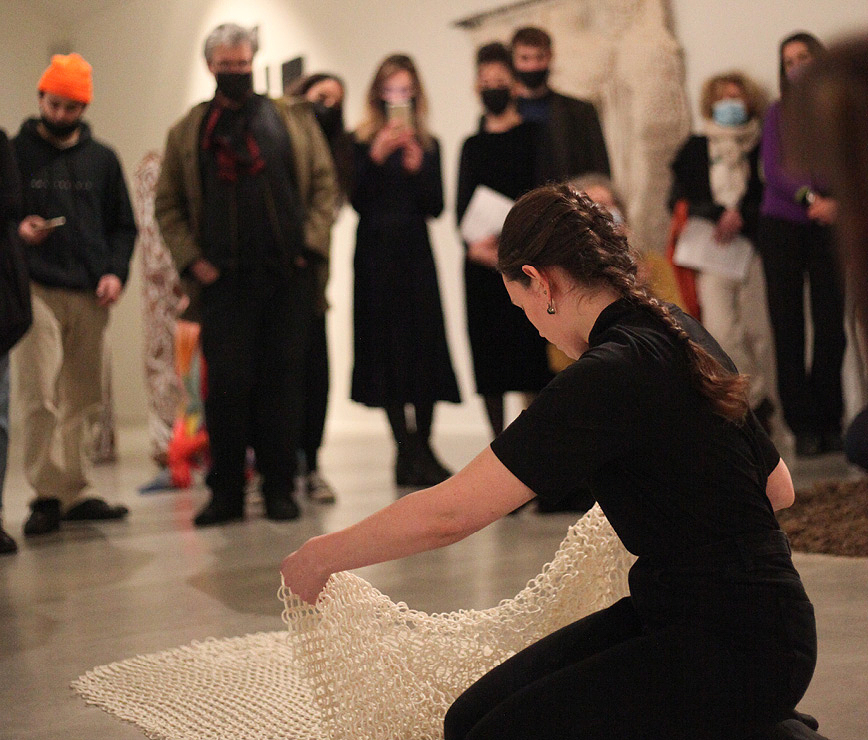 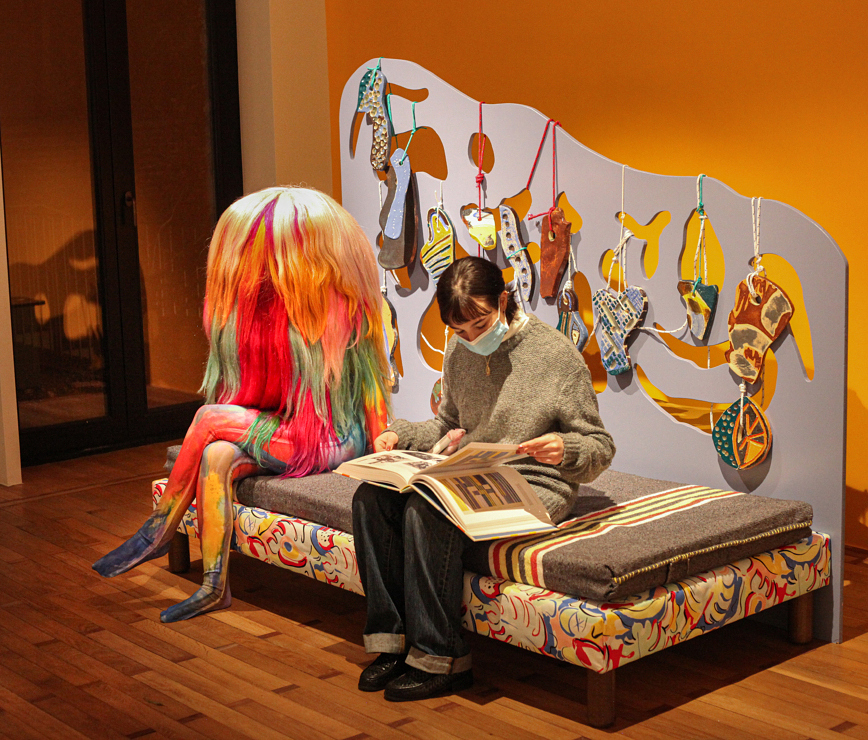 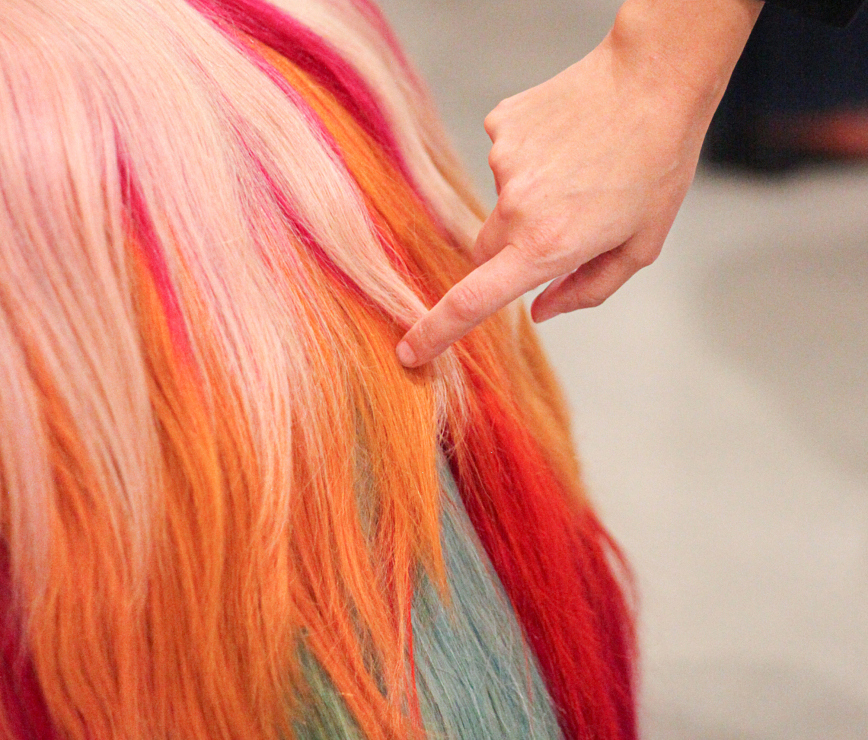 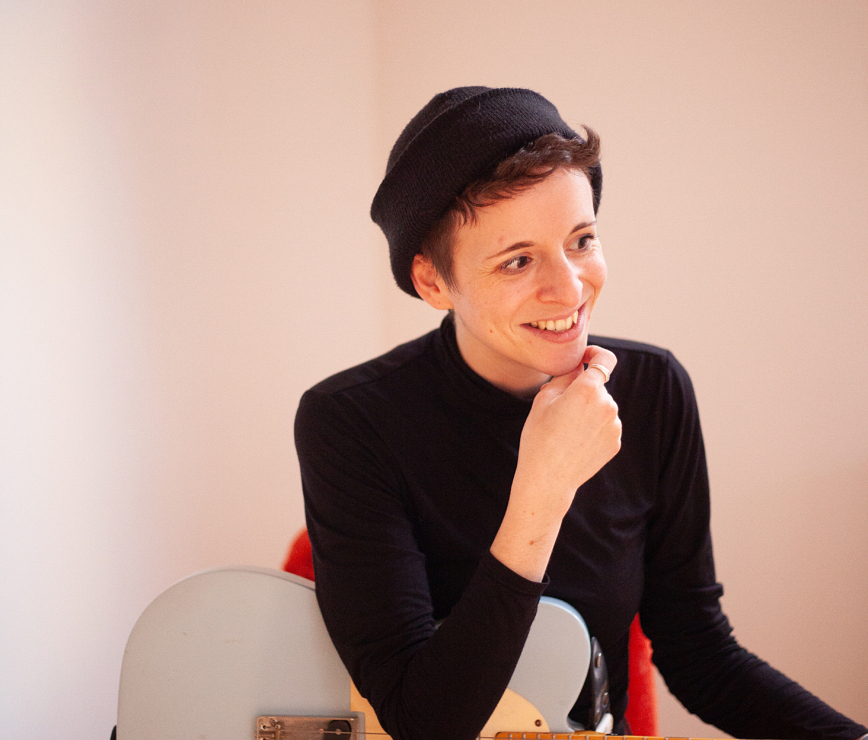 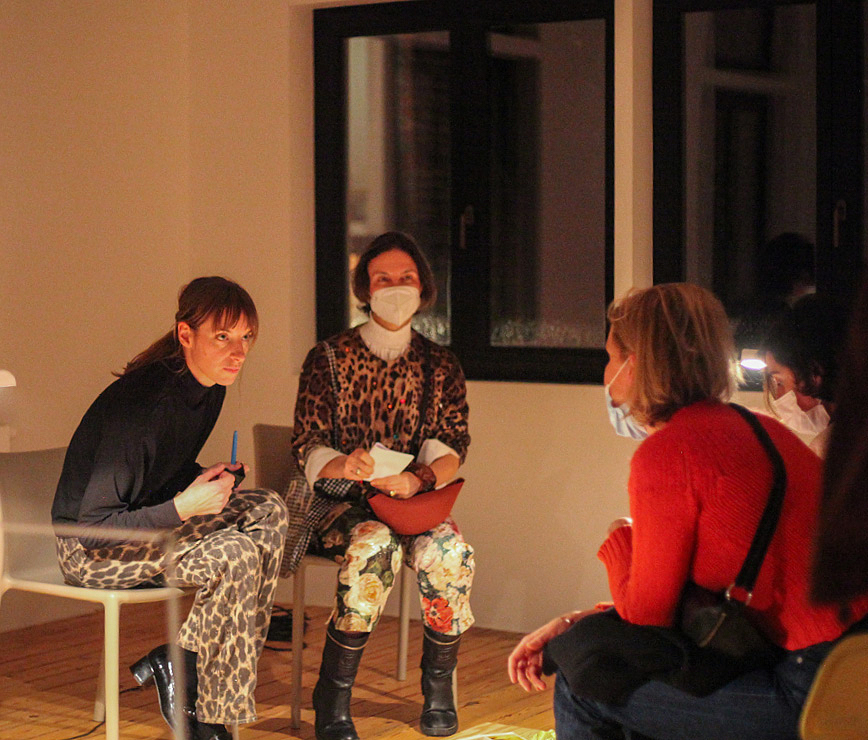 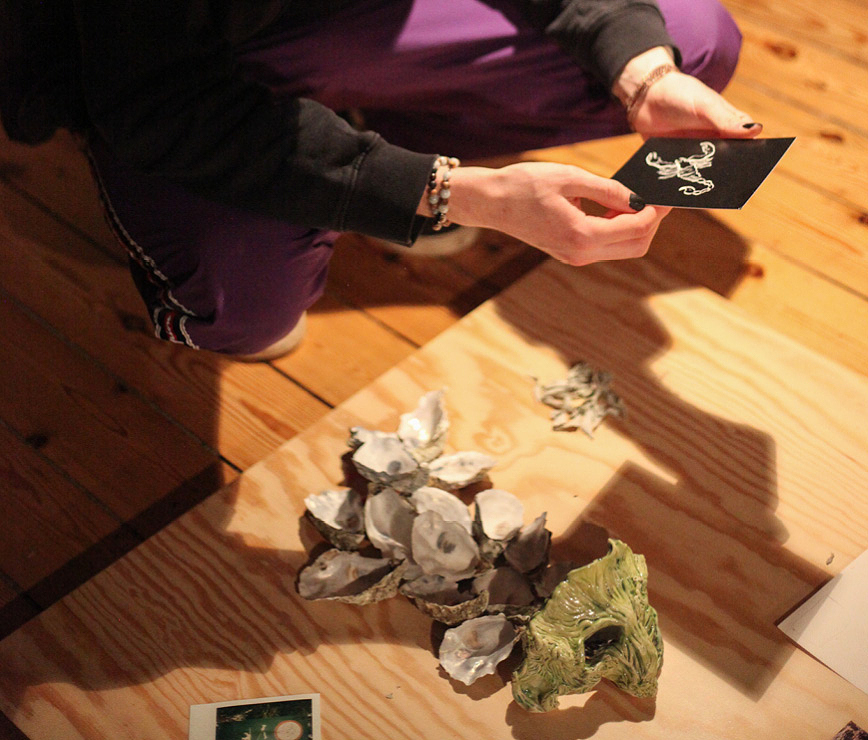 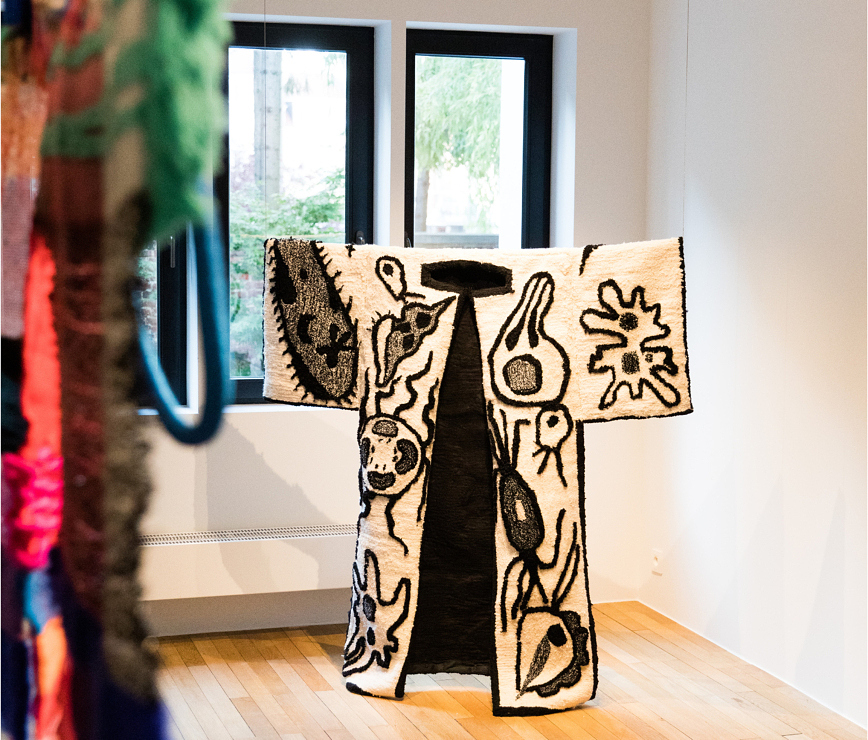 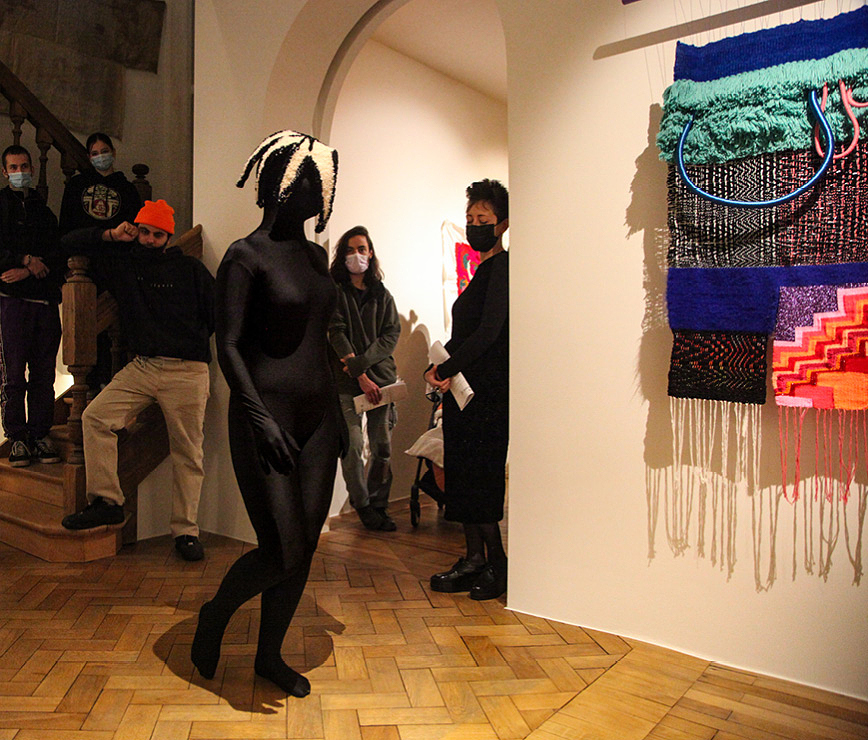 On the occasion of the last weekend of the group exhibition The Sowers, the Foundation has hosted a special programming of performances by Elise Peroi, Julie Monot and Léna Babinet, along with a commented tour by curators, Nathalie Guiot and Anissa Touati.

The Sowers brought together 26 international artists around a sensitive dialogue between the earth and the textile thread. In a poetic and spiritual atmosphere, the exhibition highlights a plurality of forms and traditions updated by emerging creation. Jute, embroidery, recycled fabrics reveal the plurality of uses of the material, all marked by an ecological awareness.

Open Studio from 4 to 6 pm
On the occasion of the closure of the exhibition, the foundation is delighted to introduce poet Annelyse Gelman and visual artist Zoe Williams of the third session of the Visual Arts & Creative Writing research residency, in the presence of Joël Riff, guest curator of the 2021 residencies. Read More

Julie Monot (b. 1978, Switzerland) is graduated from the HEAD, Geneva and the ECAL, Lausanne. She is interested in the ritualistic potential of sculpture and its relationship to performance and theater. For the closure of The Sowers, she will perform SEE WHAT, a colourful and shaggy character that embodies the wild inhabitant of this exhibition. The performance first activated at the Swiss Institute, refers directly to a work by Remy Zaugg entitled “ICH/ICHE SEHE/DICH” (1998). For Julie Monot, it has been the pretext to resume and prolong her interest in the figure of the savage with a work made out of dyed hair that animates the exhibition rooms.

Coming from the field of art crafts, Elise Peroi (b. 1990, France) is nourished by the importance of the gesture that goes along with the process of making and allows a shifting boundary between finished/infinite state. The performance Seuil that Elise Peroi activates echoes with the textile work Semer she presents in The Sowers. She associates thin, geometric steel structures that seem to project the contours of the weavings into space and act as an interweaving of lines of force. The performance deals with the relationship to space and habitat drawing common threads with gardens as sacred spaces. The spirituality of Persian gardens merges with the beauty and simplicity of Japanese Zen gardens, which in a miniature way tried to reproduce natureʼs essence.

Between installation and performance, the exhibition space takes on the appearance of a visual construction that evolves and refers to different languages of the image.

Léna Babinet (1994, France) is a young French ceramist graduated from La Cambre (Belgium). She links technical and technological dimensions to her sensitive and poetic work to question the imprint, the trace, the memory, the inheritance, the transmission. She will activate two performances, the first Ce qu’il reste (What Remains) is a ceramic veil featured in the exhibition that she will manipulate in a soft and slow choreography, referring to the memory.
Après résonance (After Resonance) is a chanted performance based on acoustic porcelain pots. The performance explores the relationship between the old and the future, the very archaic and the digital imaginary. Ceramics are able to hold stories, the acoustic pots carry within them the echo of voices from the past. In this performance, the objects are used as resonant bodies, tools to transform and amplify the voice.

BACK IN IMAGES — Closure event The Sowers