The foundation needs you.

“I wanted a place that brings together and fosters a community; a place for artists, the primary actors in this long-term project. A public meeting place for sharing and hosting encounters around creation. Traversing across modes of operation, the domestic space of the foundation aims to represent processes of engaged creation through speech, gestures, dance and texts; a sharing of knowledge and an ambition to de-compartmentalize artistic practices. A place that activates thought and prompts investigation into the great challenges of our society through the medium of art.”

Now an author, curator, publisher and art collector, Nathalie Guiot studied journalism and communication. She founded Anabet Éditions in the 2000s and in 2012, created Thalie Art Project, an association that produces artistic and performative encounters. The association became a private foundation in 2014. Founding member of the Tokyo Art Club (Palais de Tokyo), Nathalie Guiot is a member of the Design Acquisition Committee at the Pompidou Center and active patron of other cultural institutions in France and Belgium.

On the initiative of the Thalie fund (hosted by the King Baudouin Foundation), she is committed to education issues, initiating and supporting an artistic and educational program in a school referred for the ‘untouchable caste’ in India.
Nathalie Guiot was also curator of the exhibitions Textile Language (2013) on the Indian art scene and Wabi Sabi Shima in the Japanese art scene (2015), as well as producer of Experienz (2013), a performance platform at WIELS. She is the author of “Collectors, the VIPs of contemporary art” (Anabet Éditions, 2008), “Conversations, the artist and the collector”, (BlackJack Editions, 2013).

The Board of the foundation 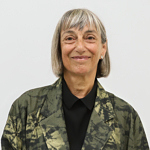 Caroline Mierop
Architect and urban planner by training, Caroline Mierop was director of the National School of visual arts of La Cambre from 2003 to 2017.
She taught for twenty years, in Brussels and elsewhere in the world, and created and directed the Foundation for Architecture in Brussels from 1985 to 1992. 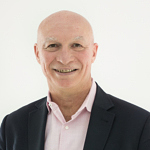 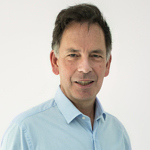 Laurent Issaurat
A graduate in political science, finance and art history, Laurent Issaurat is responsible for art banking at Société Générale.
He has just published with Eye to Eye Books a book entitled Outstanding Visual Artists of Today that allows any art lover to understand the importance of artists while ignoring their ratings. 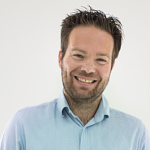 Thibaut Bastin
Thibault Bastin has worked at Kingfischer France, Ernst & Young and Landwell & Associates, among others.
Since October 2015, Thibault Bastin is AFIR’s legal and tax manager.