“Les Formes du textes” (forms of the texts) is a cycle of conversations on the notion of text and language in contemporary writing workshop at ENSAV La Cambre.

For this event, the author Tiphaine Samoyault and the artists Agnès Thurnauer will be continuously projecting images of the “Matrix” alphabet, created by Agnès Thurnauer, on-screen.

The alphabet thus reveals its forms. They will write each of the 26 letters of the alphabet onto a small card, which will then be dropped into a hat. The author and artist will divide 26 letters and create a short text for each of the 13 letters that they have picked, respectively. The hat will then be offered to the audience to draw a letter at random. Depending on which letter it is, either Tiphaine or Agnès will read or improvise on the word attributed to that letter. For example: A for Animal, B for Body, W for Writing, P for Painting. The exercise will continue until the hat has been emptied.

Tiphaine Samoyault lives in Paris and teaches comparative literature at the University Paris 3. She is the author of essays, stories and literary translations. In 2015, her biography of Roland Barthes was published by Seuil.

Agnès Thurnauer is a French-Swiss artist. As a self-taught painter, she was trained in video filmmaking at the Ecole nationale supérieure des Arts Décoratifs in Paris. Her work addresses the question of pictorial language, and creates a space in which the figurative and the abstract enter into a dialogue, to create new visions. Agnès Thurnauer is represented by the Galerie Valérie Bach, Brussels and Nadine Gandy, Bratislava.

Moderation: Gilles Collard, philosopher, author and head of the writing program at ENSAV.

Thalie Art Foundation published A comme Boa, a collection of visual and textual poems by Agnès Thurnauer and Tiphaine Samoyault, an artist’s book that will be on sale during this gathering.

In the context of the partnership with the contemporary writing workshop at l’École nationale supérieure des arts visuels de La Cambre. 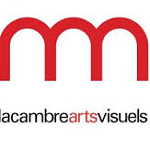