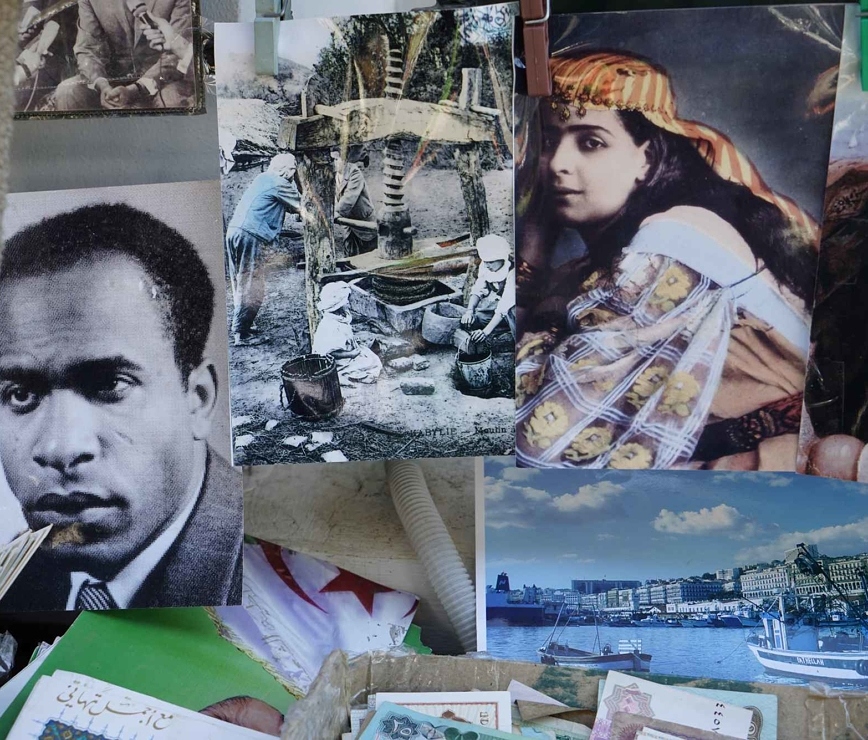 Screening (50 minutes) followed by a discussion between the artist and Clément Dirié, art critic.

Le Roman Algérien is a film in three chapters that sheds light on the complex relationship of a nation to its history and the role of images in the construction of its national novel and archetypes.

The work of Katia Kameli unfolds through various media such as photography, film or installation. Her artistic focus is in the field of history, human and social sciences. She has gained visibility and recognition as an artist in national and international art and film scenes, and her work has been shown in solo exhibitions at CCA Glasgow (2017), The Mosaic Rooms, London (2016); Taymour Grahne Gallery, New York (2014). She has also participated in numerous group exhibitions: Dakar Biennale (2018), Biennale für aktuelle fotografie, Mannheim (2017); Pompidou Center, Paris (2016); Mucem, Marseille (2016); Havre Magasinet, Sweden (2015); Marrakech Biennale (2012) etc.

In partnership with the Centre Régional de la Photographie des Hauts-de-France where a solo exhibition of Katia Kameli is currently on view through 25 November 2018.