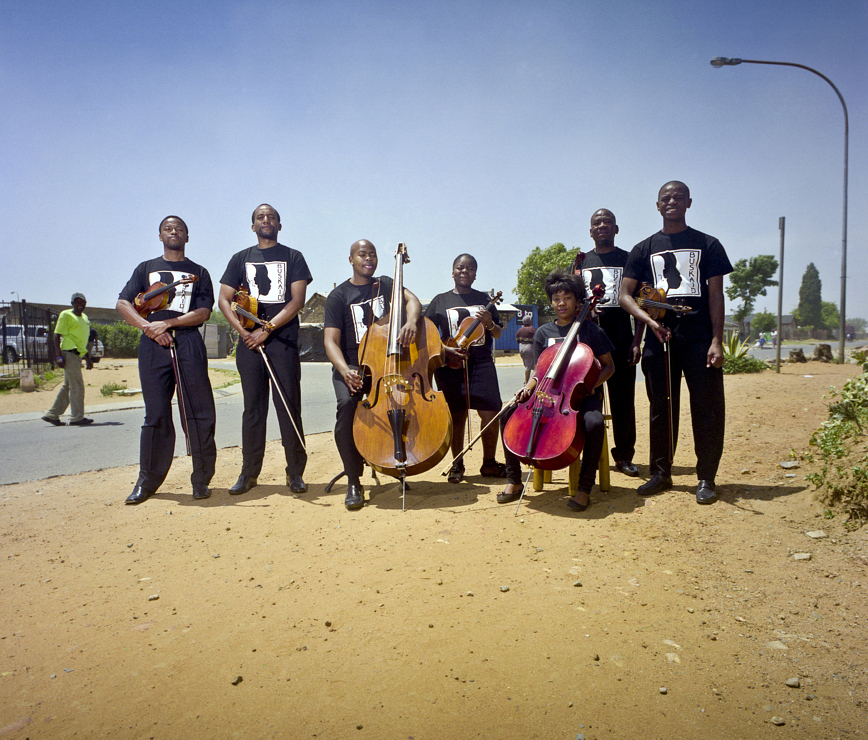 Every Equinox, four hundred people like us, unknown to one another, in love like us, whether from near or far, poised to come together. Four hundred precious men and women, connected to us, listening to us, so very close to us in space and time, joining our Cercle des poètes apparu.e.s poets’ circle, every Equinox since months now… Does the Near East seem far away to you? It is within hearing range you know, pouring out words, hybrid and familiar. Poets from America, Paris’ 18th arrondissement, Bondi Beach? They can all be found side by side at Fondation Thalie.

Love your neighbor as yourself. Your neighbor? The poet in the apartment on the third floor, Zéno Bianu’s Infinitely close poetry, the parents of the violinist on the sixth floor, the first-floor schoolteacher singing the nursery rhymes she taught yesterday, the next-door neighbor’s cat on top of a book by Colette, purring… Poetry is here with us, alongside us, a playful and complicit covenant, a garden in the middle of the city, a shoreline beach with words made of pebbles and sand made of vowels, so close we can hold it in our arms.

Should you wish to take part to poetic platform Equinoxes and read a text with us, send us your poems here.

1) Tuomo Manninen is Finnish. He is a photographer. He made of group photography a speciality earlier recognised for its originality and quality by Harald Szeeman. Thus, he participated in the “Plateau for Humankind” at the 49th Venice Biennale. For him, “ME” and “WE” go hand in hand, mirrored, more than close, inseparable. His work and his life are organised around this concept: NEAR.

He will read us a poem by Di Lu Galay, a young poet from Myanmar, to whom he feels close. But first, we will listen to a concert by young musicians from Soweto, the same ones that Tuomo Manninen photographed in Soweto. We will hear their interpretation of the Finnish composer Sibelius. Finland, South Africa, Myanmar. All close by.

2) Ninar Esber was born in Beirut. She graduated from the Ecole Nationale Supérieure des Beaux-Arts de Cergy-Paris and lives and works in Paris. The body and the notion of duration are at the centre of her practice, which focuses on performance, video, photography and drawing. She participated in the 54th Venice Biennale in 2011, with Working for Change, a project for the Moroccan Pavilion. She has published Leil Al Awal (in Arabic) with Dar An Nahar, and Conversations with Adonis my father, published by Seuil in 2006. Her forthcoming publications include a collection of poems in French, published by La Canoë, Paris (2021), and an encyclopaedia on women, in Arabic, published by Dar Al Saqi, Beirut (2022).

She will read her own poems,
*and then show us an excerpt from a 24-hour video she made about the great poet Adonis. It will be as if he were also with us. Near.

3) Manuela Morgaine is a writer, filmmaker and director of Envers Compagnie, with whom she has staged and performed. She was awarded the Prix de Rome in 1994 and has just published Le temps a commencé de cesser – prefiguration of ORAKL, a forthcoming installation. She has just finished her film about Syria before the war, POUR WAAD.
She will read an excerpt from a book not yet published, written in collaboration with the photographer Laurence Trémolet:
MA MAISON BRÛLÉE AVEC DES TANKS ET DES FLEURS.
A book of words, drawings and photographs of Kosovar children who were refugees in a camp in Sarajevo in 1999. Everything they draw and describe exists, tanks and flowers go together and are like memories-literature. This text comes back to these children who are now his relatives, and to us who listen.

4) Ronald Asmar is a lawyer. Lebanese by origin, living in Geneva, he is very involved in culture – in all cultures – and is a keen contemporary art and opera fan. He sits on the Foundation Boards of the Geneva Opera and the MAMCO (Museum of Modern and Contemporary Art, Geneva).
Ronald Asmar will read an excerpt from Sitt Marie-Rose, a book by Etel Adnan, the poet and artist we all know and admire. A must-read book. In 1978, Tahar Ben Jelloun summed it up in Le Monde: “Marie-Rose was thirty-five years old. Beautiful and serene. Her crime during the civil war was the courage not to think or act like her community: a Christian, she had gone over to the Muslim camp; a Lebanese, she had gone over to the Palestinian camp; an Arab, she had become involved in politics. Or when war, ideology and politics set conflict between people close to each other, divide them and separate them.

5) Stéphane Ghislain Roussel, a violinist and musicologist by training, is a stage director, playwright and exhibition curator. He has worked at the Musée de la Musique in Paris, the Centre Georges Pompidou and the Louvre Museum. His creations, such as Le Cri du lustre (2015), Drawing on Steve Reich (2019) and Snowball (2019-2021) focus on the relationship between music, visual arts and the body. He curated the exhibition “Opéra Monde, la quête d’un art total” at the Centre Pompidou Metz, resonated with the 350th anniversary of the Opéra National de Paris. He is the founder and artistic director of the creative office PROJETEN in Luxembourg, and within this office, he tries to create forms and time-spaces that place the field of the sensitive at the centre, by questioning reality, the relationship with the other and with all living beings.
He will read us a text he wrote especially for NEAR.

6) Laure Tixier is an artist. A resident of Villa Kujoyama, French winner of the Women to Watch prize from the National Museum of Women in the Arts in Washington, she has participated in numerous exhibitions, notably at the Yokohama Triennial, Mudam Luxembourg, the Beirut Art Center, the Monnaie de Paris and Analix Forever in Geneva. Multiplying practices – watercolour, ceramics, textiles, microarchitecture, mural painting – she creates a universe between poetry and radicalism, between utopias and narratives, and her work questions architecture, habitat and the social organisation that results from it, constraint and freedom. The filiation too.
Very close to her father, whom she has just lost, she will read us an extract from À toi bien sûr, a tribute book to filiation, by Barbara Polla.

7) Matt Saunders is an artist, a painter, but also a video artist and a “photographer”, working with photography in a very particular, hand-drawn way. He lives between Berlin, New York and Boston. He holds the Harris K. Weston Professorship in Art, Film, and Visual Studies at Harvard University. Poetry has always been part of his artistic practice.
He will read a selection of short works from poets with roots in New England, considering how nearness and distance are two sides of the same emotion.

8) Jean-Sylvain Perrig works in high-level finance. He is a psychologist and a poet of figures.
He is The Voice of this evening.
He is going to read us a poem by Victor Hugo which reminds him of his two daughters, who are close to him… And a poem by Prévert. Very close.

9) Miranda Darling is a writer, a poet and a publisher. Her background is in literature, geopolitics and strategy. She founded Vanishing Pictures Press, with Viola Raikhel, to tell the stories of extraordinary women who have changed the course of history and whose tales remain untold. She has published 5 books, the latest with the Empress of Iran, looking at the extraordinary modern art collection Farah Pahlavi assembled in the 1970’s, and the role of soft power in geopolitics.
She will read THUNDERHEAD, a spoken word piece specially written for this Equinox.

10) Nicolas Etchenagucia is a video artist, writer and poet. He is the youngest reader tonight. Welcome Nicolas! He is going to read us a poem he wrote during one of his trips to Perama, in Greece: Paradise Alley.

11) Amy Hilton was born in England. In 2007, she graduated in Literature and Theatre at Goldsmiths College. In 2008, she moved to the Alps, in Chamonix: in the context of this encounter with nature and the mountain peaks, her artistic aspirations are tied to the seasons. She currently lives and works between Paris and Burgundy. In her academic and personal writings, she questions the philosophical notions of “existence”, “self”, “consciousness” and “spirit”, and tries to decompartmentalise beings and phenomena, which, according to her, find a common meaning in their relationship with Nature. The artist calls it “deep ecology”, which honours the power of physiological and mythical cycles.
She will read to us, in English, a text she wrote in 2013: Le tout et les parties // The Whole and the Parts.

12) Lise Coirier has a degree in management & finance and art history. She lives and works in Brussels. More than twenty years ago, she created the Creative Consultancy Pro Materia, which promotes contemporary art and design. She has initiated numerous projects committed to creation and cultural and social innovation. In 2016, she opened the Spazio Nobile gallery in Brussels with her husband Gian Giuseppe Simeone. Since 2008 she has published the international art and design magazine, TLmag_True Living of Art & Design. She is sensitive to experimentation around nature and minerality; poetry and writing have always been a common thread for her, nourished by times of pause and contemplation.
As part of her European project Glass is Tomorrow (which is celebrating its 10th anniversary) she will read a trilogy of her poems written on the spot last week: From Near to Far – In the Northern Vosges, the Glassmaker’s Dance – Merveilleuse Aventure, Aventureuse Merveille.

13) Aurèce Vettier is a collective founded by Paul Mouginot in 2019.
The collective aims to understand how relevant and fertile interactions can be made with machines and algorithms, in order to push the boundaries of creative processes.
Tonight Paul will present and read excerpts from the poetic work Elegia Machina written in collaboration with Markov chains, the precursor algorithms of artificial intelligence.

14) Jean-Luc Irondelle is a teacher in the French National Education system. He lives in Peyrolles-en-Provence. He listens to us fervently at each of our Equinox evenings. Tonight he is the impromptu reader. Impromptu slammer!

15) Barbara Polla is a poet and has prepared tonight’s Reading List.