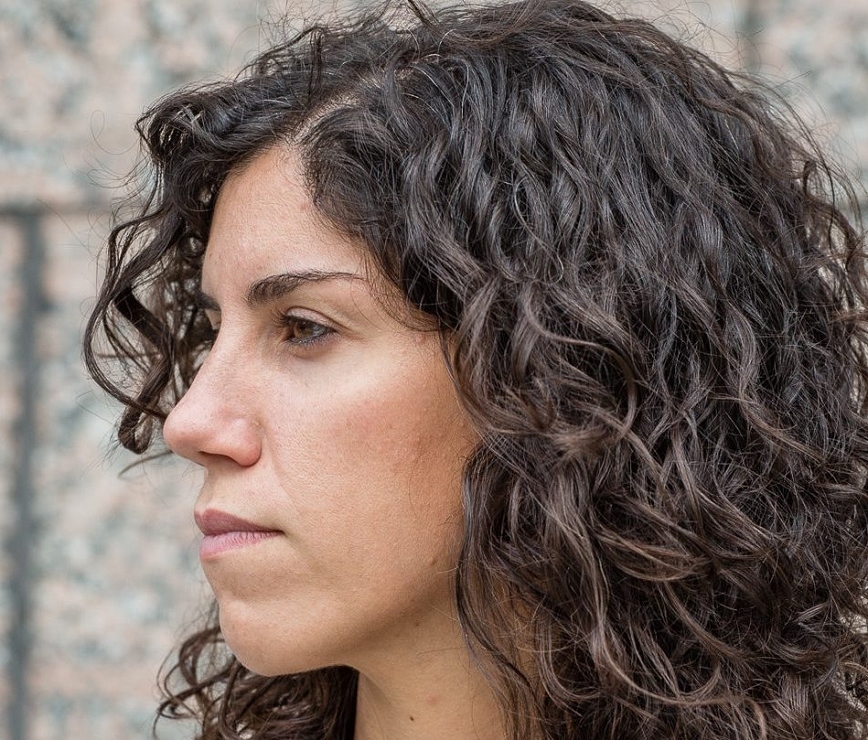 This theoretical and performance research project focuses on the aesthetic and legal dimension of migrants’ stories.

The artist intends to collaborate with political asylum seekers. She is interested in the fragility and the ambiguity of their statements, as well as the perceptions of intergovernmental organizations. The artist will work in collaboration with Enrica Camporesi (1985), translator specializing in Arabic literature based in Antwerp who has been working on the idea of migrant integration by including them into socio-cultural projects. The duo will use these narratives as a source of documentary work. They will develop a collective performance by questioning the search for truth, the fear of the future and the pressure that these men and women are experiencing.

Born in 1984 in Reggio Emilia in Italy, Elena Mazzi lives and works in Venice. After studying History of Art at Siena University in Tuscany and Visual Arts at the IUAV University of Venice, she spent a semester as a guest student at the Royal Academy of Art (Konsthögskolan) in Stockholm. Elena Mazzi has been included in various solo exhibition and group shows in Europe including Collective memory and social space at Botkyrka Konsthall in Stockholm, TRA / ARADA / IN BETWEEN in Istanbul and Art Stays, International Festival of Contemporary Art in Ptuj, Slovenia. Particulary struck by the earthquake that destroyed the town of l’Aquila, the capital of the italian region of Abruzzo in 2009, she is interested in the relationship between human and environment. Based on an anthropological approach, her artistic practice studies and gathers information on topics like identities and territories.

“In Performing the self – the interview”, your area as an artist is to question societal issues regarding the future of an unknown asylum seeker here in Belgium. How and why did you start this type of artistic and societal research and what did you discover?
In my research, I’ve always used art as a tool to understand the reality I live in and I experience, trying to be aware of how other human beings live and perceive their surrounding space, making a change. This action is almost always determined by either a political or a social necessity, which is often influenced by a period of distress or crisis.

How do people react to top-down decisions imposed on their land? What are their needs and how do they find out resilient strategies to face unexpected changes? For instance, shortly mentioning some of my previous case studies, I am referring to Berlusconi’s New Town Operation in L’Aquila after the 2009 earthquake; or Benetton’s investments and massive impact on displacement of Mapuche community in Patagonia; or the mass tourism long term consequences on Venice; or the gentrification phenomenon in San Francisco.

In the case of “Performing the self – the interview”, I’m inquiring the very specific case of the asylum procedure in contemporary Europe together with Arabist and theater writer Enrica Camporesi. A collaboration started in 2008, when our path crossed in Venice, where I was studying Visual Arts and she was studying Arabic Language and Literature.

In 2010 I joined Enrica in Lebanon, where she was writing her thesis on political theatre and contemporary historiography in Beirut. I remember for instance our discussions on Rabi’ Mroue and The Atlas Group methodology. Also inspired by the work of Carlos Amorales, we decided to further explore the delicate balance of reality and fiction on stage, while playing with the inner potential of oral testimonies and historiographical documents.

From there on, issues like credibility and trustworthiness, victimization and compassion, cultural authenticity and cross-cultural misunderstandings became the crucial topics to explore, gathering materials and information for almost 5 years. Then, when in 2015 Enrica settled in Belgium, working also as social integration teacher with Arabic speaking asylum seekers and refugees, we chose to shape our research into a text-based performance, a video-installation and a publication.

“Performing the self – the interview” focuses on the role of oral testimony as a moment of re-creation and re-enactment of oneself ’s truth, zooming on both figures of the protection officer and the asylum seekers as co-producers of a new life-story.

Mainly, it is a question of posture: either you are an asylum seeker, a protection officer or a translator. It is also about how words and gestures can betray one of us, how communication could also be transformed in manipulation. What you have shown with this performance is a tricky and fragile ecosystem. What is your position as an artist regarding this analysis?

What is trust, credibility or reliability? When should we better doubt our feelings of trust? How do we judge other people? How does a professional decision maker deal with feelings such as responsibility, culpability, compassion? What is a victim and how dialogical is such a label? What are the implicit expectations from the both sides involved in the interview (f.i. truth, coherence, logical sequences of facts, countable entities, … vs the perspective of getting new papers and thus the chance to begin a new life)? How does it come that in the world only few Western countries and institutions are in charge of deciding someone’s risk of persecution mainly based on his/her own oral deposition during such an interview?

Of course, our research moves from the legacy of post-colonial studies since colonialism still influences our current societies, as we can daily observe in the jurisprudence of the asylum procedure in today’s Europe, while taking into consideration other perspectives, possibilities, methodologies, believing, approaches, thinking.

After the performance in Ghent, you will present a video installation at the Fondation Thalie, why this type of medium and what are your expectations? Which type of audience do you wish to target?

The idea is to spread our work to different cultural contexts, i.e. both the theatre world as well as the visual arts world. More often, these two worlds tend not to speak to each other. A pity in our opinion, since they are both supposed to question contemporary issues to the public.

Meanwhile, we have being working in constant dialogue with a very specific “audience” that includes the professionals and the applicants involved in the whole process of the asylum procedure. It has been just crucial to us to write the script on the base of interviews and field research, beyond the academic literature.

The role of the Fondation Thalie and the foundation is to enlarge audience beyond the art world field addressing artistic practices working on societal themes, to move the lines, to create team building and collective actions on big issues such as what type of planet we want for tomorrow? What is your opinion and what will be your next project to move forward as an artist and as woman?

In my recent years I have been working more and more with institutions involved in bottom-up approaches towards society. I talk about HIAP in Helsinki, and their amazing five years project ‘Frontiers in retreat’. I think about NAF! (Nature Addicts Fund) and their traveling academy as well as their multiple projects in Europe, or about GAM Museum in Turin and Fondazione Spinola Banna per l’Arte, where I have been mentoring the past year on the topic of energy, intended as a starting point for a wider discussion on ecology. All these projects and people are for me intertwined in a net I will carry on my path in the near future, as I often do. Projects deserve their whole space to breathe and evolve, possibly with other small initiatives supporting them. I am aware that small scale initiatives won’t immediately solve the world scale problems we are currently facing, but this is the starting point we can all commit with, in order to work together, to build up new energies, to exchange and discuss correct information, trusting in each other. This is how we will be able to learn how to take care of our world and fall in love with it again.