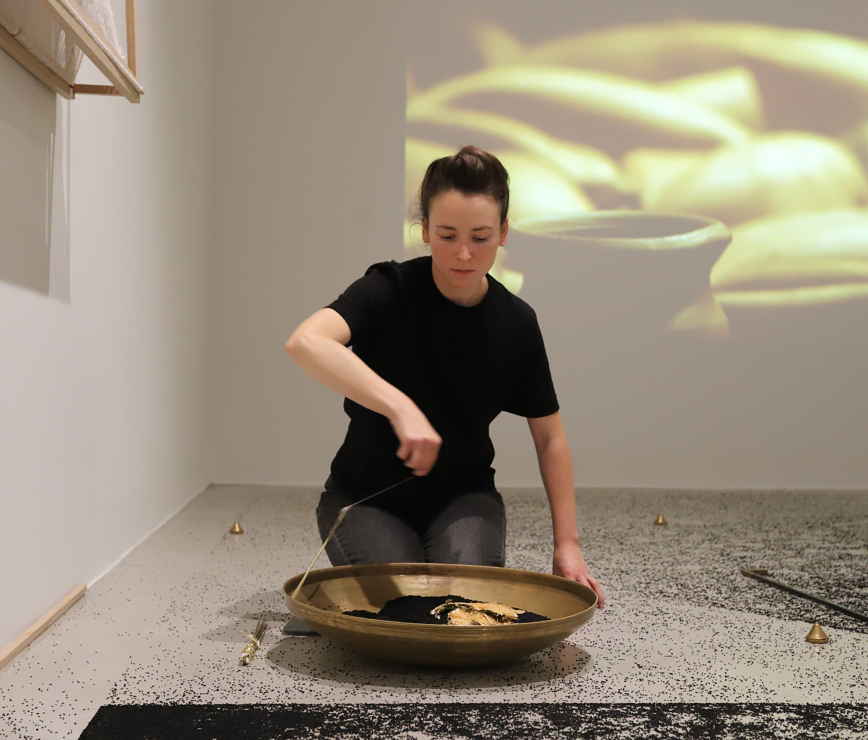 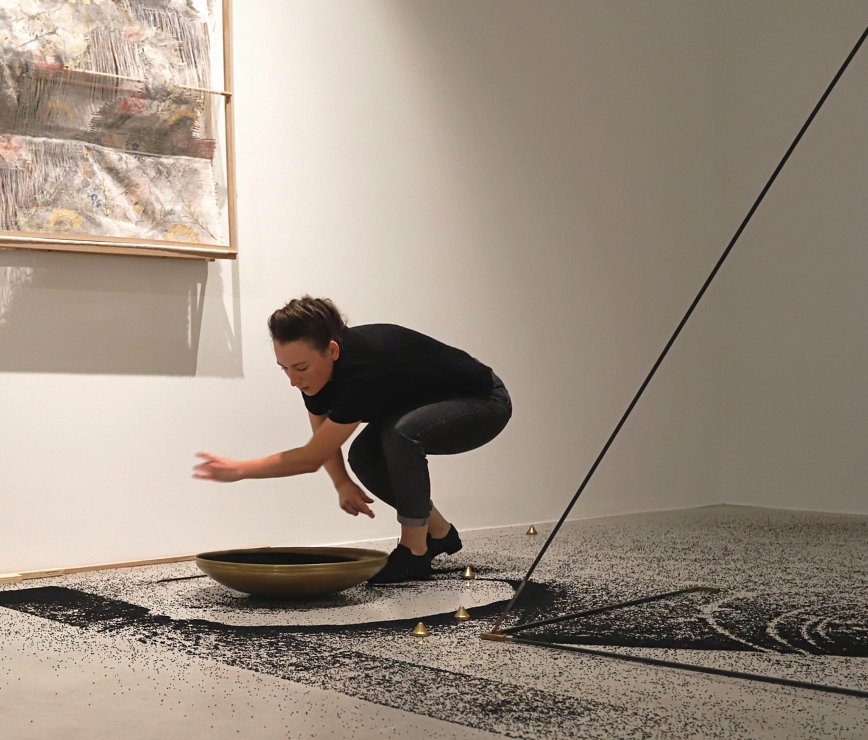 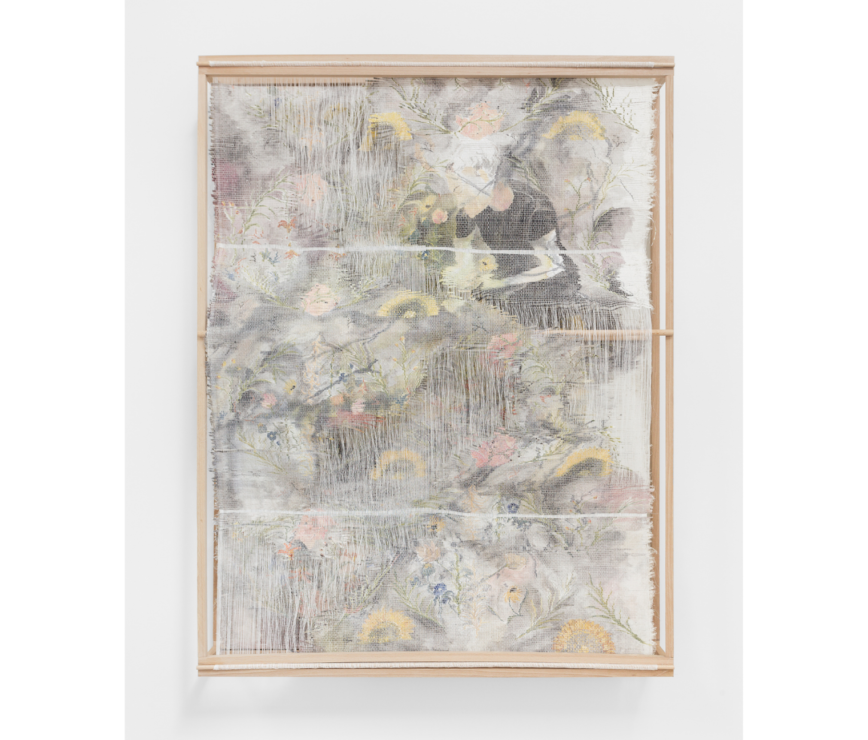 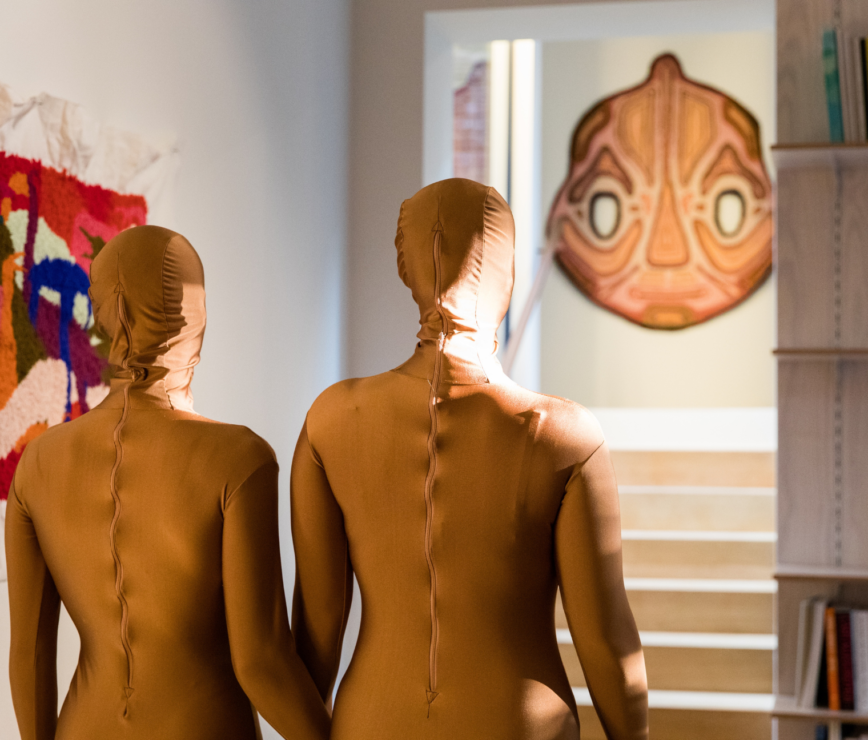 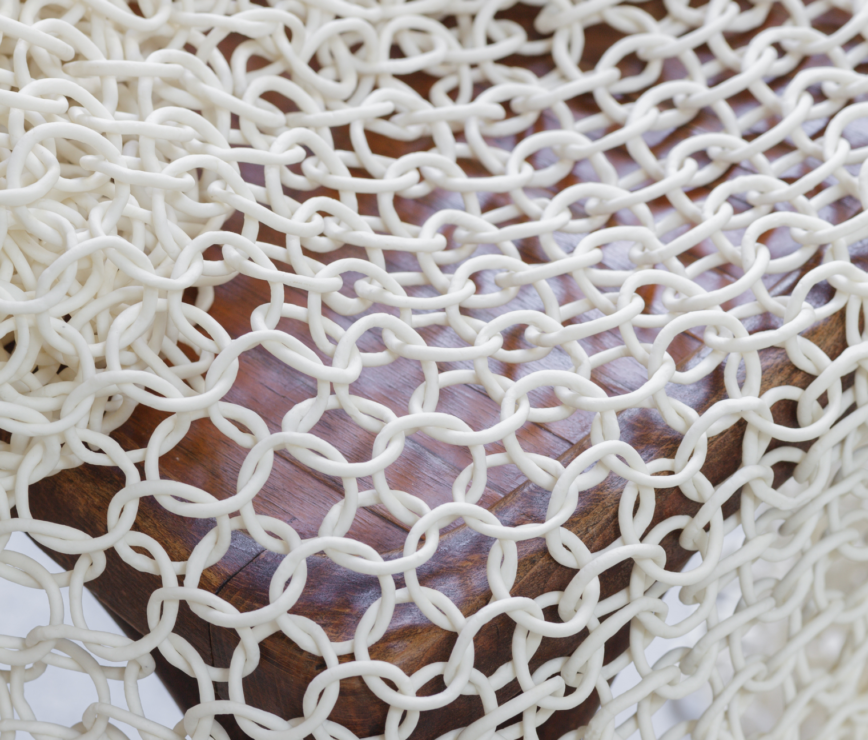 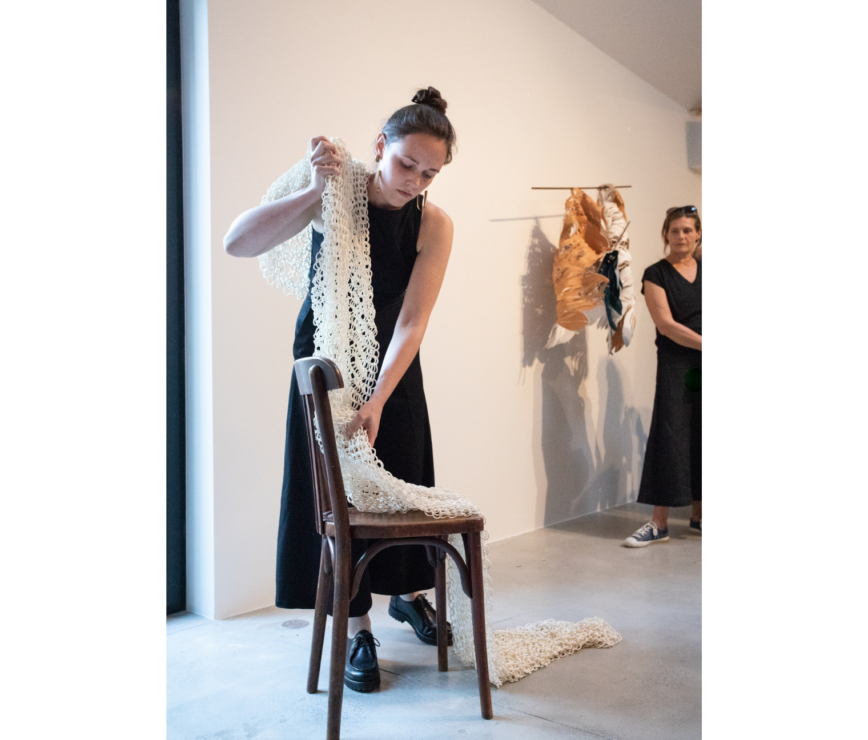 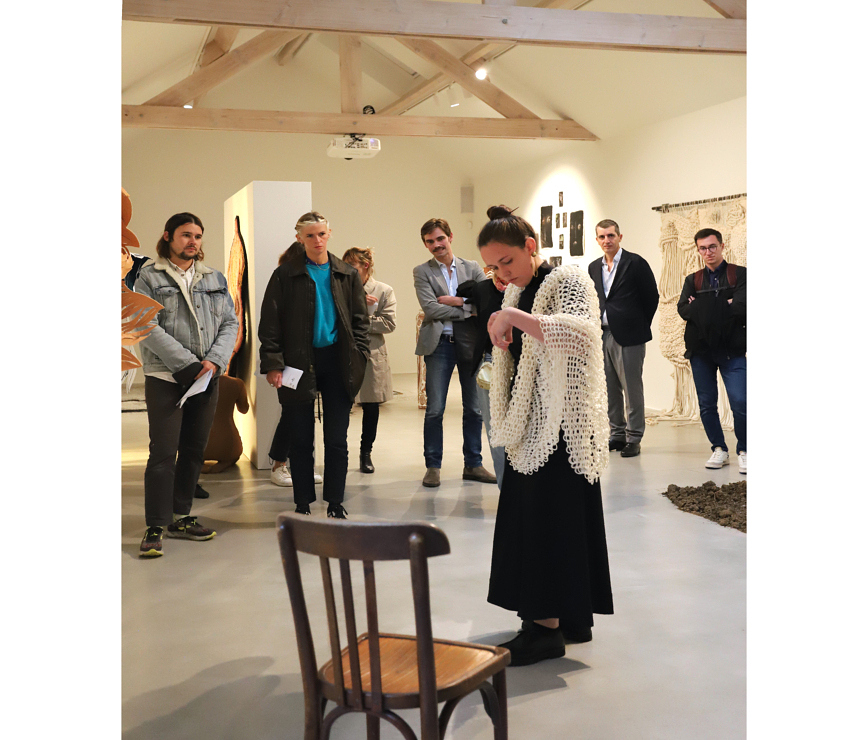 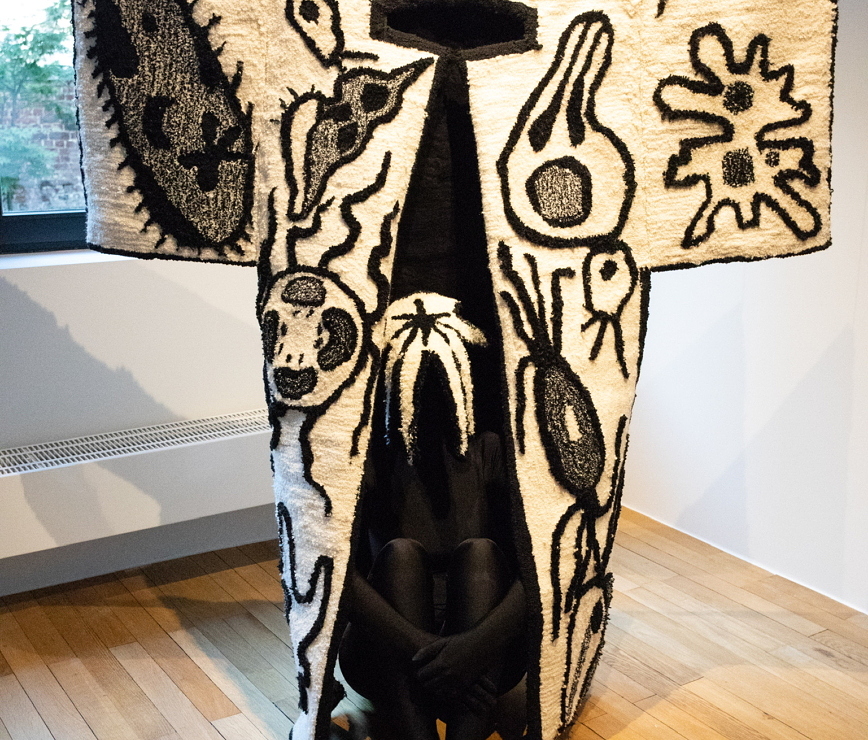 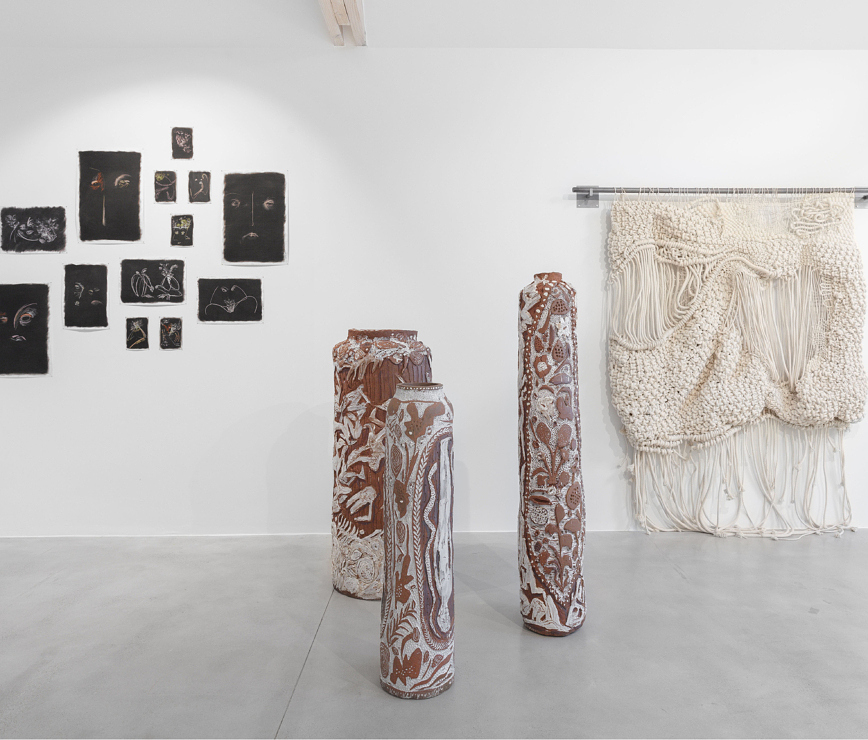 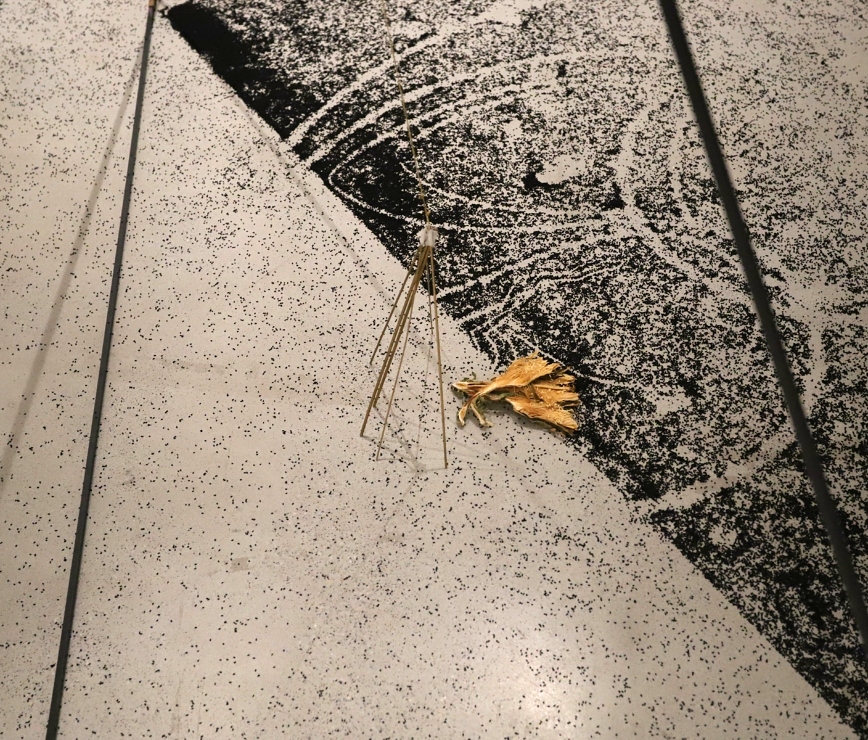 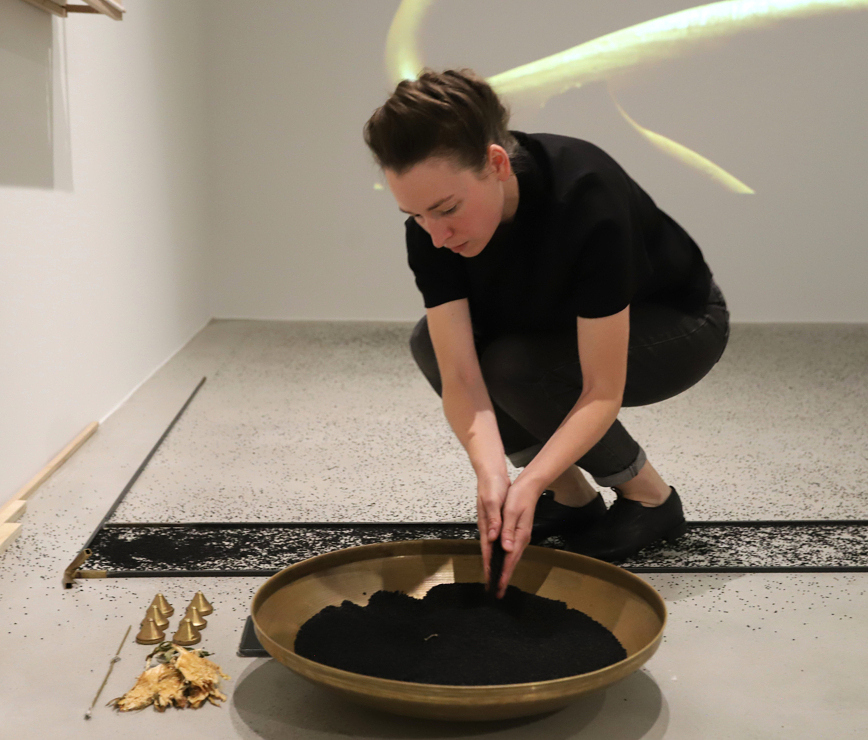 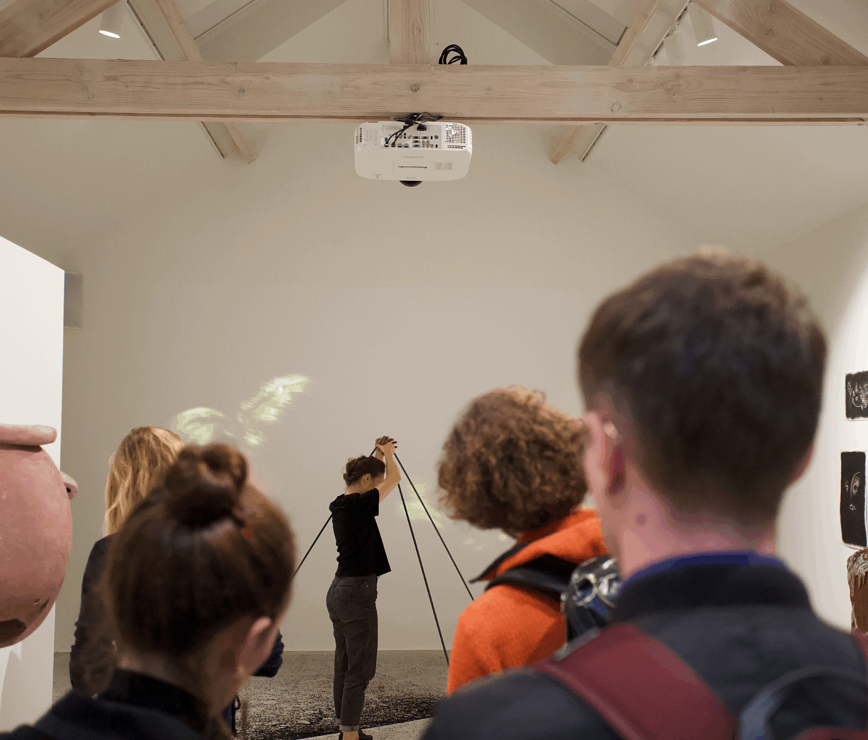 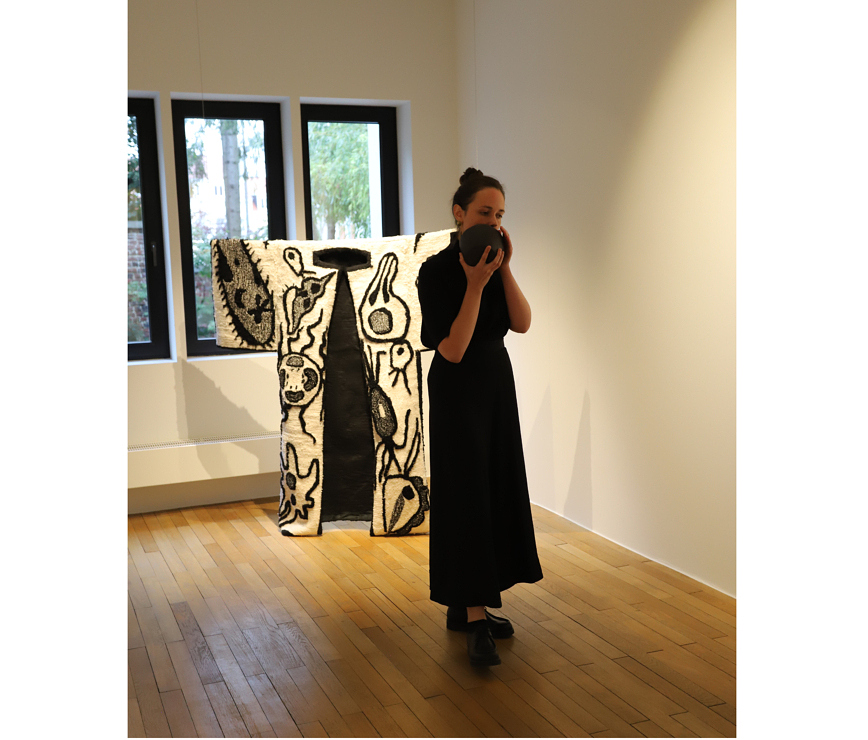 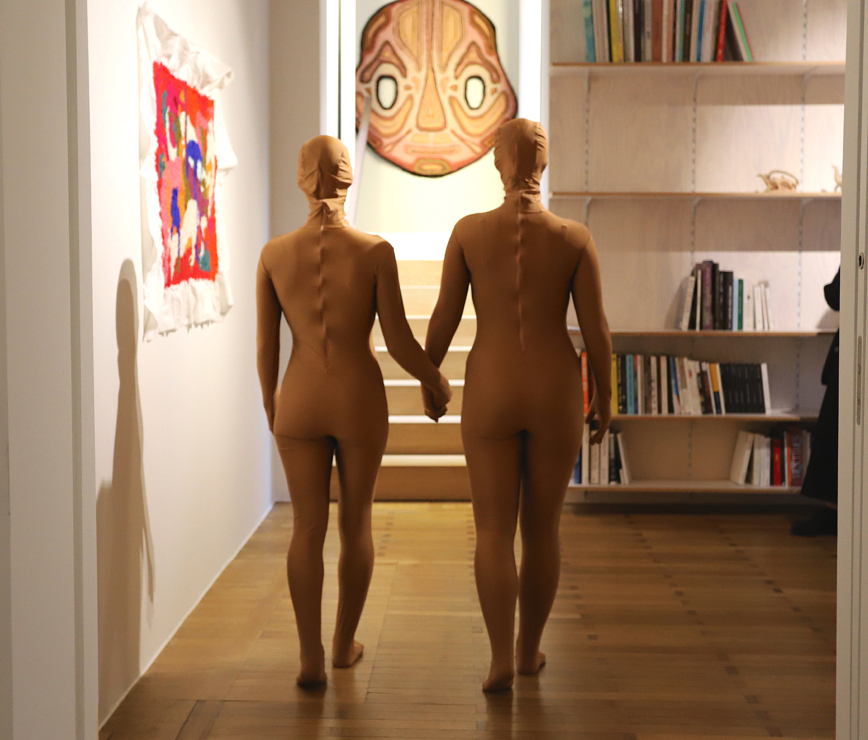 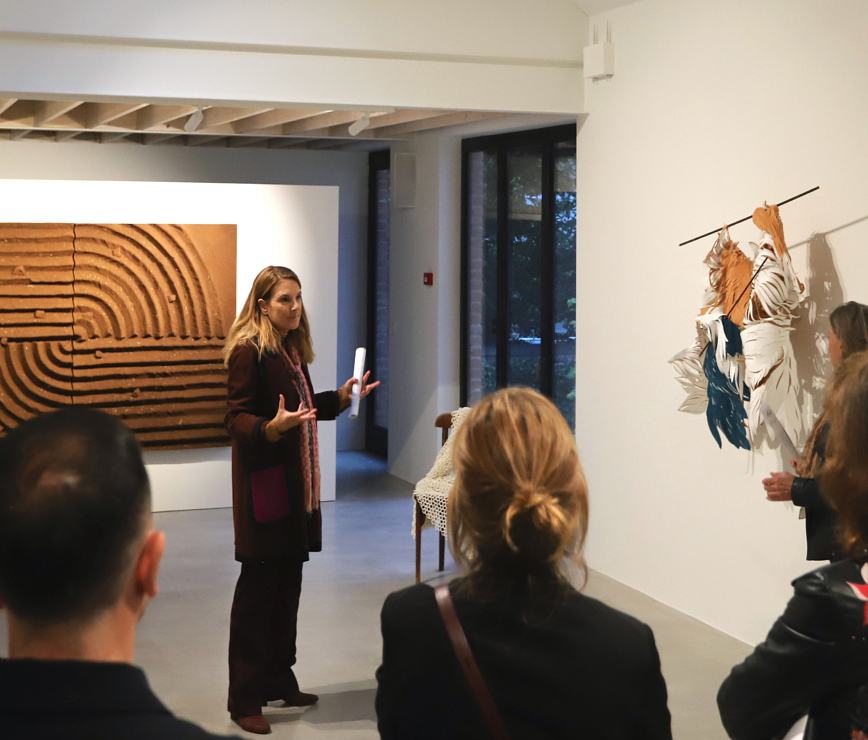 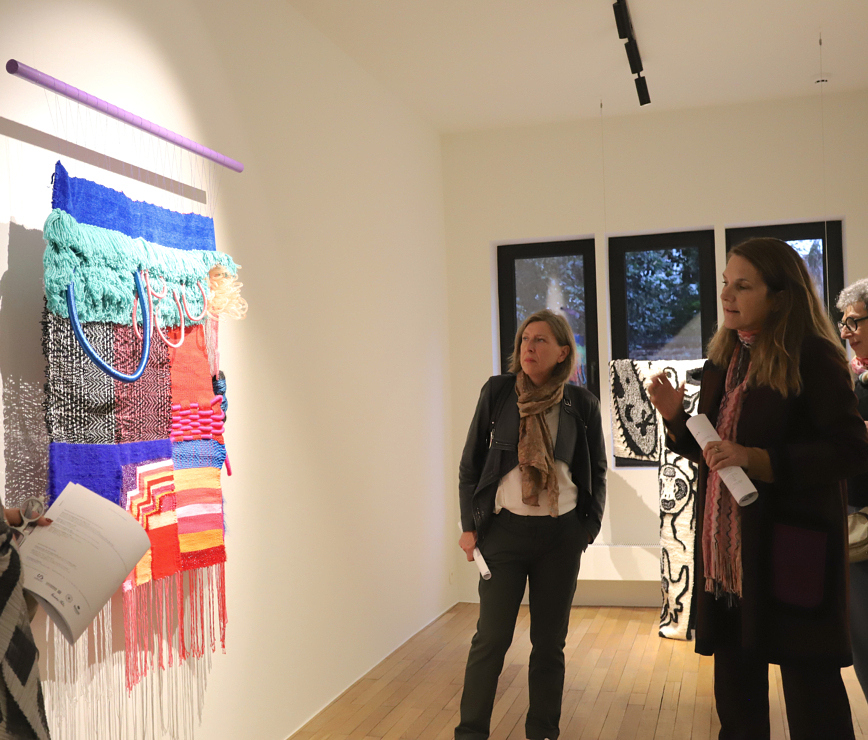 As part of the group exhibition The Sowers, the Foundation welcomes you with a unique performances programming activated by Julie Monot, Léna Babinet and Elise Peroi every first Saturday of the month. This program includes a guided tour of the exhibition by Nathalie Guiot, founder and co-curator.

A graduate of the HEAD in Geneva and the ECAL in Lausanne, Julie Monot is interested in the ritualistic potential of sculpture and its relationship with performance and theater. In her practice, she approaches the physical being as the place where social constructions are played out, where the tensions between a lived identity and that perceived by others are exercised. It is for this reason that she constantly tests the notion of the figure – the versatile envelope of this identity – and that she tests its limits, both physical and metaphorical. The result is objects that flourish in the voluntary indeterminacy between artwork, clothing and accessory with performative potential.
The work See Double presented in this exhibition is a tufted carpet that has migrated from the ground to the vertical. The motif evokes a ceremonial mask, like an apotropaic object whose function is to ward off the evil eye. The eyes, precisely, suggested here by two holes at the height of the public’s face: an empty gaze that can be filled by two bodies, whose heads would simultaneously slip through the orbits – two identities united for a few moments by the same ornament.