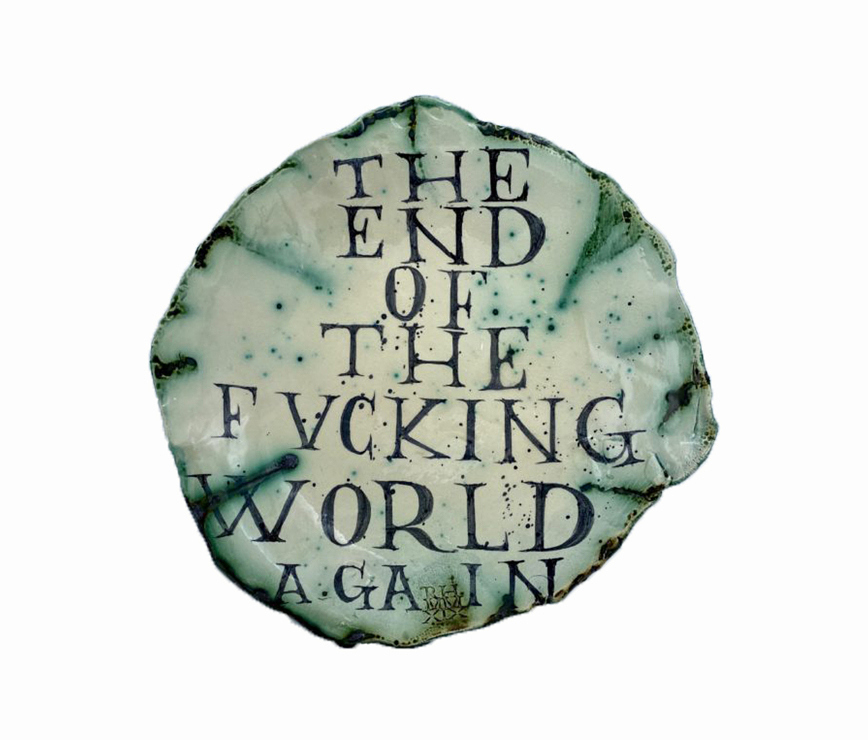 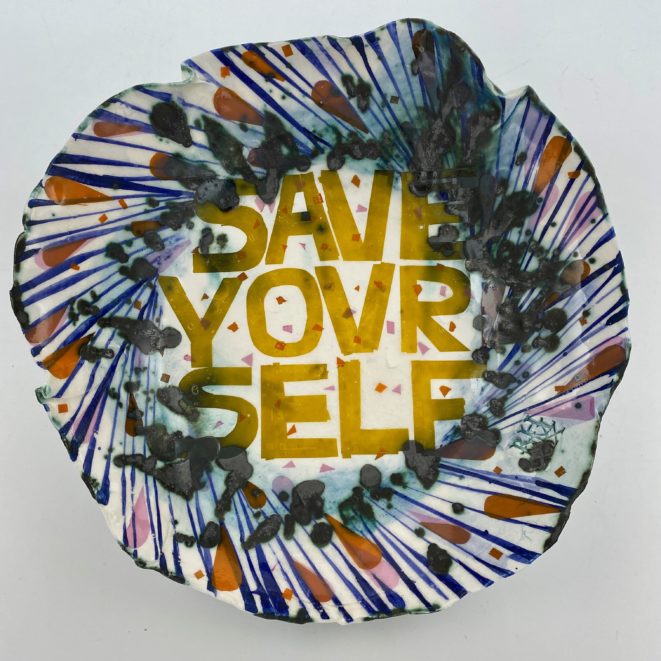 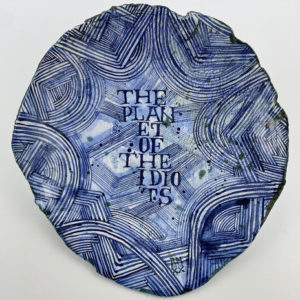 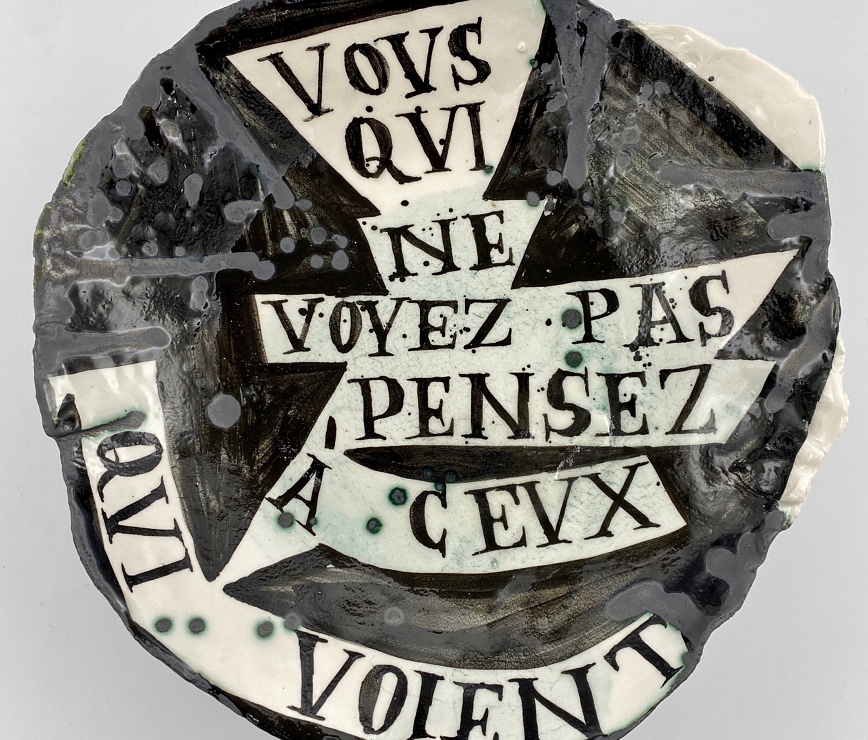 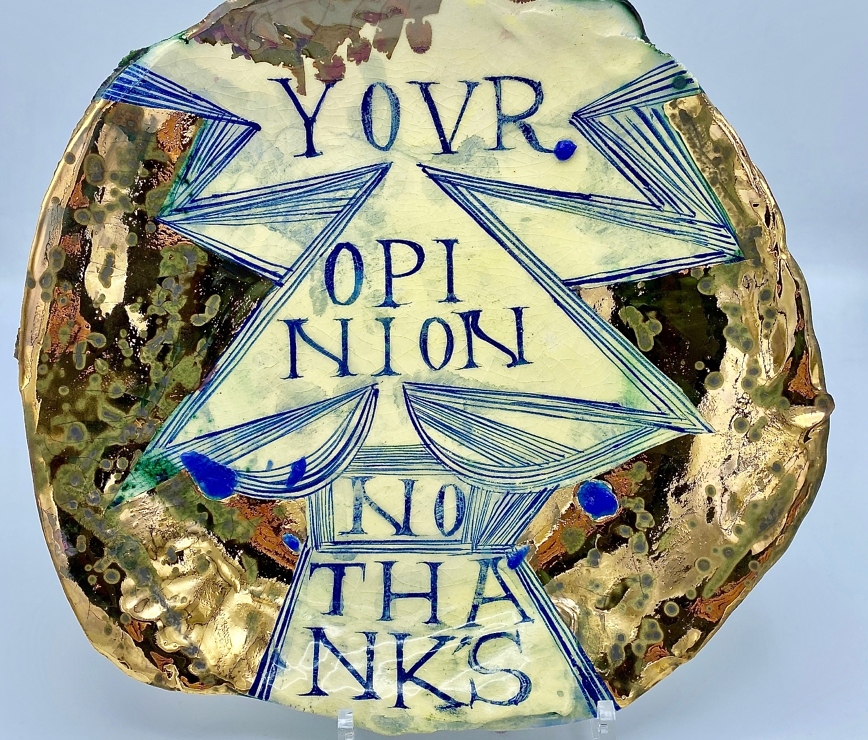 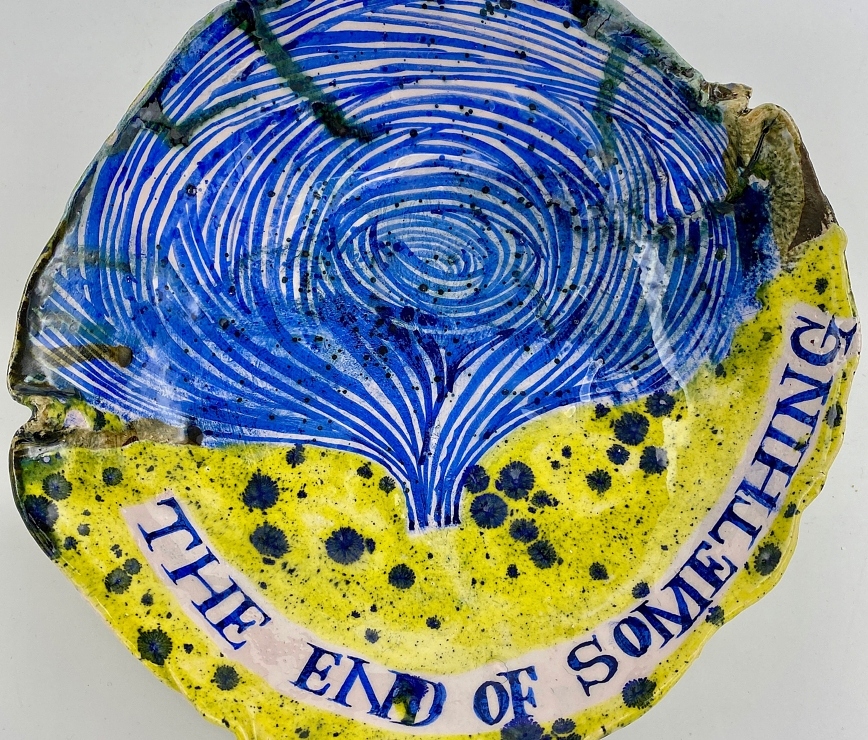 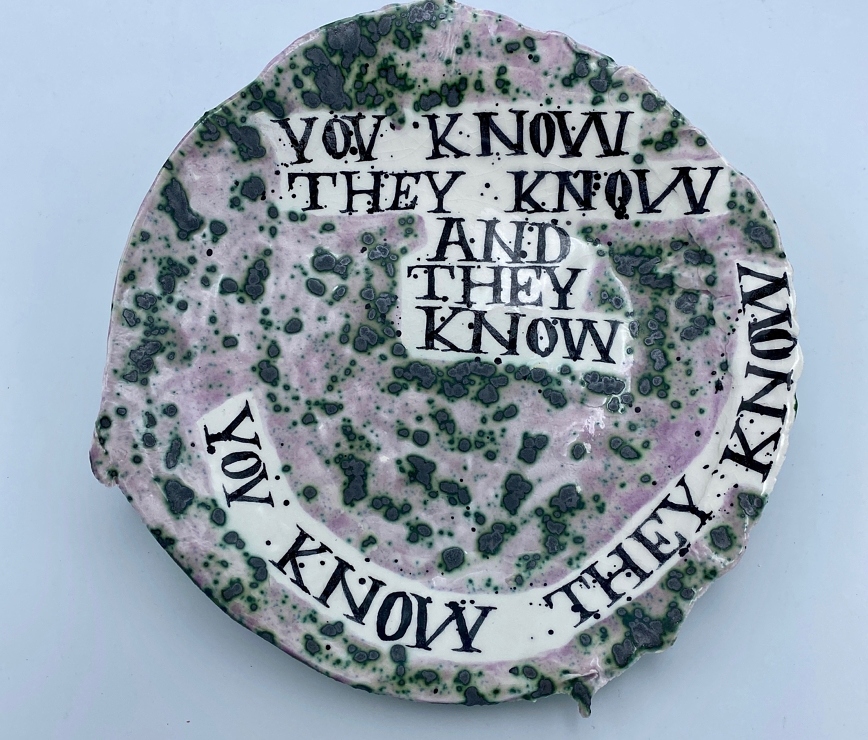 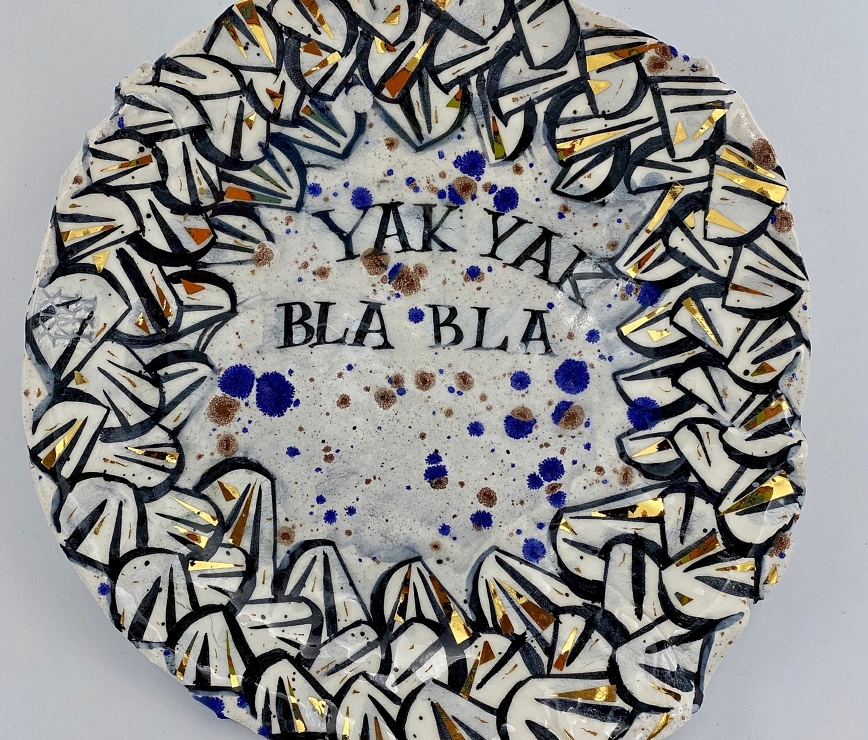 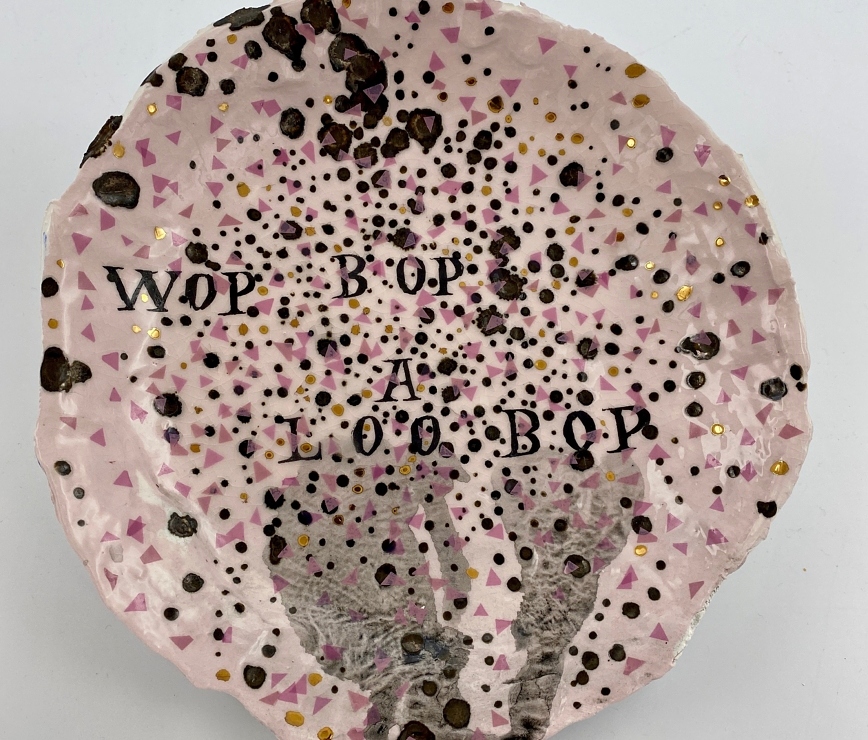 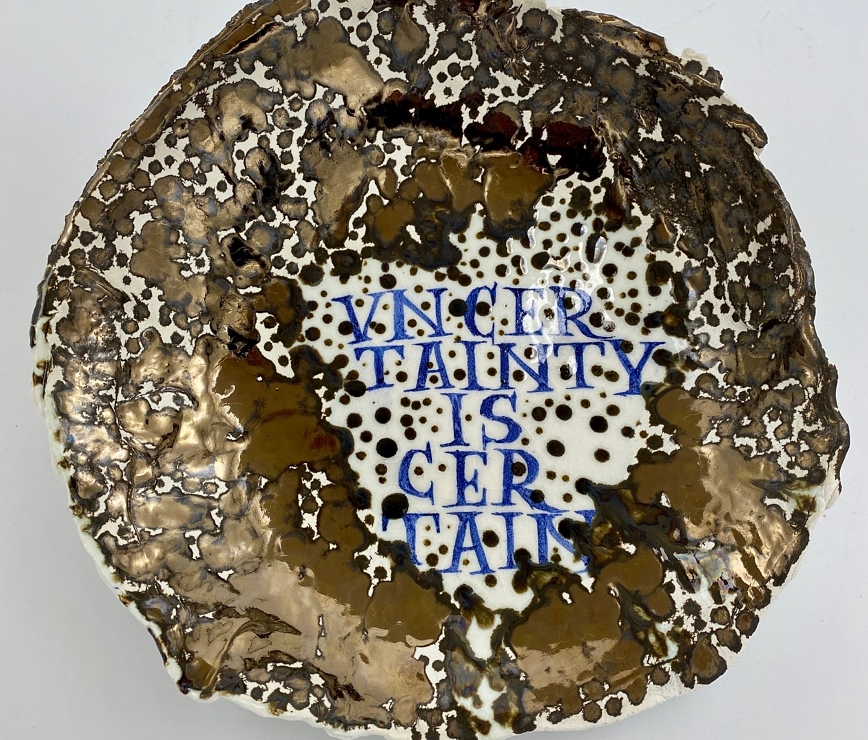 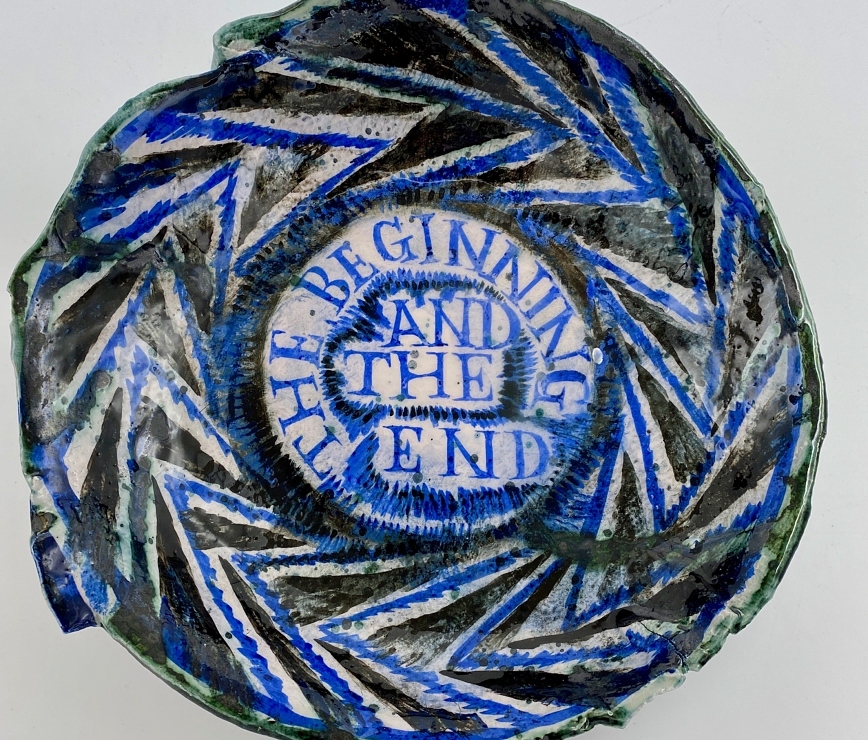 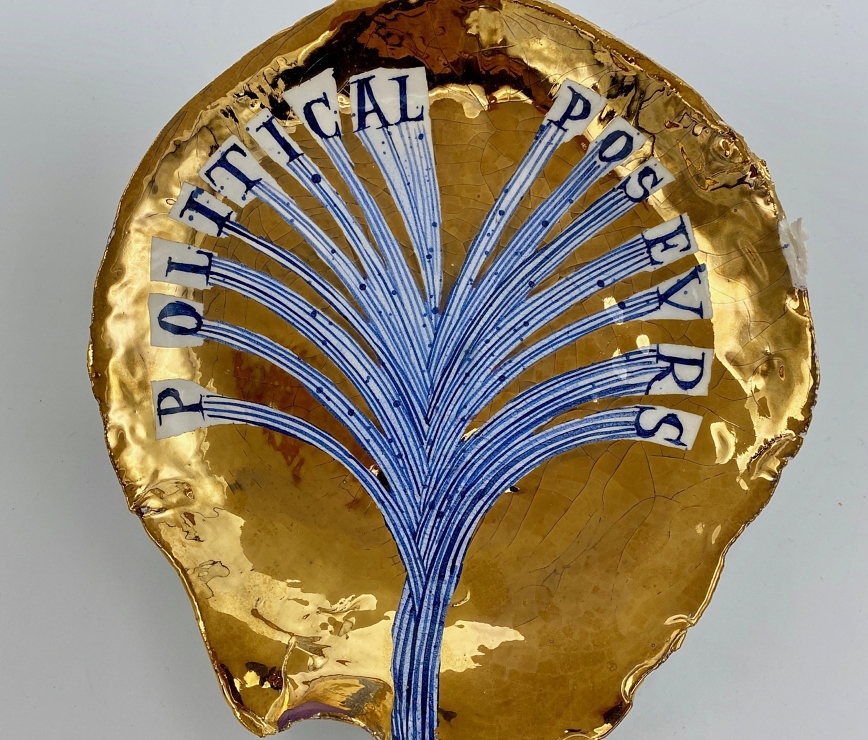 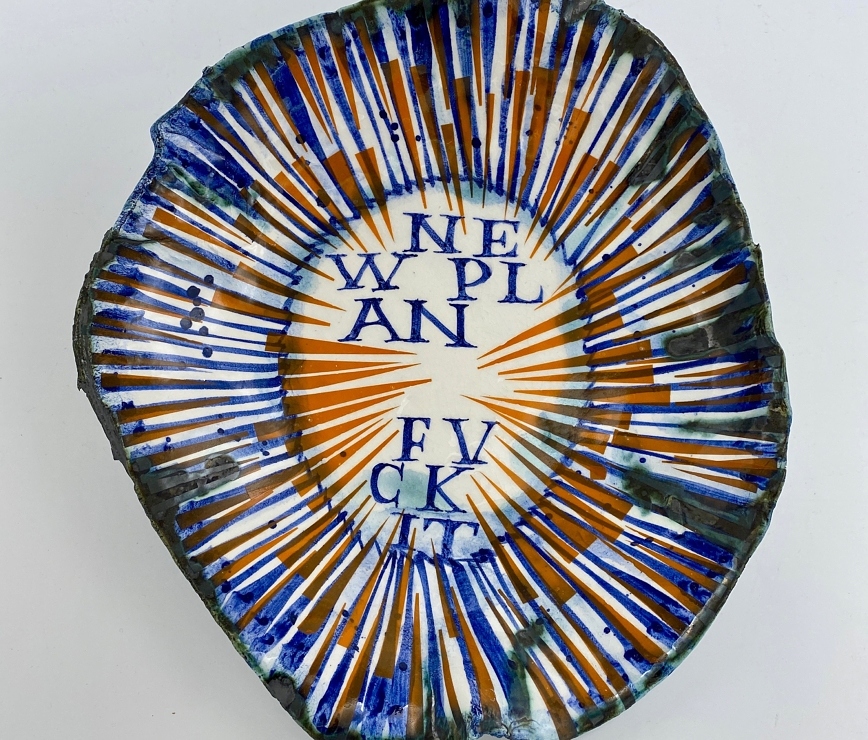 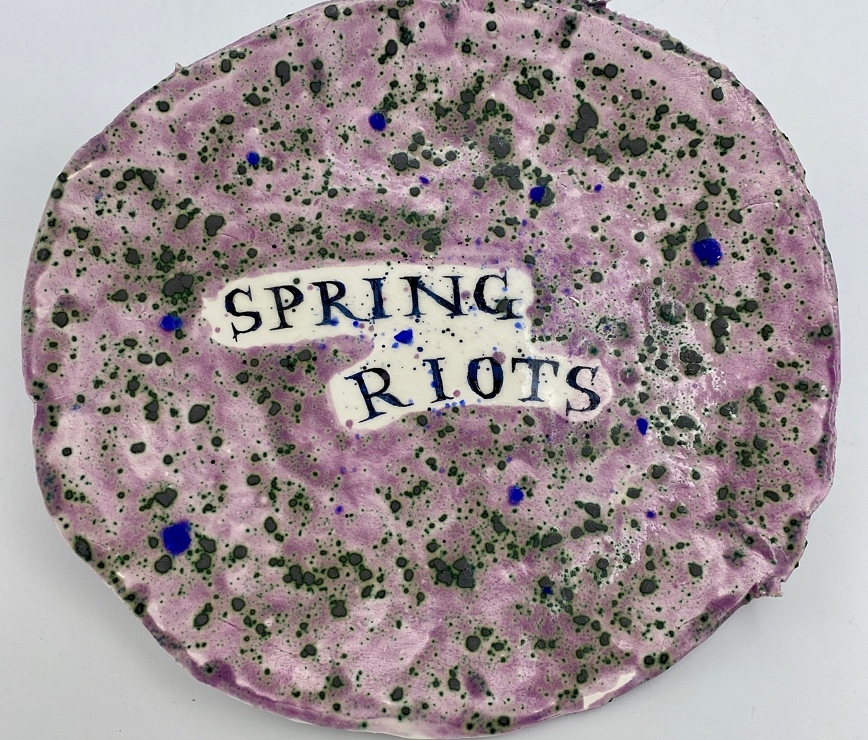 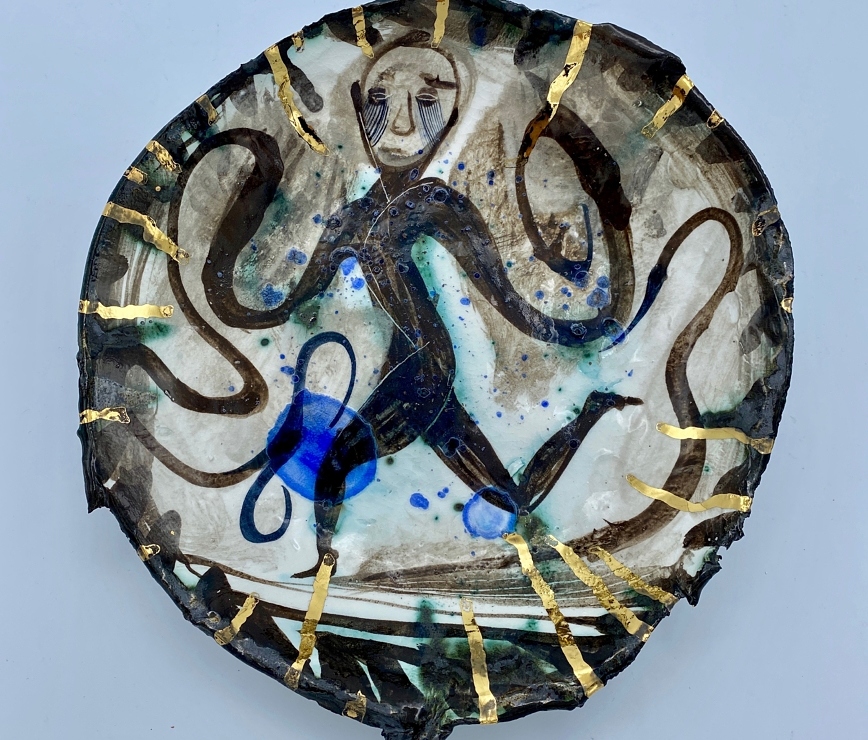 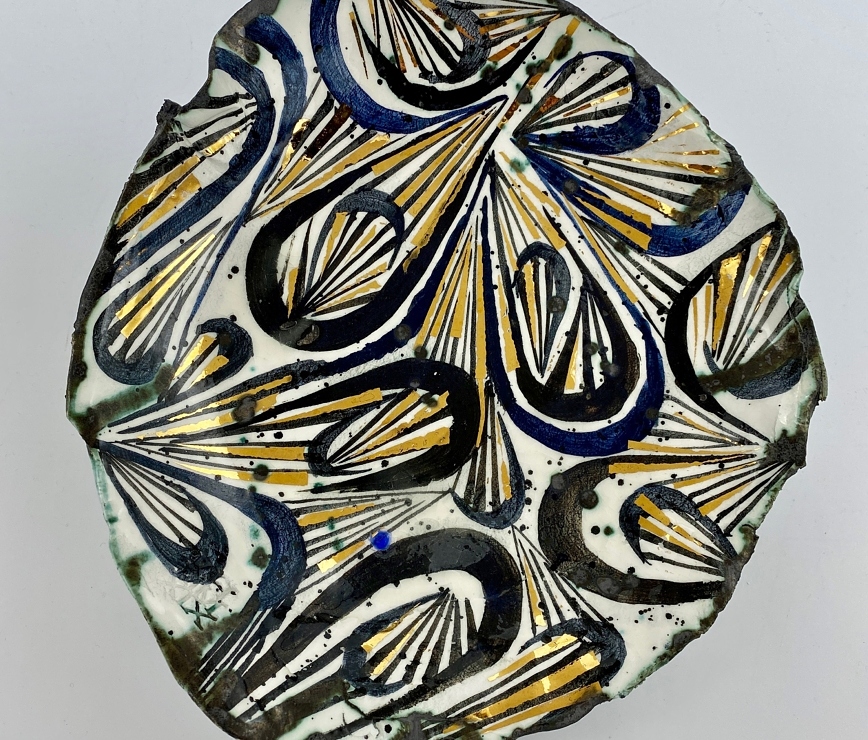 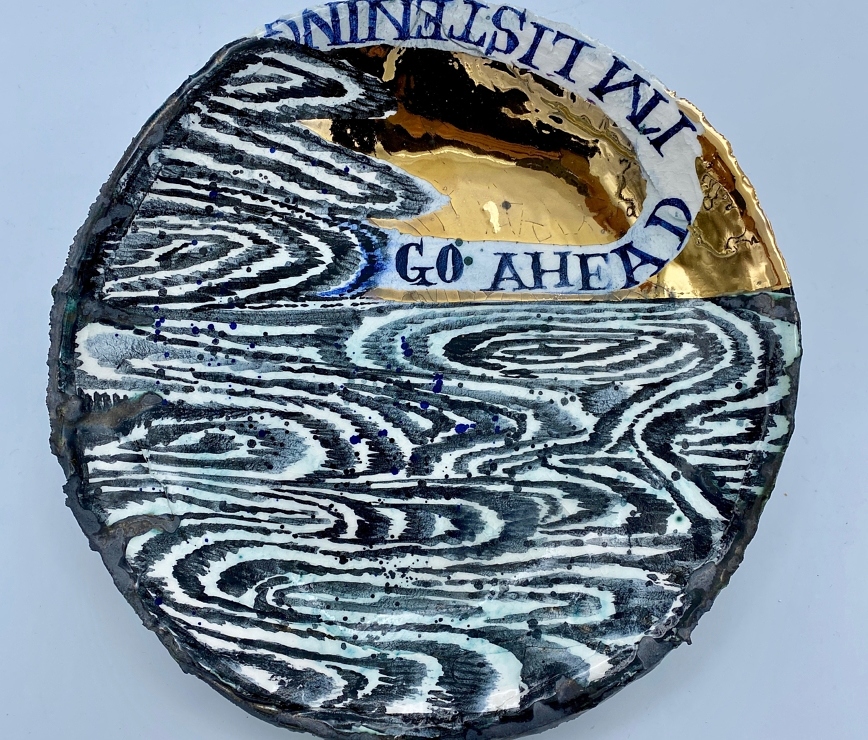 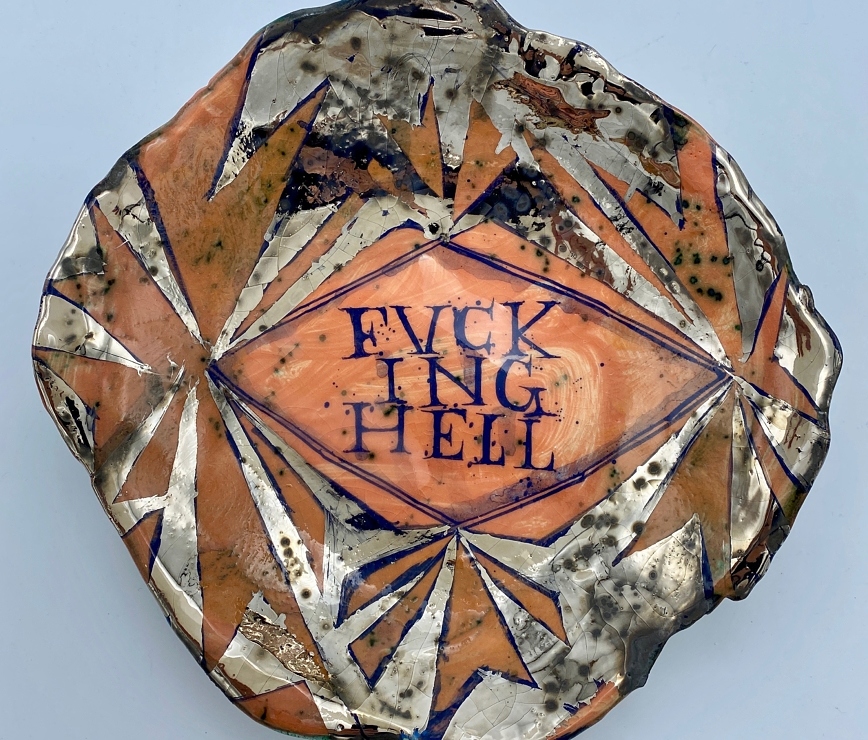 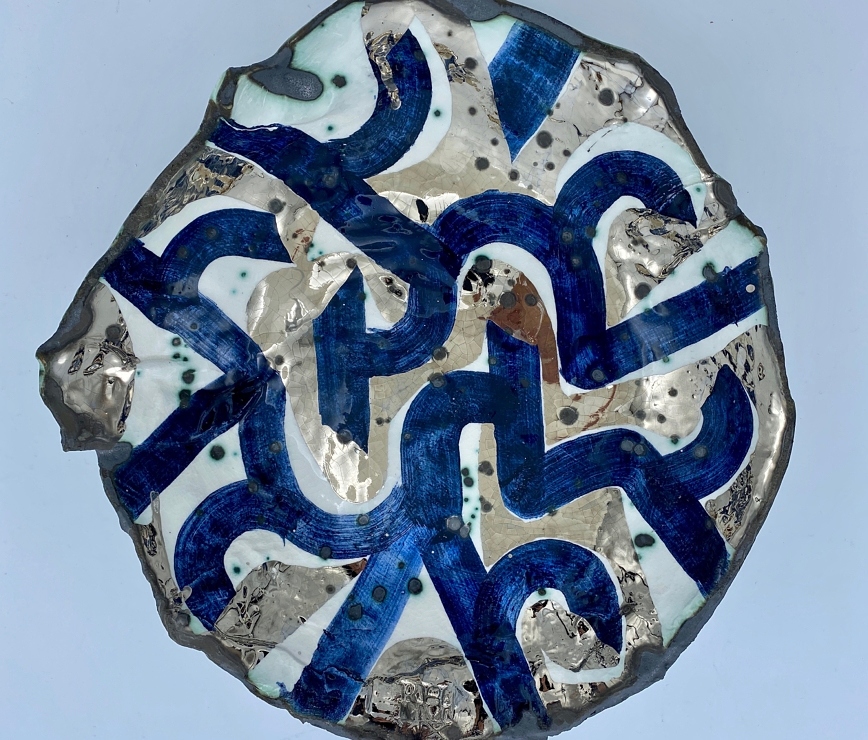 Fondation Thalie invites you to discover an edition of porcelain plates created by the South African artist Ruan Hoffmann, an artistic collaboration under the aegis of Éditions Thalie.

Ruan Hoffmann presents a selection of porcelain plates produced in Amsterdam in the spring of 2020 during the lockdown. In this unique sanitary context, these plates also refer to the social and political crises that enfold many countries such as the United States. The American presidential elections are exposing the people to strong reactions that at the same time raise stronger questions, as in the case of the Black Lives Matter. In this context, the international media announce every day a new major crisis, the general malaise of society feeding these sardonic and ambiguous objects.

Feigned preoccupations and private thoughts are painted in cartridges reminiscent of those in the comic strip, which are placed on a common and familiar domestic object such as a plate, forcing the viewer into a more intimate contemplative experience; fluctuating between sarcastic and ambitious. The artist gives a biting and ironic vision of a fragile and rapidly changing society through a historically charged medium such as porcelain. During this period of “hyper-normalization” (a term coined by the Russian historian Alexei Yurchak), and although our societies may differ fundamentally, there is a very similar feeling in the West today, coupled with a strong restlessness.

” Hoffmann avoids conventional perfection … by making deliberately irregular plates with distorted edges. These broken spheres are the canvases on which he restores the thoughts that punctuate his existence; the plates thus take on a function that has surprisingly little to do with their form. They could be seen as a diary of impressions in which the artist exposes, in a brief and pointillist form, the details of a world in constant movement. The plates become signs, establishing a form of syntax that is both visual and textual. Assembled, they form paragraphs, or the noisy chapters of a thought “. – Dr Alexandra Dodd

Ruan Hoffmann, born in South Africa, first studied at the University of Pretoria before devoting himself to an artistic career. Now based in Amsterdam, ceramics and materials become important elements in his work, used to achieve deliberately irregular shapes. The artist adopts familiar media to create an intimate sphere, in direct confrontation with provocative and humorous thought. Ruan Hoffmann’s works are presented in several international collections, including the South African National Gallery, the Frans Masereel Centrum, in Belgium, and the Museo de Arte Moderno, in the Dominican Republic.