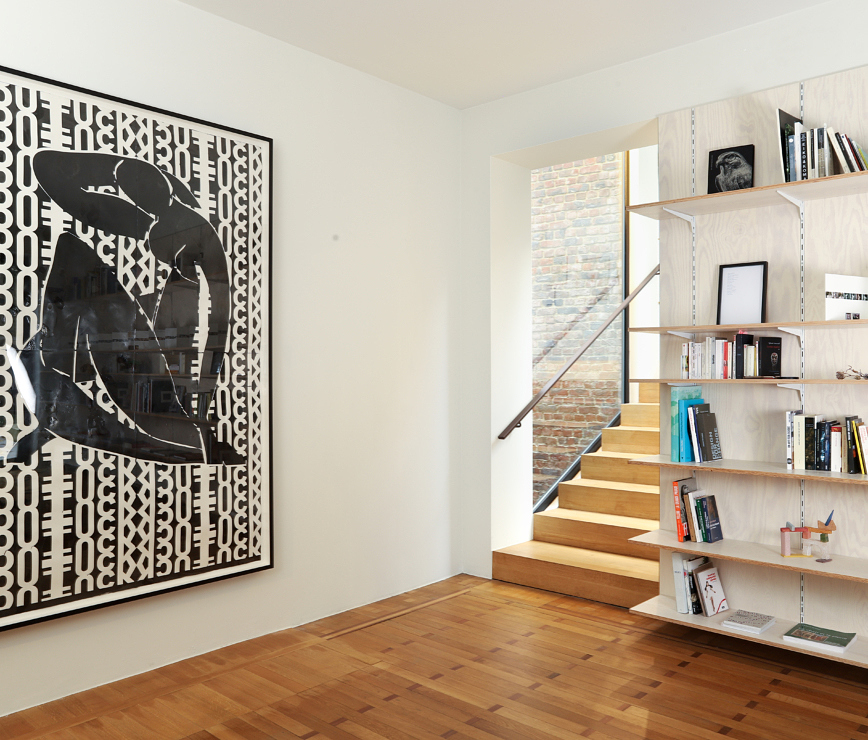 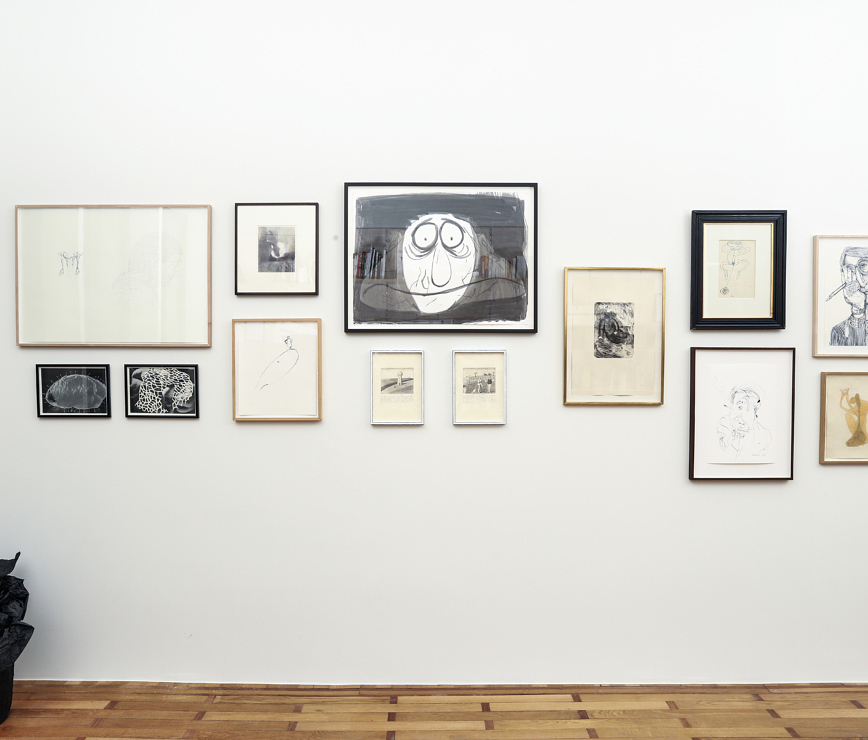 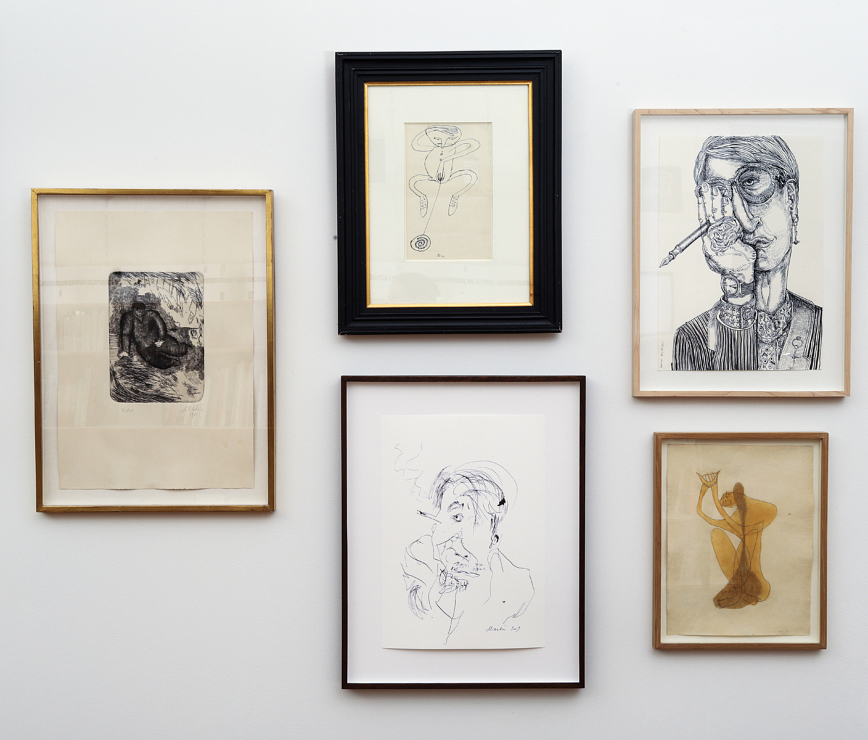 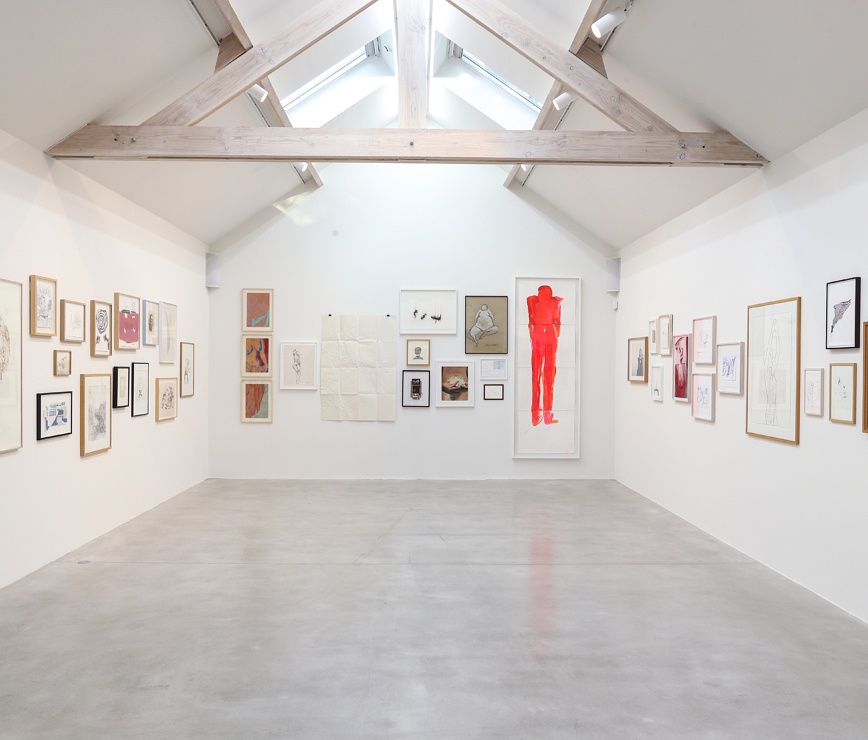 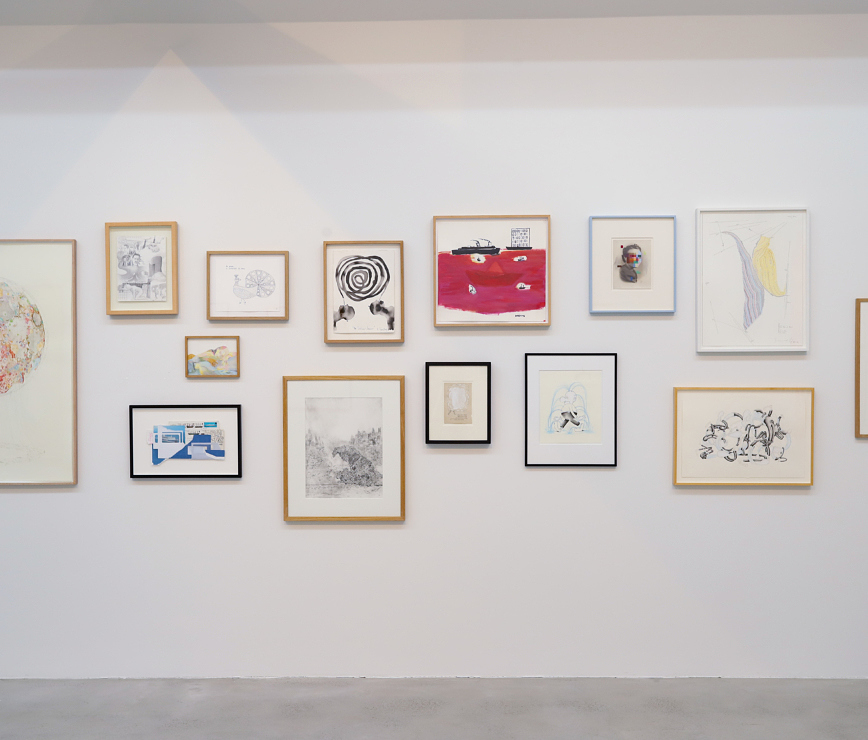 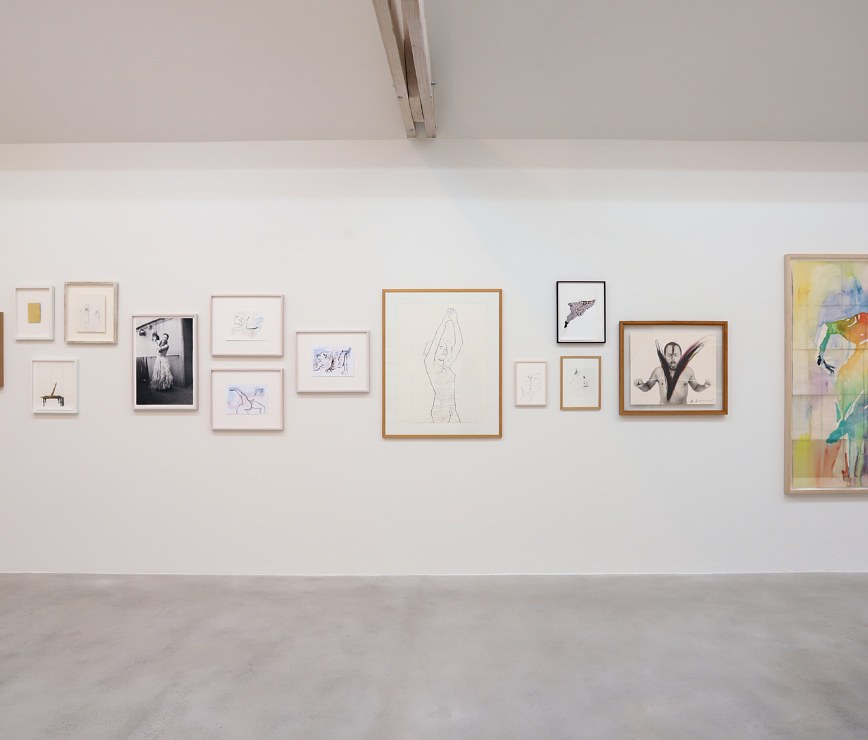 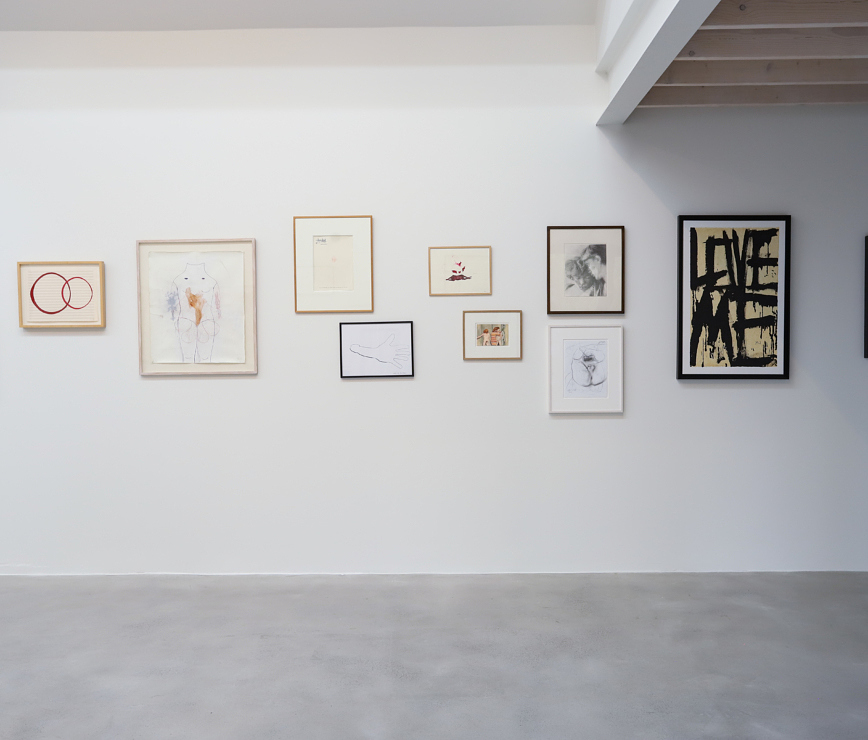 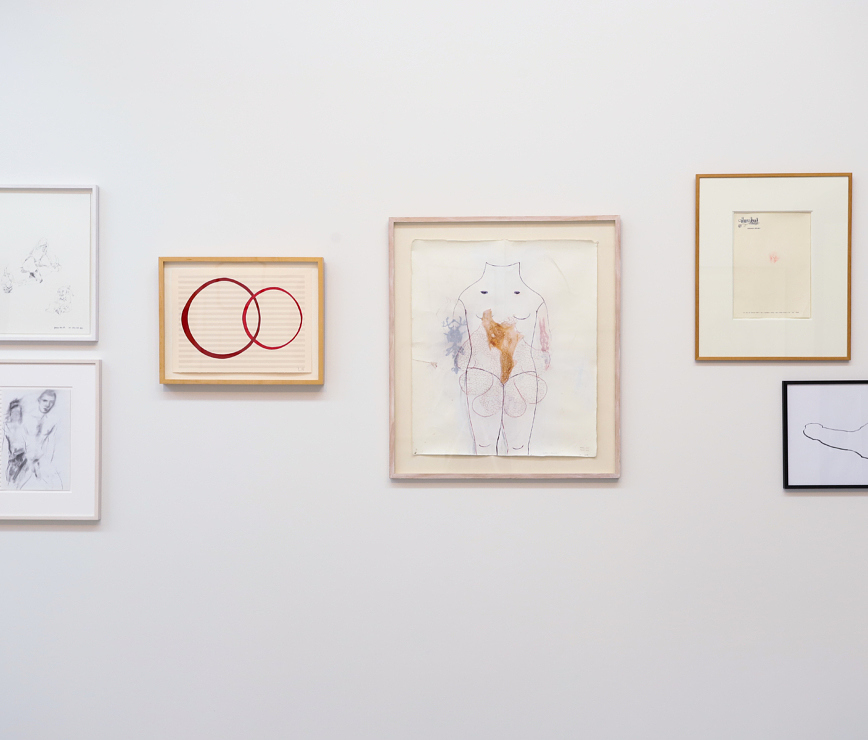 We are pleased to invite you to the opening of a cabinet de curiosités gathering works on paper from Brussels private collections with the kind participation of collectors Isabelle Bourne, Yolande De Bontridder, Frédéric de Goldschmidt, Cédric Lienart de Jeude, Nathalie Guiot… and the knowing look of Anne Pontegnie.

Brussels collectors agreed to release their works on paper, each made a list, rediscovered hidden treasures he thought he had forgotten, and in an almost adolescent excitement, they found each other, confronted each other with their eyes. created associations, bridges … to make this exhibition a cabinet of ephemeral graphic curiosities, a sulphurous strand A hundred works of artists from various horizons, hung on the walls all-over, federated by the medium of paper and its fragility.

Operate an encounter, that of works that question our identities, our desires, our solitude. To descend into the depths of our soul, our bodies and its visceral network that we pretend to ignore. Traveling in erotic and secret waddled dreams, intoxicating with the frenetic and smoky features of ink and charcoal, or like a voyeur, watching the sexual activities of a clandestine couple, or taking in p Leine figure, exhibitionism assumed a portrait … A pictorial journey that deploys the exuberance of our beings, our multiple identities. Living is diluted in “habit you are” … Let us free our social tinsel, let down the masks, wander … Living the intimate is also a maze, a labyrinth for curious minds; in the intimacy of this house with domestic spaces, there are preparatory drawings that shape a collective utopia, other papers as joyful attempts at mineral or chromatic abstraction, from the lyricism of the artist. The body as habitat , idealized, exhibited, mutilated by some demiurgic forces. A psychedelic graphic cabinet that coats and provokes the spectator, discovering, hopefully, in the infinity of these propositions, his inner house, a part of his soul, his yin and his yang … just switch on the switch. The benevolent humility of a Francis Alÿs, the exposed body of a Paul-Armand Gette, the poetry of the gesture of Helena Almeida, the belching of Arnulf Rainer, etc. an infinite maelstrom, comic, an invitation to leave the frontiers of good taste.

Thanks to Isabelle Bourne, Yolande De Bontridder, Frederic de Goldschmidt and Cedric Lienart de Jeude for having released the treasures of your secret cabinets, thus contributing to share with the public our passion for art ; A contemporary eye on the emerging art scene, set in space with the kind participation of Anne Pontégnie.

Practical information
Exhibition from Thursday, October 24 to Saturday, December 7, 2019
Closed: 1st and 2nd November 2019
From Wednesday to Saturday, from 14:00 to 18:00, and by appointment
Free from 23 to 27 October during the Brussels Drawing Week, then a single fare of 5 €