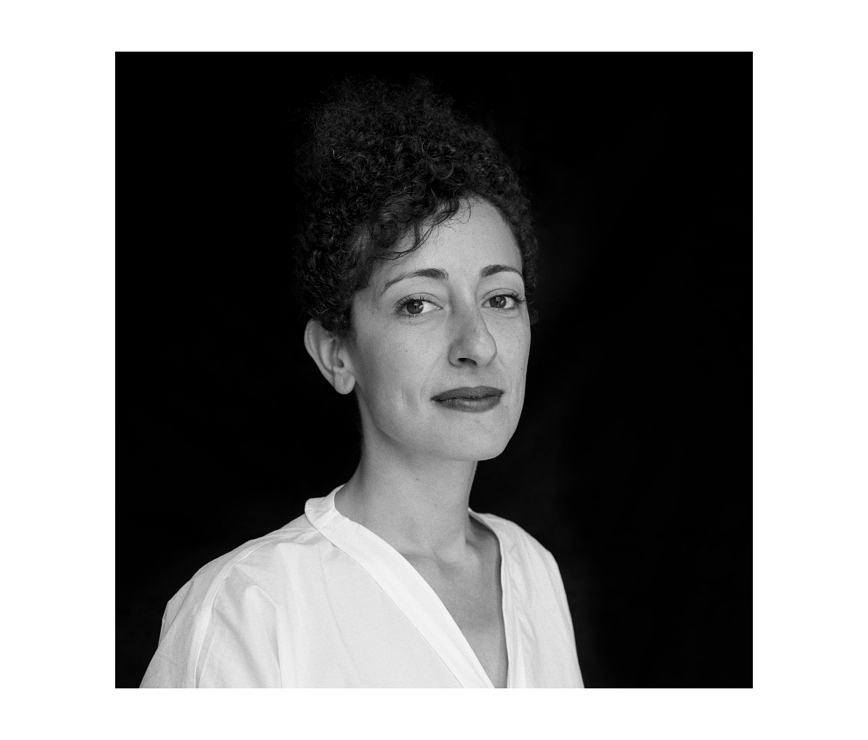 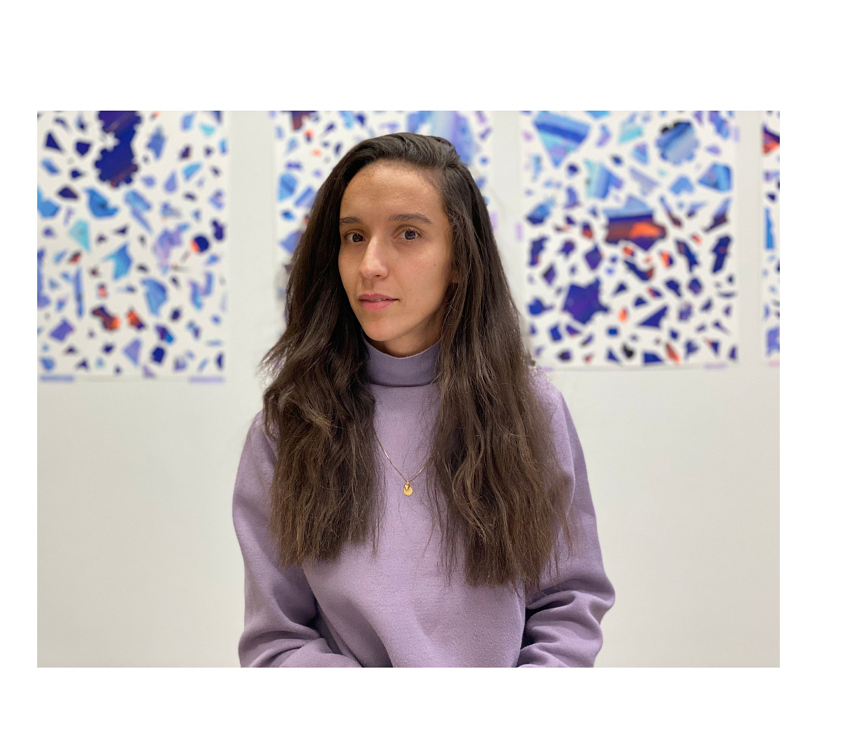 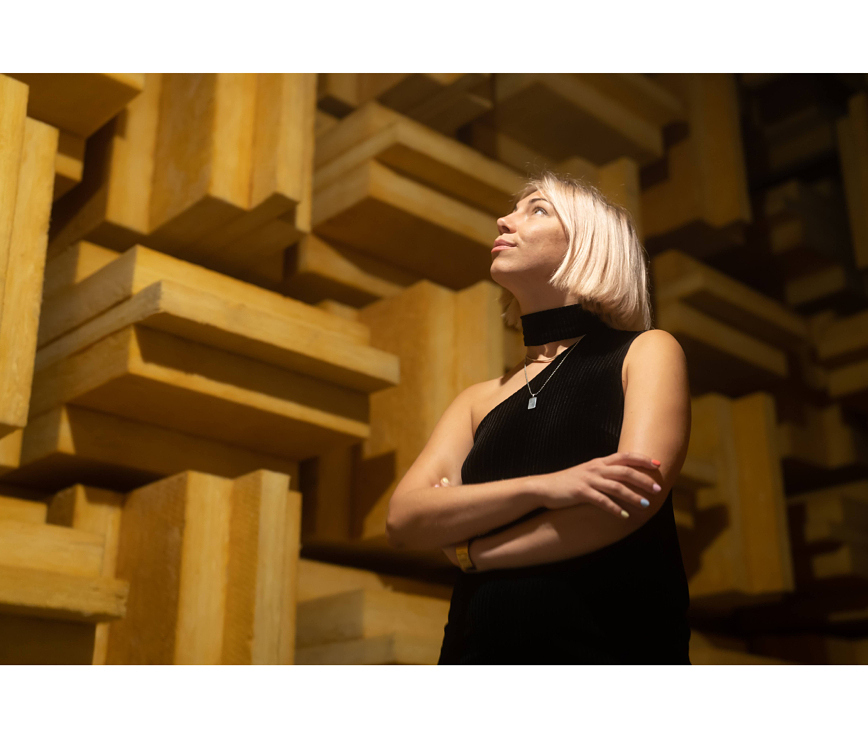 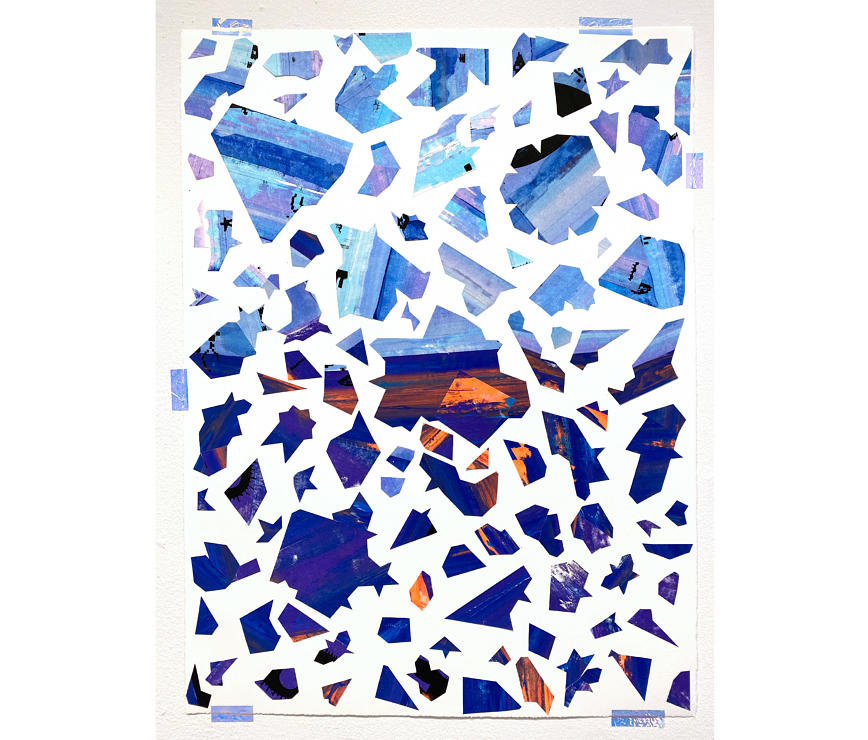 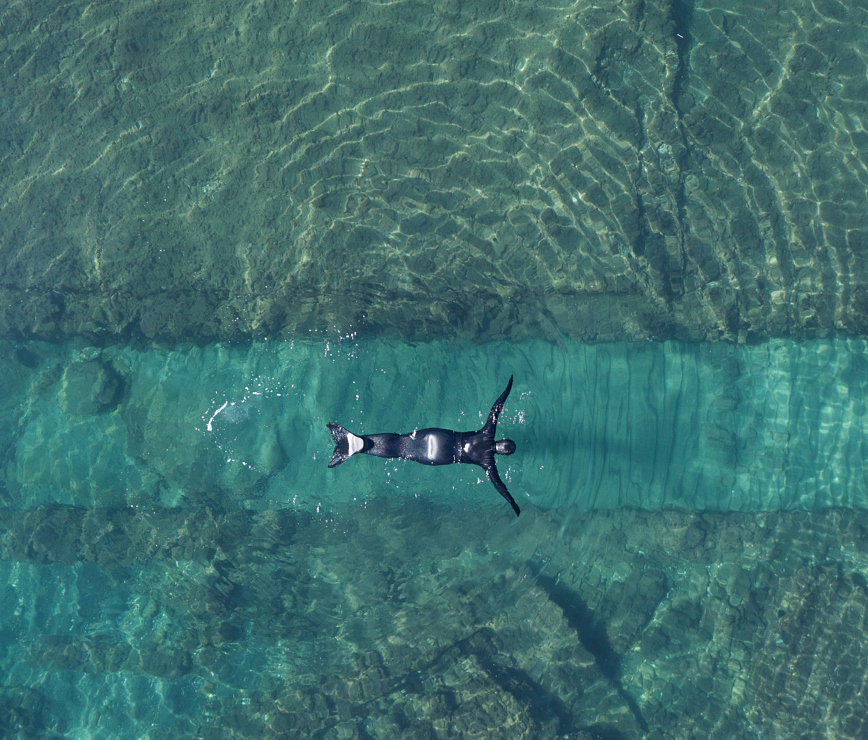 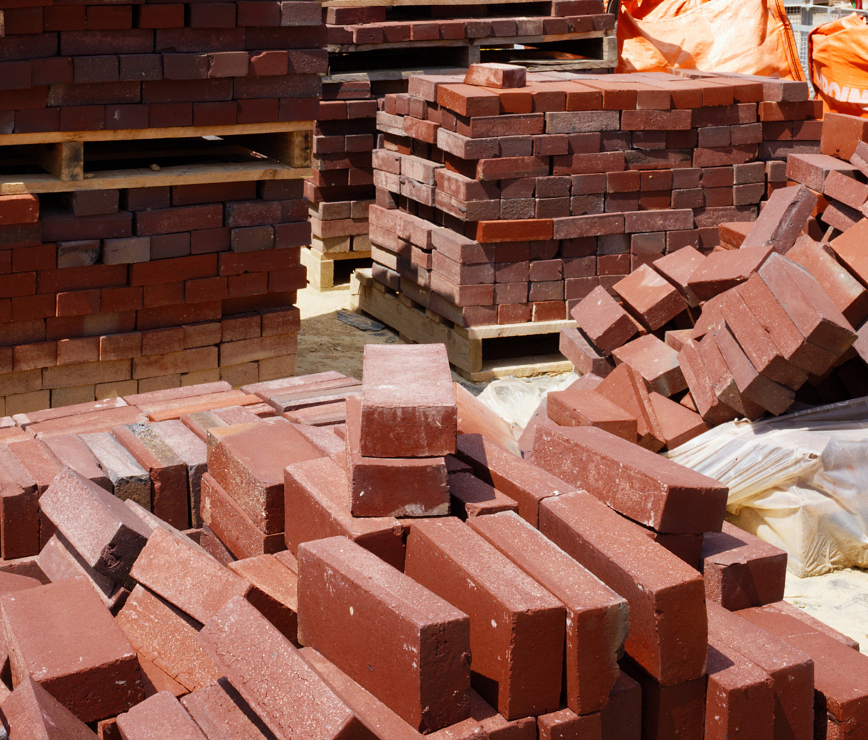 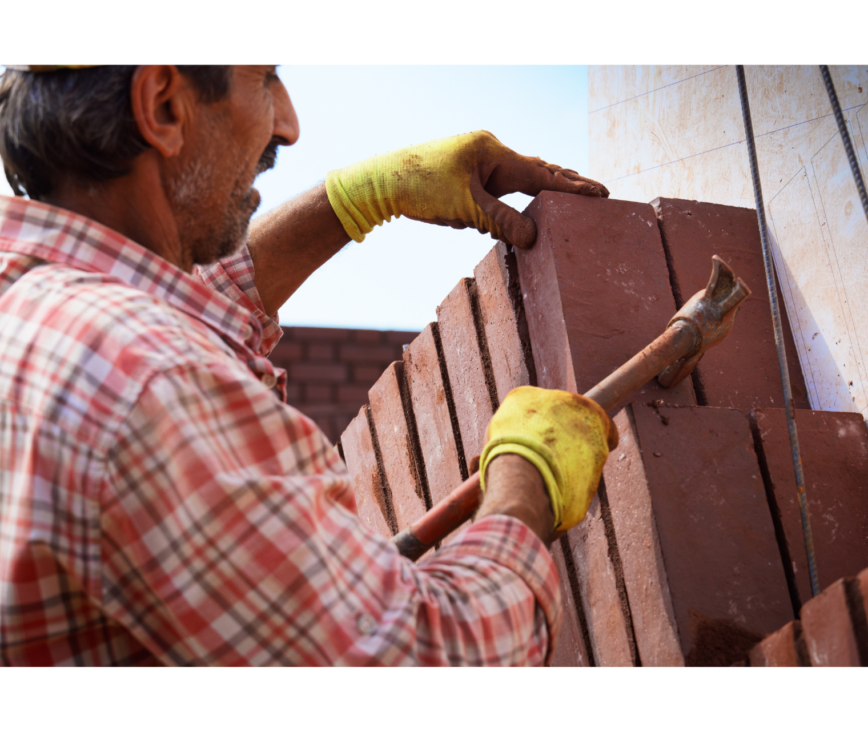 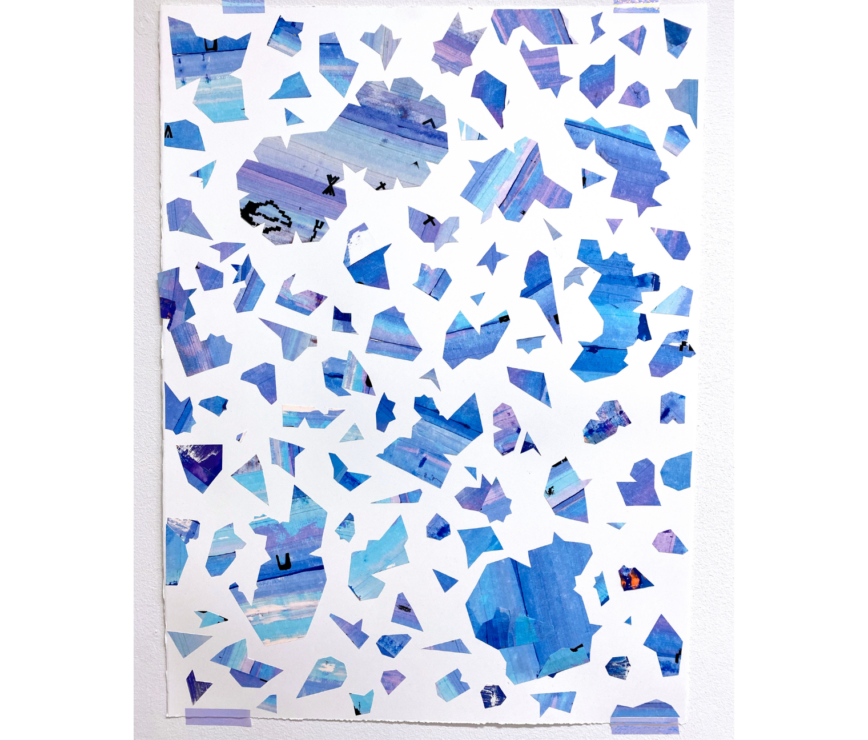 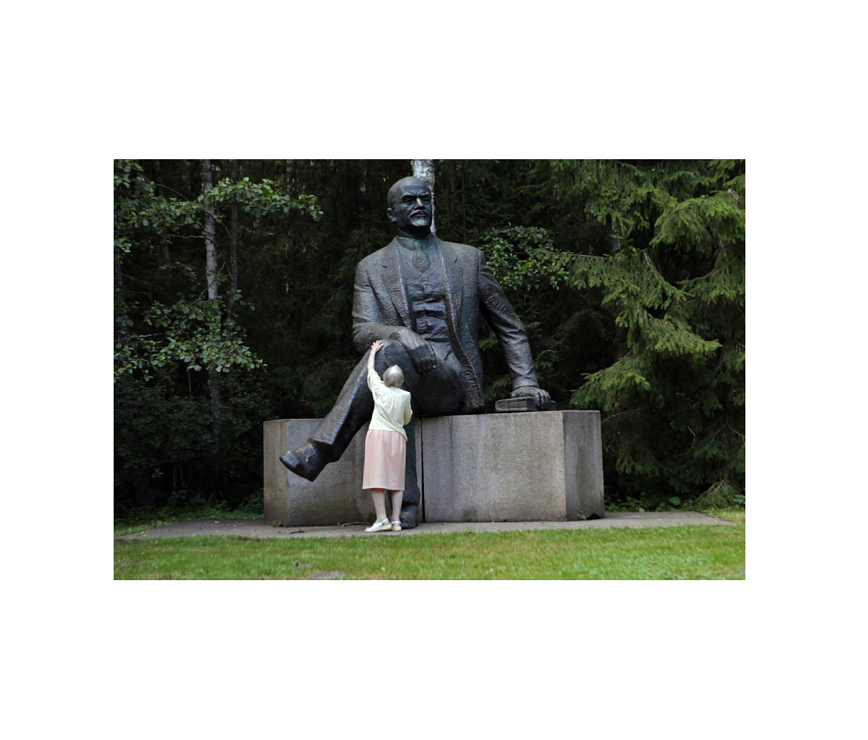 The Fondation Thalie highlighs multidisciplanry artistic practices, with an emphasis on the dialogue between visual arts and craftsmanship. For the upcoming exhibit, the foundation looks to question our relationship with time as a witness to our moments spent on earth through architecture and visual arts.

Titled Warché,  meaning worksite in Arabic, the exhibit is based on the personal history of Lina Ghotmeh, a Beyrouth native architect who defines herself as a new kind of archaeologist, searching in our past to write our future. As a group show, two contemporary artists will show work alongside Ghotmeh: Emilija Škarnulytė whose work is about the perception of geological time and its influence on history, especially through the marking of the biggest human conflicts in earth, and the work of Sara Ouhaddou about the history of construction and the loss of architectural identities.

Lina Ghotmeh built her architecture career in relation to Beyrouth, “After the war, there was an intense period of reconstruction. The city was fanned and destroyed and then rebuilt. It became like an open sky terrain, a bare field and yet at the same time all of its history was emerging; the Phoenician city, the Greco-Roman civilization, etc. The city was destroyed and rebuilt seven times… I was simply attracted to the material, the ground, and the history of the terrain. I began to think about architecture as a permanent relationship to history and to the remains of the past and of the subsoil.”

For the Fondation Thalie, the architect is taking over the floor of the exhibition space with locally sourced bricks, demonstrating her commitment to this bio sourced material and to earthen architecture, an ancient tradition notably in near Middle Eastern countries and the Mediterranean regions.

The Lithuanian artist, Emilija Škarnulytė, appears alongside as an intermediary between nature and technology or between humanoid creators or not. The immersive sound and video landscape « Sunken Cities » confronts abandoned buildings wrapped up in myths and marked by decadence with a mermaid figure playing the role of confronting myth. Her work gives off an impression explorating sunken cities with a retro-futuristic view of our planet, a perspective of a time not yet passed, in which the human race has perhaps disappeared and where nature has taken over. Škarnulytė explains: “The ruins of human activity seen from a distant future.”
Finally, Sara Ouhaddou, the French artist with Moroccan roots, recovers drawn plans of Islamic geometry and deconstructs them in order to create new shapes, a geometrical alphabet. The exhibit unveils a new series of collages created from images of pieces of sky, inspired by architecture, written Arabic, or Berber symbols created by craftsmanship. Archaeology is found here through the ambivalence of disappearance/appearance exalting the emergence of a trace, either fake or real.

The Warché exhibit questions both the witnessing of us by the earth and the responsibility of our interpretations, whether political or poetic. It is created through the history of Beyrouth, the sunken Roman city of Baiae, and Arabic geometrical architectures and places us where we become witnesses to a world that is in the future, present, and the past.

• Winner of the prestigious Schelling Foundation Architecture Prize in 2020, Lina Ghotmeh  (born in 1980 in Lebannon) has overseen visionary projects at the Estonian National Museum and the El Khoury Foundation’sStone Garden (Beirut). She currently teaches at the Yale School of Architecture and at the University of Toronto; she is co-president of the RST ARCHES network. Lina Ghotmeh is invited as guest speaker during the Lifecycles Festival (28-30 September 2022, Gent).

• Emilija Škarnulytė (born in 1987 in Lithuania) creates installations and movies that explore the idea of time and invisible structures on a political, geological, and environmental scale. Winner of the Future Generation Art Prize in 2019, she represented Lithuania during the XXII International Exhibition of Triennale Milano and had a solo show at the Tate Modern in 2021.

• Sara Ouhaddou (born in 1986 in France) works between France and Morocco. Her artistic practice questions the use of design as a tool for economic, social, and cultural development, especially within local communities of Moroccan craftsmen. Winner of the 2014 Prize for the Arab Fund for Arts and Culture (AFAC) and the Wanted Design Prize in 2015, she has exhibited at the Marrakech Biennale (2016), the Palais de Tokyo (2020), and at Z33 (2021).

Anissa Touati is a curator with an archaeological background. She is currently the head curator of the Paris Internationale art fair, a guest curator at the Fondation Thalie and the artistic director of the Pavilion for a Mediterranean Nation at the Biennial of Lagos, Nigeria (2022-2023). Formerly the artistic director of the Contemporary Istanbul art fair and associate director of the Chalet Society in Paris, she has organized exhibits around the world, notably in Turkey, Lebanon, Mexico, Argentina, the United States, Italy, and France. She helped launch “Cycles of Collapsing Progress” at the BeMA museum in Lebanon in 2018. Since 2021, she has been a member of the MAH (Musées d’art et d’histoire) committee in Geneva, the acquisition committee of the FRAC in Corsica, and on the jury for the École nationale supérieure d’architecture Paris-Malaquais and the Pujade-Lauraine Prize.

Opening on Wednesday 7 September, 4 pm to 9 pm
Exhibition from 8 September to 3 December 2022
From Wednesday to Friday from 12pm to 6pm, on Saturday from 11am to 6pm
Entrance 5€ / Free* (on presentation of suitable evidence)
*Students, teachers, -26, job seekers, SMART members

Commented tour every Wednesday and Saturday at 3 pm. Free entrance every first Saturday of the month.

Program of events in and around the exhibition, in person and online on fondationthalie.org with the artists of the Warché exhibition and guests such as the philosopher Isabelle Delannoy, educational workshops led by Sara Ouhaddou, poetic walks in the city etc. Find out more about our program from the end of August on our website.

With the support of Eeckman Art & Insurance, in partnership with Brussels Design September.