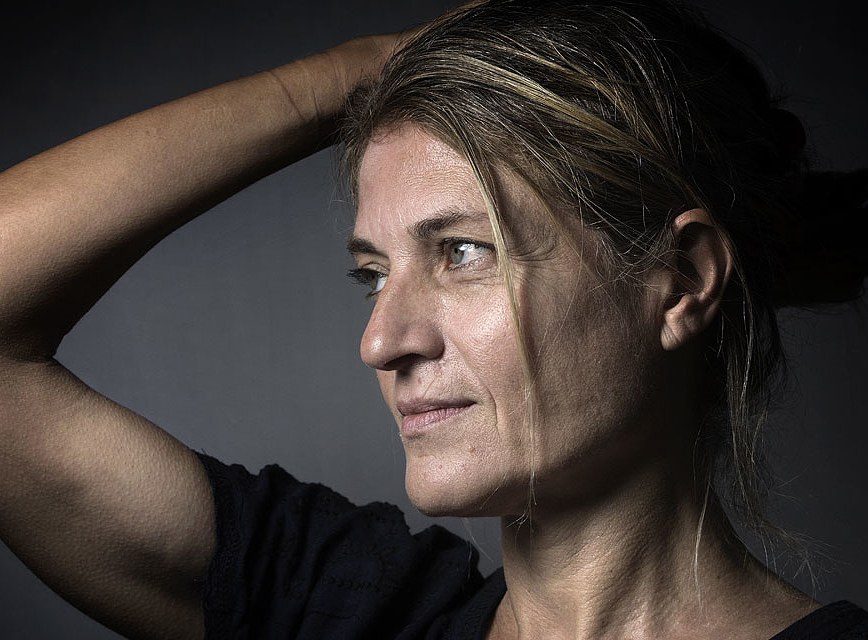 The Fondation Thalie invites personalities to come and talk about their relationships with books and to offer their ideal bibliography through five titles, which will feed the Foundation library to make it a shared library, both timeless and marked by time.

Nathalie Azoulai‘s latest novel, Clic-Clac (P.O.L.), depicts the story of Claire Ganz, an endearing female character who seeks truth after the death of her mother and decides to make a film. To cut the head to its melodrama and to this cinema of men which never shows that women eternally transient in love. A virtuoso approach to writing through cinema. A strong drawer novel that the novelist published simultaneously in 2019 with the monologue En découdre (POL).

In En découdre (P.O.L.), she tells through a lively monologue the story of a woman who frequents a painting museum where he never pass anyone. She comes there every day and inexorably finds the same museum keeper there. “You are a mystery, without chic and elegance, but you are a deeper mystery than anyone I have come across in the salons. She secretly addresses this guardian in the main hall. The man is without quality, unpretentious and reminds us of Melville’s little scribe, Bartelby. She wonders who he is, how he lives, what he can hear on the paintings he watches, how he does to drive …

Born in 1966 in Nanterre, Nathalie Azoulai graduated from the École normale supérieure. French woman of letters, she received the Medici prize in 2015 for her novel Titus n’aimait pas Bérénice, which puts the steps of its narrator in those of Jean Racine. In 2018, she published Les Spectateurs aux éditions P.O.L., a complex novel in which politics, family life and Hollywood cinema are intertwined under the eyes of a young adolescent who seeks to understand the exile of his parents to become a western man. In 2019, she published Clic-Clac, the story of a film that Claire Ganz wants to shoot on the death of her mother, by P.O.L. In the margins of the novel, she also writes for television, in particular with the director Jean-Xavier de Lestrade (Murderous journey of an ordinary mother: the Courjault affair, broadcast on Arte in 2009), as well as for radio, theater and youth, in tandem with the designer Victoire de Castellane. She lives and works in Paris.

The “bibliothèque idéale” of Nathalie AZOULAI